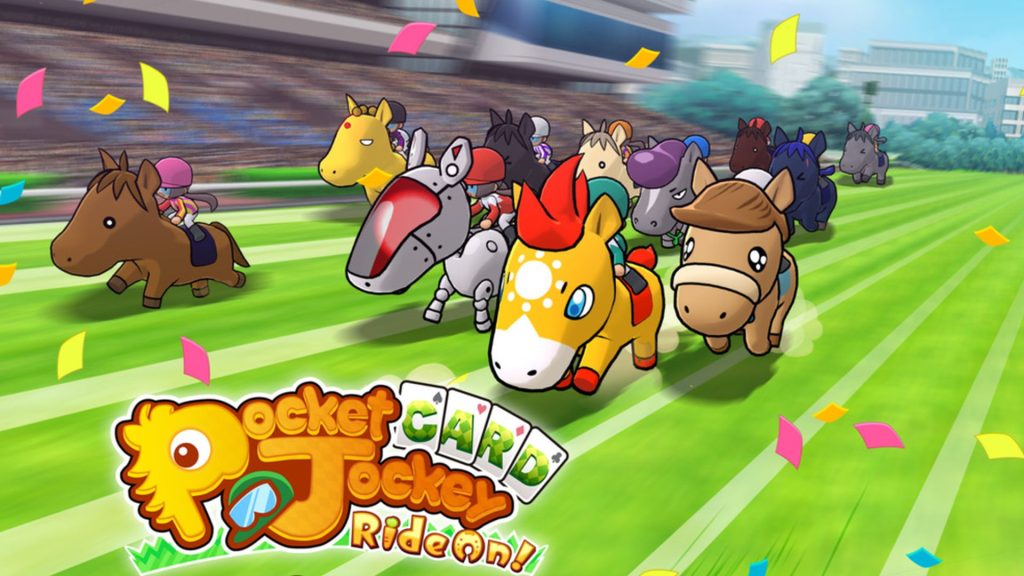 Developer Game Freak, known for its work on the Pokemon franchise, has announced that its card-based horse racing game Pocket Card Jockey is making the jump from the Nintendo 3DS on to iOS devices. The iOS version, titled Pocket Card Jockey: Ride On! will be available through subscription service Apple Arcade, which means that it will feature no form of monetisation, and is set to hit iOS devices on January 20.

According to Game Freak, the core gameplay of Pocket Card Jockey: Ride On! will remain true to its original Nintendo 3DS release. The gameplay revolves around breeding various race horses to get the right level of stats, and having them race at various events to earn money and the potential to breed more horses. The twist on the formula is that the racing itself features a mix of stamina management, as well as a game of solitaire that has to be completed in order for the horse to perform better.

It is worth noting that the horse racing sections in the new iOS release will feature fully-3D graphics, in contrast to the 2D artwork of the original Nintendo 3DS release of Pocket Card Jockey.