The Pokemon Go Fest 2018 is set to take place in the coming days on July 14 and 15. Ahead of the event, some exciting potential information has been emerged regarding several Pokemon that will be added to the game in the near future.

The information was shared by dataminer and user of the subreddit The Silph Road, called Chrales, during a livestream, and he found the information by looking into the game’s files. The Pokemon that will be added will be available in regular and shiny forms. Out of the new Pokemon, Chrales had already found out earlier about Celebi last year. Those who attend the Pokemon Go fest will be able to get Celebi by participating in Special Research. If you’re not going to the fest, you don’t have to worry, because Celebi will become available to all players later on.

Of course, this hasn’t officially been confirmed yet, but it looks pretty solid nonetheless. We’ll know for sure either way soon enough. You can check out the list and image below to see the Pokemon that were found by the dataminer. 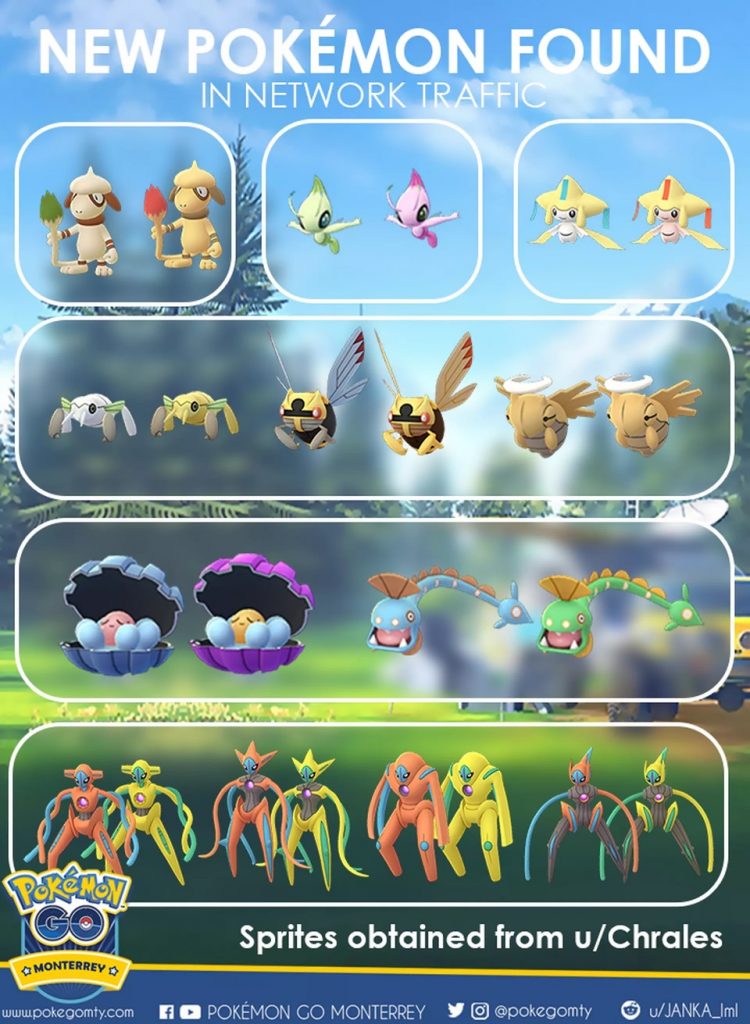