There’s been big news for Pokemon today, with an unexpected announcement of expansion passes for the latest games in the mainline series, Sword and Shield. But it’s not the only way people are getting their Pokemon fix, since the mobile sensation Pokemon GO is still very much alive.

When the game launched, it was something of a phenomenon with the mainstream audiences. While it seemed like the game did tamper off a bit in the following years, it’s actually been as active as ever, at least in relation to revenue. Sensor Tower reports that 2019 was actually the best year for the mobile game in terms of player spending, as it pulled in a whooping $894 million worldwide. That just edges out its launch year of 2016, where it raked in $832 million. It’s quite a number just in isolation, but when you consider that the usage of microtransactions in Pokemon GO is relatively limited, especially compared to other mobile games, it becomes even more incredible.

Pokemon GO is available now for all compatible iOS and Android mobile devices. 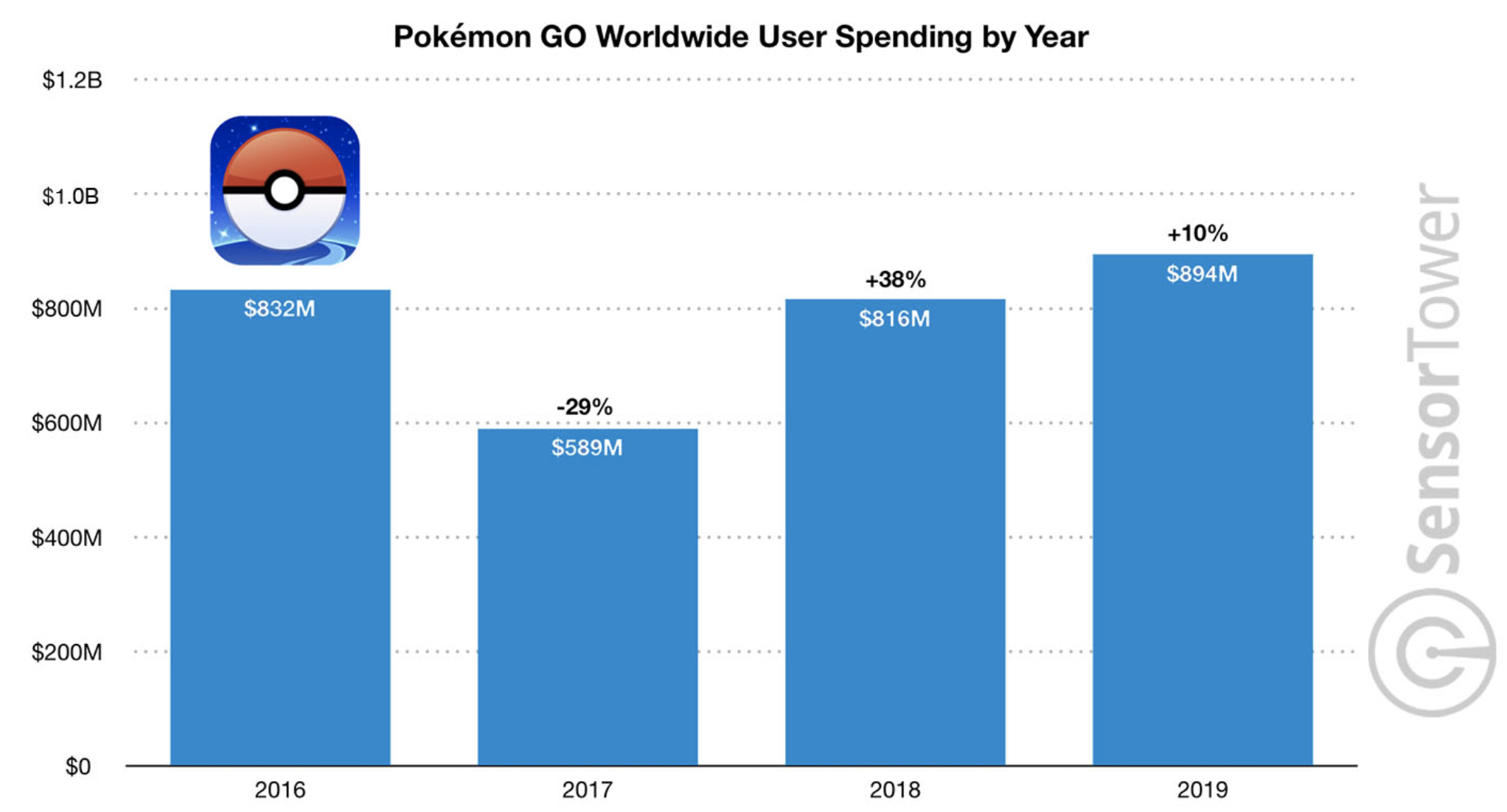