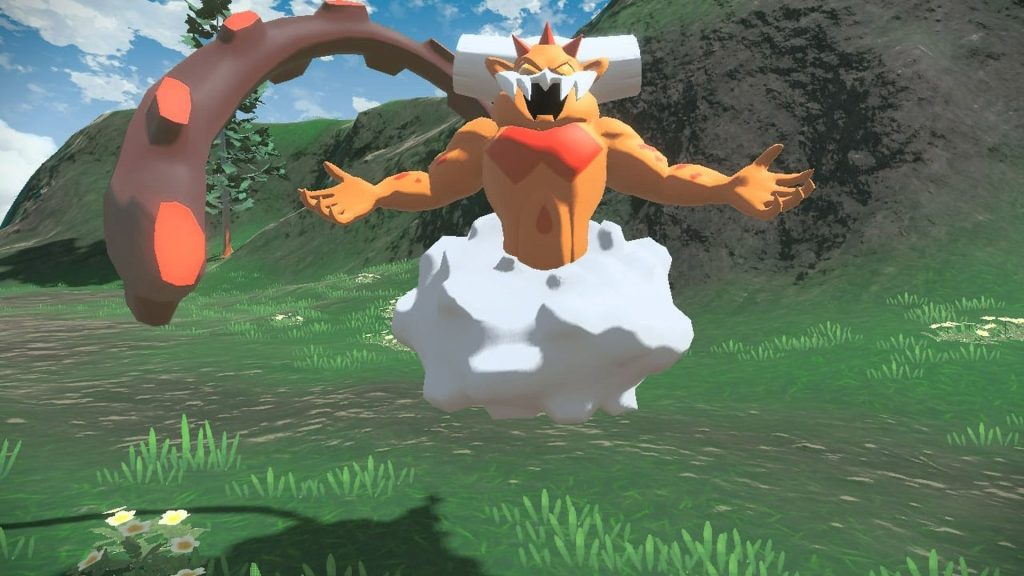 The Forces of Nature are all present in Pokemon Legends: Arceus but worry not – they can all be captured, provided you’ve got a team that caters to their weaknesses. Starting with Tornadus, you’ll first need to take on the Request “Incarnate Forces of Hisui.” Go to Galaxy Hall in Jubilife Village and following the cutscene, you’ll receive the Request from Cogita.

Head over to the Alabaster Icelands when there’s a snowstorm going on and look around the Bonechill Wastelands. If there’s no blizzard, simply rest until one occurs.

Once it sees you, it will start throwing whirlwinds so start dodging. Throw items like Sticky Glob, Spoiled Acorn, Snowball and so on to take down its barrier and either throw a Pokeball to catch it or fight it. Tornadus is level 70 and possess the skills Extrasensory, Crunch, Hurricane and Bleakwind Storm. Due to being a Flying type, it’s weak to Rock, Electric and Ice Type Pokemon.

How to Catch Thundurus

Continuing on with the “Incarnate Forces of Hisui” Request, you can find Thundurus in the Cobalt Coastlands. First, make sure there’s a thunderstorm in progress, then look around the area between Sand’s Reach and Lurker’s Lair. Upon spotting the player, it will start conjuring thunderstorms. While on Basculegion, jump or boost past these and start throwing the same items that were used on Tornadus. You only need one hit to take down its barrier – follow this up either with a Pokeball or by fighting it.

Thundurus is level 70 and possesses the skills Extrasensory, Crunch, Thunder and Wildbolt Storm. As an Electric/Flying Type, its weaknesses include Rock and Ice attacks.

How to Catch Landorus

Your next stop for the “Incarnate Forces of Hisui” Request takes you to Ramanas Island, located south in the Obsidian Fieldlands. Landorus resides here and, as you’ve probably guessed, will start attacking. Avoid its whirlwinds and throw items to take down its barrier (which requires at least three hits). Begin battling to eventually catch it.

Landorus is level 70 and, just like its companions, has Extrasensory and Crunch. Its other abilities include Earth Power and Sandsear Storm. As a Ground/Flying Type, it’s weak to Water and Ice attacks.

The final Pokemon of the “Incarnate Forces of Hisui” Request and the fourth member of the Forces of Nature is Enamorus. After capturing Tornadus, Thundurus and Landorus, speak to Cogita who will inform you of Enamorus. Travel to the Crimson Mirelands and investigate the Scarlet Bog. After spotting you, she’ll begin attacking and fleeing – getting hit by a tornado will confuse you and invert the controls so be careful.

Throw items and hit her four times to disrupt her barrier. Once this is done, throw a Pokeball to capture her or start the battle. Enamorus is level 70 and along with Extrasensory and Crunch, she possesses the skills Moonblast and Springtide Storm. As a Flying/Fairy Type, Enamorus is weak to a multitude of different Types like Poison, Rock, Steel, Electric and Ice.