These will be the three main stories you'll be following throughout the game, and can be tackled across the open world in whatever order you wish. 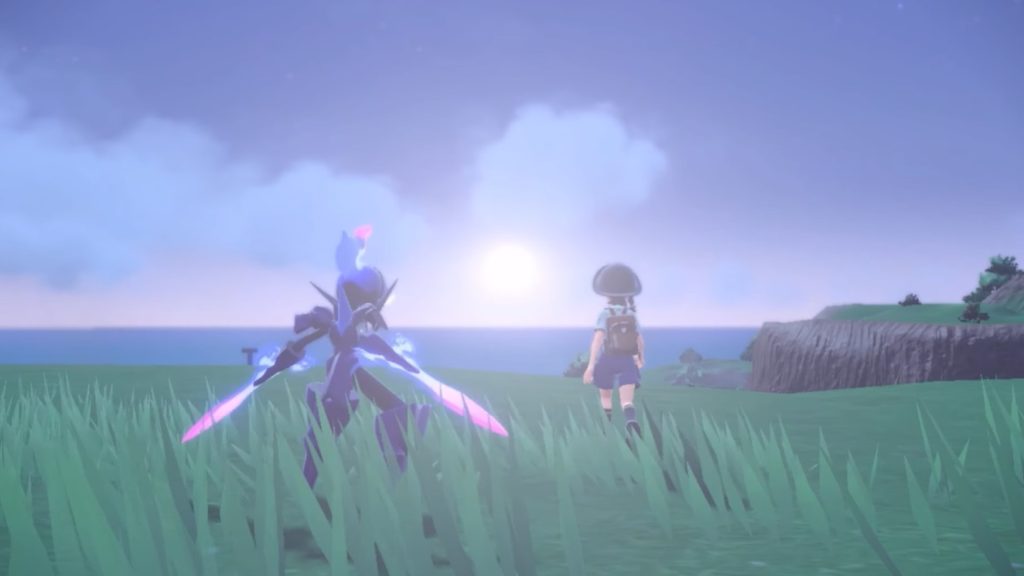 As promised yesterday, The Pokemon Company has released a new trailer for Pokemon Scarlet and Violet, keeping the hype train rolling in anticipation of the RPG duo’s launch in November. Called “Seek Your Treasure”, the trailer shines the spotlight on the three main stories that’ll make up the bulk of the games’ single player campaign.

Pokemon Scarlet and Violet will kick off with you enrolling in an independent study project focused around a “treasure hunt” theme. The three main stories that’ll collectively make up your adventure are called Victory Road, Starfall Street, and Path of Legends. As confirmed previously, all three will be accessible throughout the open world at the same time and can be tackled in whatever order you wish.

Victory Road, as the name suggests, is your tradition Pokemon journey. You’ll travel to and challenge eight Pokemon Gyms scattered throughout the Paldea region, before then having to pass the Champion Assessment test at the Pokemon Leage headquarters to ultimately become the Pokemon Champion. A couple of characters from the Victory Road story have also been revealed, including the Pokemon League Chairwoman Geeta, and the Artazon Gym Leader Brassius.

The second main story is the Path of Legends, which will see you travelling with researcher Arven throughout Paldea in search of an extremely rare ingredient called Herba Mystica, which is supposedly a very potent healing herb. Herba Mystica are guarded by massive Titan Pokemon, whom you’ll have to take on in duels and defeat.

Finally, there’s Starfall Street, which will see you taking on a troublesome and rebellion group known as Team Star. Formed by some of the most rebellious students of the school you have joined, Team Star will have several squads scattered throughout Paldea, with each having its own base and being led by its own boss. Players will travel to these bases, take on Team Star members, and defeat their bosses in glitzy battles where they will show up in special vehicles called Starmobiles. One of the bosses is Mela, the boss of Team Star’s Fire crew, the Schedar Squad.

You can check out the trailer below, and find more details through here. Meanwhile, details have also been revealed on a couple of new gameplay mechanics being introduced in Pokemon Scarlet and Violet, called Let’s Go and Auto Battles.

Pokemon Scarlet and Violet are out on November 18 for the Nintendo Switch.