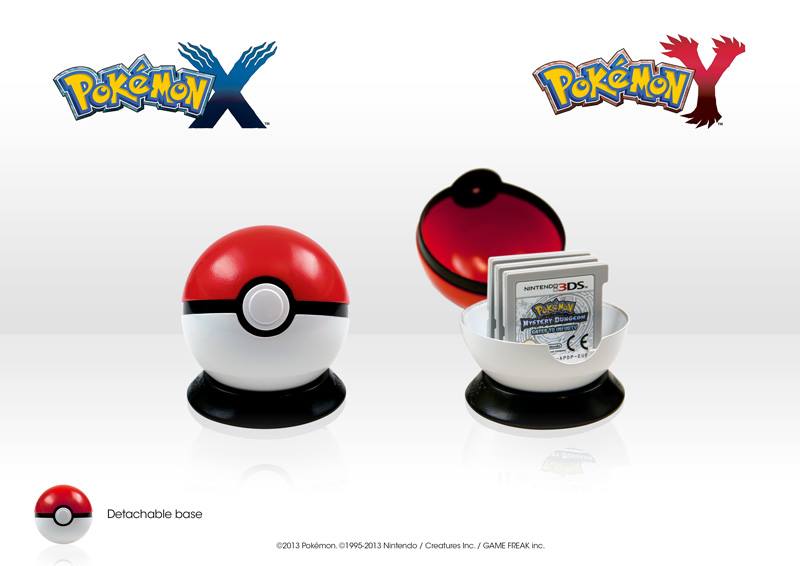 Pokemon X and Y are releasing soon. Easily among the biggest release in a year that includes a Grand Theft Auto, an Assassin’s Creed, a Call of Duty, a FIFA, and a Battlefield, the games are sure to sell out when they hit all territories simultaneously later this year.

And now, the pre-order bonuses for the game from GAME have been revealed, and they are sure to drive some more sales of the game, as if it needed any more in the first place. Check out that beautiful Pokeball shaped card holder that they give you if you preorder the game. And it’s just for EU so far!

Hopefully, if previous Pokemon preorder bonuses are anything to go by (such as those brilliant Ho-oh and Lugia figurines that they made available with HeartGold and SoulSilver), this will also make its way over to the US, probably as a Gamestop exclusive. For now, we can just look at it and hope.