"We are reaching the point where it’s crazy to think [that we’re] literally going to be too old to work on Portal 3, so we should just do it," says Erik Wolpaw. 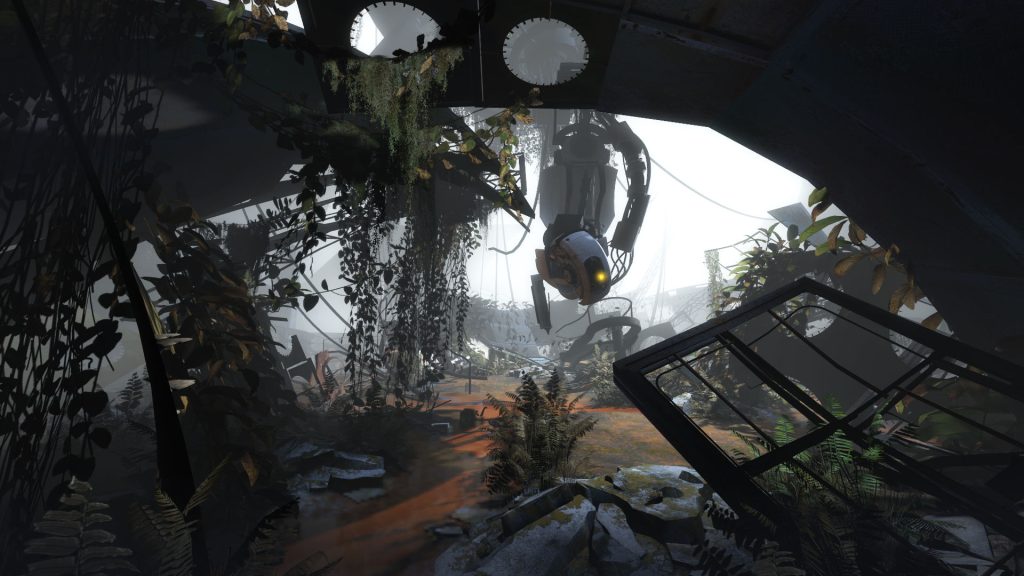 Valve’s output of major game releases has dried up significantly over the last decade, with 2020’s VR-exclusive Half-Life: Alyx being the only major AAA game the company has released in that period. For a studio with as many beloved properties under its belt as Valve has, that’s been a tough pill for fans to swallow, with many having been waiting for sequels to a number of franchises for what feels like forever.

One of those is Portal. The incredible Portal 2 launched back in 2011, and even now, more than a decade later, the series’ ravenous fanbase remains hopeful of a sequel. And while there’s little to no indication that one will be greenlit by Valve anytime soon, people involved with the franchise, it seems, are just as keen on seeing it continue as its fans.

Speaking recently on the Kiwi Talkz podcast, Erik Wolpaw – who wrote both Portal and Portal 2, and also returned to Valve to co-write Half-Life: Alyx – said that he’s hopeful Valve will start working on a new game in the series, because he feels they’re “literally going to be too old to work on Portal 3” if they wait too much longer.

“We’ve gotta start Portal 3. That’s my message to… to whoever,” Wolpaw said (transcribed by VGC). “I am not getting any younger. We are reaching the point where it’s crazy to think [that we’re] literally going to be too old to work on Portal 3, so we should just do it.”

When asked if he personally would like to be involved in a new Portal game, Wolpaw said: “I would love to. I’d work on another Portal in a second, but I can’t make it happen by myself.”

He went on to add that while he would certainly advocate for a third instalment in the series, given the fact that Valve’s staff is constantly split across a number of things that are vying for attention – from game development to Steam and more – getting a major new Portal game off the ground might prove to be complicated.

“I could advocate for it […] it might help a little bit, but the problem is [Valve has] 300 employees and I don’t know exactly the breakdown – how many of them are on the production side versus Steam business side versus legal versus whatever,” Wolpaw explained. “So there’s a lot of opportunity cost to taking 75 people and trying to get a game made. As much as it seem like Valve often [is] just a bunch of people sitting around sipping gin and tonics by a pool, everybody’s working.

“They’re working all the time, it’s just you don’t always see the [result], it doesn’t always end up coming out, or it comes out years later, it gets turned into something else. So everybody is accounted for, I guess is what I’m saying. People are all doing something.

“So you’d almost have to take them – it’s like a revolution – [and] stir up a bunch of people to leave what they’re currently working on and come work on something else, in this case it would be Portal 3.”

Earlier this year, Valve released Aperture Desk Job, a free short set in the Portal universe accompanying the launch of the Steam Deck. Meanwhile, in the lead-up to Half-Life: Alyx’s launch, Valve suggested on a number of occasions that the VR title could be followed by more Half-Life releases. Whether the same also applies to Portal (or other Valve franchises) remains to be seen, but long-suffering fans will surely have their fingers crossed.

Speaking of Half-Life: Alyx, recent rumours have claimed that a PSVR2 version of the game is also in the works. Read more on that through here.