PowerWash Simulator has a definitive release date for PS4, PS5, and Nintendo Switch. The game is also getting a special crossover level pack with Tomb Raider. 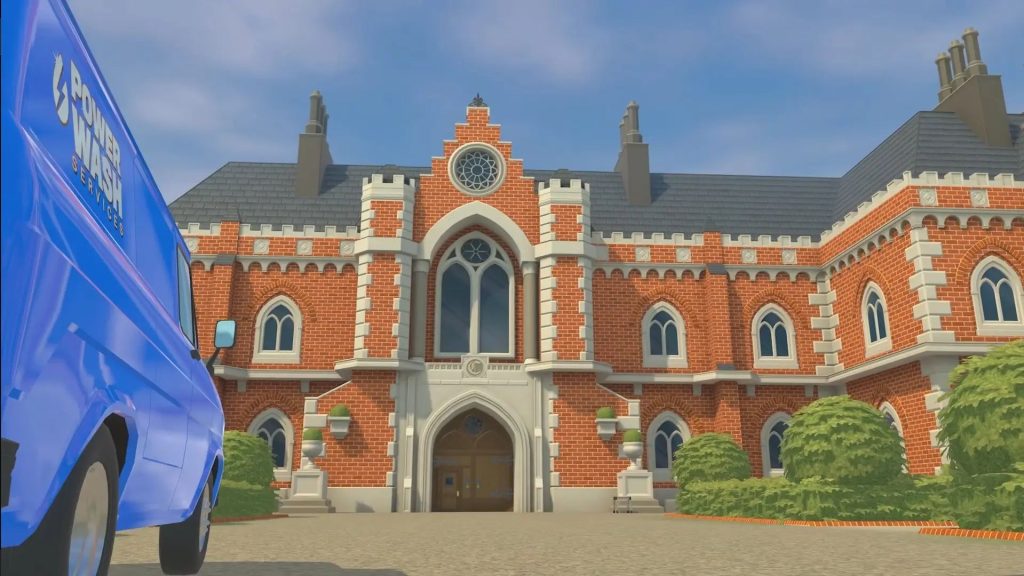 Developer FuturLab and publisher Square Enix have announced that PowerWash Simulator is coming to PS4, PS5, and Nintendo Switch on January 31. Alongside the release on PlayStation and the Nintendo Switch, the game will also be releasing a free update on all platforms featuring a crossover level with Tomb Raider.

The crossover levels will feature Lara Croft’s expansive mansion, which players will have to use their power washing tools to clean through. The level is based on the appearance of the Croft Manor from Tomb Raider 2. The crossover will, in its entirety, feature five levels.

Reports of PowerWash Simulator coming to PlayStation and Nintendo Switch popped up earlier this month through an announcement tweet that was deleted shortly afterwards. The original announcement put the game’s release date at January 30.

PowerWash Simulator was originally released on PC as an early access title back in 2021. Since then, the game has gotten many updates, leaving early access back in July 2022.

In the mean time, PowerWash Simulator is available on PC, Xbox One, and Xbox Series X/S.