Prey: Mooncrash DLC Review – Another Great Reason To Get Into Prey

A new layered experience awaits you in Prey.

The world of gaming today has changed from what it was just five years ago. Downloadable content has become a common place in the gaming community. There are some that are good, some that are bad, some that just weren’t necessary to begin with. But then there’s this one: Mooncrash for Prey by Arkane Studios. It is a piece of DLC that is so meticulously crafted, and infinitely replayable that, coming from one of 2017’s best games, it’s easy to say that this content provided an incredibly good time.

It’s important to note that Mooncrash for PS4 and Xbox One is not standalone content, so in order to play it you must own a physical or digital copy of Prey. And if you haven’t played it yet, you’re missing out on a lot. The game doesn’t have much for tutorials. It will assume that you’ve played the main game and expects you to understand the basics of the controls as you move forward. So, keep that in mind if you decide to buy this without having played the main game. Also, Mooncrash is really a continuation of the Prey game shortly thereafter, and you will see some characters from the main story within it. So, yes, you need to play the base game till the end before you begin the DLC.

In Mooncrash, you are Peter, a hacker who is stationed aboard a spy satellite ordered to intercept TranStar communications simulation. After communications come to a complete stop, it’s up to you to figure out why that has happened. As Peter goes on, he discovers the secrets on why TranStar has stopped communicating, and what the rival KASMA role is in all of this. You’ll be tasked to survive the station and uncover the secrets at hand. Along with that, you’ll be facing waves of deadly enemies and collecting loot that both change each time you go back for more. It’s your job to escape this simulation, and in doing so you will unlock new characters as you escape. In total, a perfect mission will be you escaping with all five characters in a single run by the end. 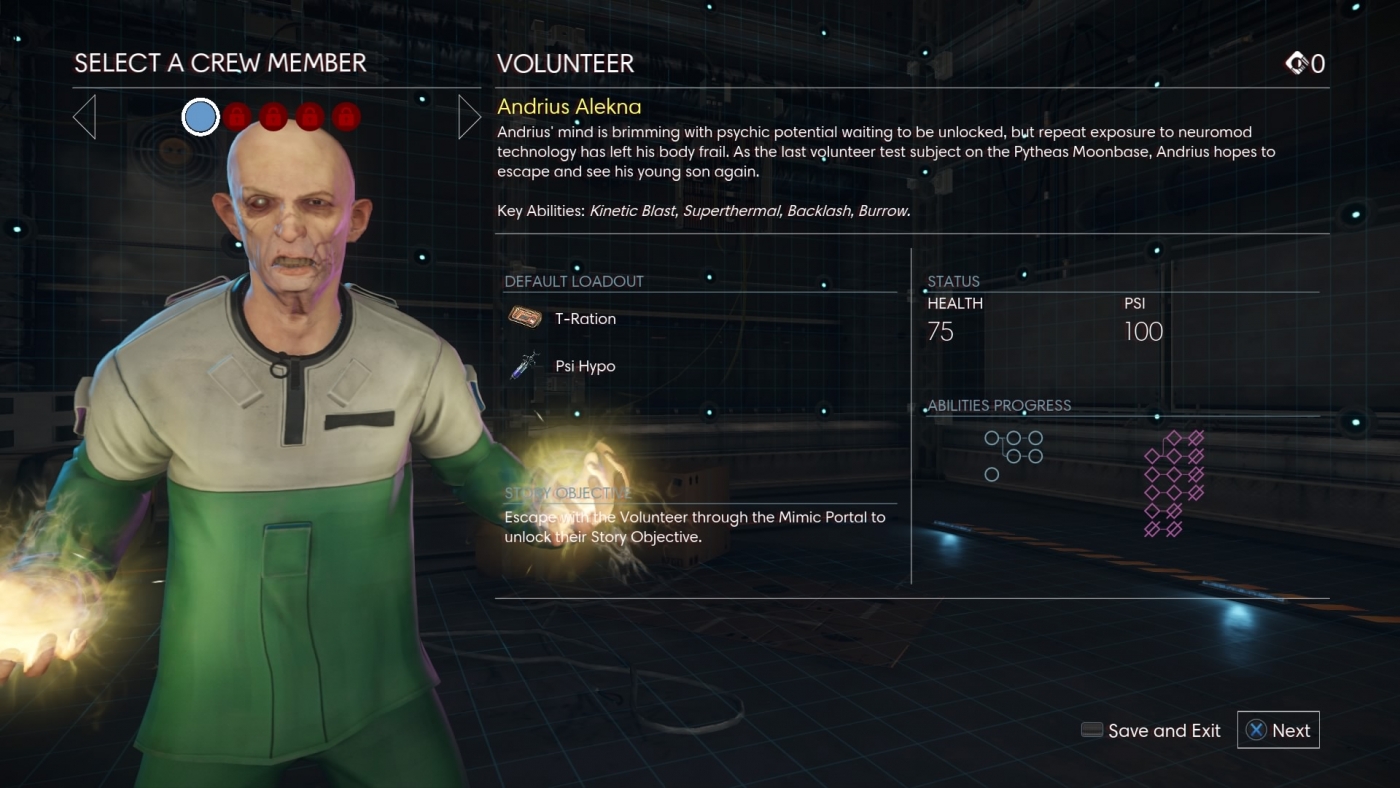 "Mooncrash plays out like a roguelike RPG, where your characters will experience permanent death if they die."

First, getting through this simulation will require you to take on the role of several different characters. With each character having one of several different character classes within Mooncrash. Each character is playable once they have been unlocked. For example, you can unlock the Security Officer just by finding him. Other characters are unlocked by completing specific objectives within the game. The Volunteer is a human-looking typhon who has good strength stats, kinetic blasts, but has low health. The Security Officer carries a shotgun, Combat Focus and higher-than-average health, and can hack security terminals. The Custodian has average health and a dagger. There are a few more classes, but know that each class does have a strength and weakness. Each characters have their unique role in the game; some characters will be good at attacking, while others will only be able to hack, run, or hide from enemies.

Neuromods are unlockable abilities that can actually stay with you, even after your characters experience permanent death. These abilities carry over to the next playthrough so each time you go back with a new Neuromod that’s been unlocked from a previous game, it’s less of a struggle. Neuromods can range anywhere from unlocking extra health, lifting heavier objects, etc.

Mooncrash plays out like a roguelike RPG, where your characters will experience permanent death if they die. Furthermore, the content and experience change each time you go back through a procedural generated simulation. Almost as if someone has reprogrammed the game when you die, nothing will match up to the way it was before you died. Certain locations become accessible, while others are now inaccessible, new items appear as older items are now no where to be found, and enemies that jump out from one locations are no longer there but have found a new hiding spot. The way you go about the mission to escape the simulation can change tremendously with each attempt, or it can actually not change much at all. It’s all very spontaneous and there’s no telling what’s going to happen next.

Killing enemies within the game helps you earn Sim Points. Sim Points are in-game currency that allows you to load up your characters with weapons, items, and more before attempting a new playthrough. With each successful play you’ll earn more points, but points are not as abundant if you decide to take shortcuts for an easy out. Sure, there’s permanent death within the game, but somehow these Sim Points stay with you, allowing you to power up characters, making each run thereafter a little easier until you can fly through the game in one go. 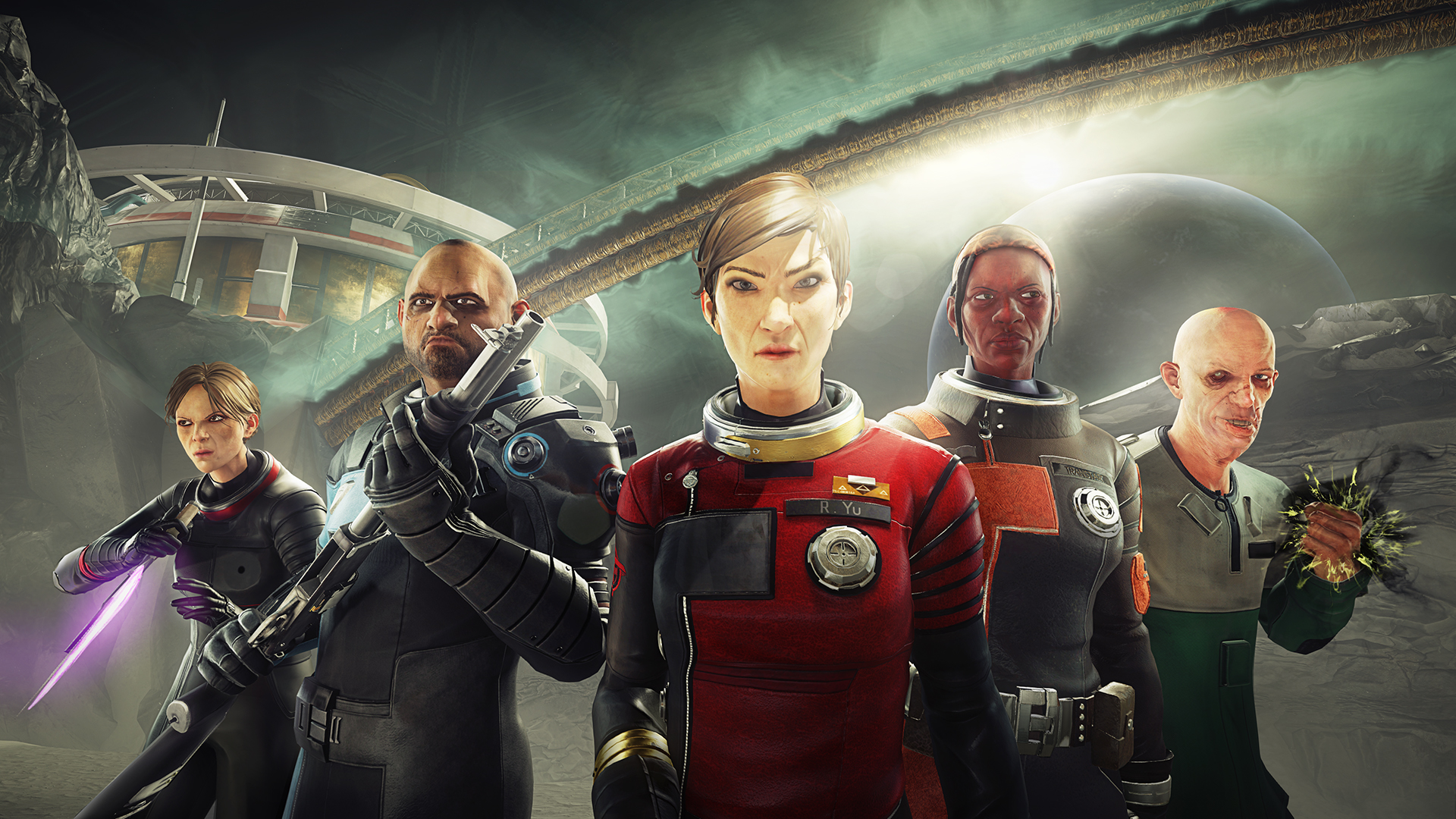 "Getting out of the simulation takes precision in strategies and lots of practice."

Enemies in the game are as robust as they were in the main story. However, the longer you stay within the game the more Corruption occurs. The Corruption gauge goes up and allows enemies to gain a level for a given amount of time you’ve been in the simulation. It’s interesting to see this occur, as I am frantically trying to get out and finish the level before the enemies get more powerful. It really added a new layer of intensity that many other games lack. The Corruption gauge can be lowered if you kill of bigger enemy-types, but it is time consuming.

Getting out of the simulation takes precision in strategies and lots of practice. One character’s means of escape are not possible for the next character, and that character’s escape isn’t possible for the next, and so on. For example, you may need one character with high points in hacking in order to hack open a door to access a new escape route; but once the door is hacked open, it may take another to expose a new part of the room in order to get farther.

Every moment in Prey: Mooncrash is intense and crafted so well, that it was impossible for me to not enjoy the entire experience. With so many layers of detail and how to go about accomplishing a single run, the way you finish a game may not be the same as several other players. If you enjoyed last year’s Prey, you will more than likely enjoy Mooncrash.

You must own the original game in order to play this DLC.

Final Verdict:
AMAZING
Mooncrash is a great piece of DLC that every Prey owner should look into purchasing.
A copy of this game was provided by Developer/Publisher/Distributor/PR Agency for review purposes. Click here to know more about our Reviews Policy.