Developer NCSoft's upcoming Project M boasts a level of visual fidelity like no other game on the market.

Epic’s Unreal Engine has been at the forefront of modern rendering techniques and graphical effects for decades at this point, and its latest rendition the Unreal Engine 5 is no different. Released very recently to all developers, Unreal Engine 5 is bringing a slew of astonishing visual features that when used smartly in conjunction with each other can result in games that look way better than what we have seen during the last generation. After all, it’s not for nothing that many AAA developers are abandoning their in-house engines for Epic’s shiny new Unreal Engine 5.

In addition to the usual assortment of AAA releases, Unreal Engine 5 has surprisingly been popular amongst indie and AA development studios. In this feature series, we have looked at many such promising titles including the likes of Black Myth: Wukong, ILL, Wronged Us, and many more. Today, we will be looking at Project M – an ambitious narrative adventure from Korean developer NCSoft. To that effect, we ask – what the hell is actually Project M?

Developer NCSoft is a Korean studio and Project M is the latest in line of projects for the developer, and it is easily its most ambitious one to date. As one can already deduce from the namesake, the game is still in its earliest stages of development – so we don’t even have a proper name for it just yet. Much like Until Dawn, Project M is a narrative-driven adventure set against the backdrop of a Korean suburb.

The game revolves around the protagonist embarking on a quest to avenge the death of a loved one. The trailer opens up with a scene in a cafe, where a mysterious entity drops what seems to be a cube with supernatural powers – which unsurprisingly, causes a big explosion leading to multiple deaths. We then see our protagonist waking up in a hospital, which is followed by multiple sweeping shots of action scenes that seem to be building up a larger mystery. Of course, it’s a bit hard to actually understand what’s exactly going on here since the trailer is in Korean. But even so, Project M looks to be combining a personal drama with a larger conspiracy surrounding the supernatural, which is an enticing prospect that we would like to see more of in the near future. 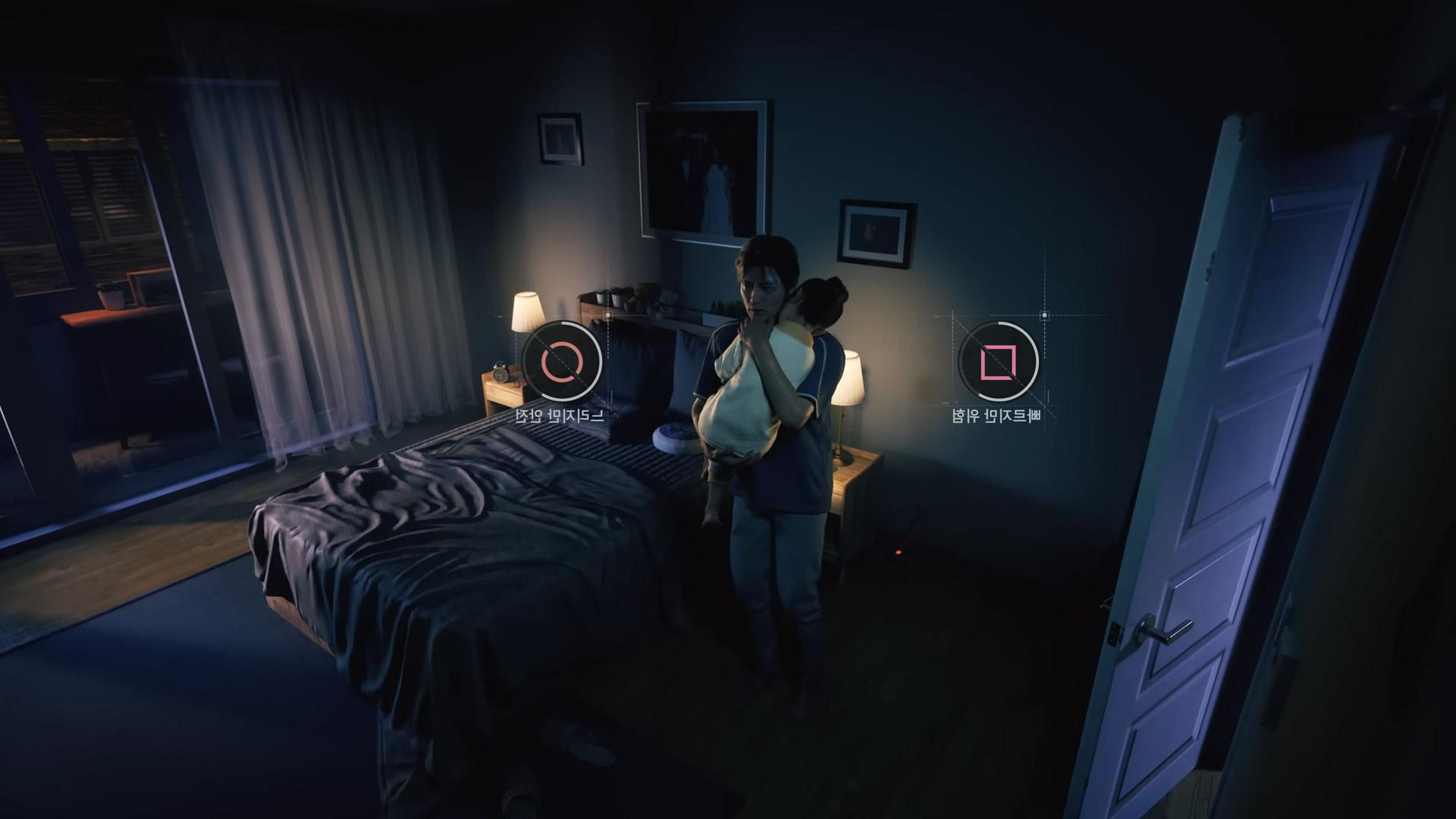 As mentioned before, Project M is a lot like Heavy Rain – so the majority of the gameplay revolves around absorbing everything that the story has to offer and partaking in quick time events. The game will most likely have some sections where players are able to explore the environments, but most of the time – your control will be stuck to quick-time events and prompts to make decisions. On that note, we should also mention that Project M will indeed feature story choices that will alter the relationships and the fates of the surrounding characters. While it’s unconfirmed at the moment, it seems that failing to successfully complete the Quick Time Events wouldn’t result in a game over sometimes, and the story will keep unfolding as per the results. We see an instance of this mechanic in the trailer, where the player fails to hit their timing on a specific QTE, and a different cutscene starts playing as compared to the one where they successfully complete the QTE. And while the developer hasn’t exactly shelled out the extent of choices players will have in the game, but if Project M’s inspirations are anything to go by – fans would get a story that’s both extremely malleable according to player actions and by extension, ripe for replayability.

The major selling point here, of course, is the visuals. While narrative adventures generally tend to have crisp visuals on account of their limited interactiveness, Project M is looking to be leaps and bounds ahead of what we’ve seen so far. Hell, it’s really easy to mistake the game for real-life or a pre-rendered cinematic – and we wouldn’t blame you for it. It’s all possible thanks to the power of Epic’s Unreal Engine 5. The characters, in particular, exhibit brilliant attention to detail – with realistic skin meshes and individual strands of hair swaying majestically alongside capturing extremely subtle movements of the character model’s faces. Character animation also looks to be really fluid, the likes of which we have only seen in a handful of games until now. To put it all in a frame of reference, fans have only seen this level of visual fidelity on character models in the recently released The Matrix Awakens Unreal Engine 5 demo. To achieve this level of photorealism, NCSoft is actually using a mix of 3D scanning and motion capture – and based on what we have seen, it looks really impressive. 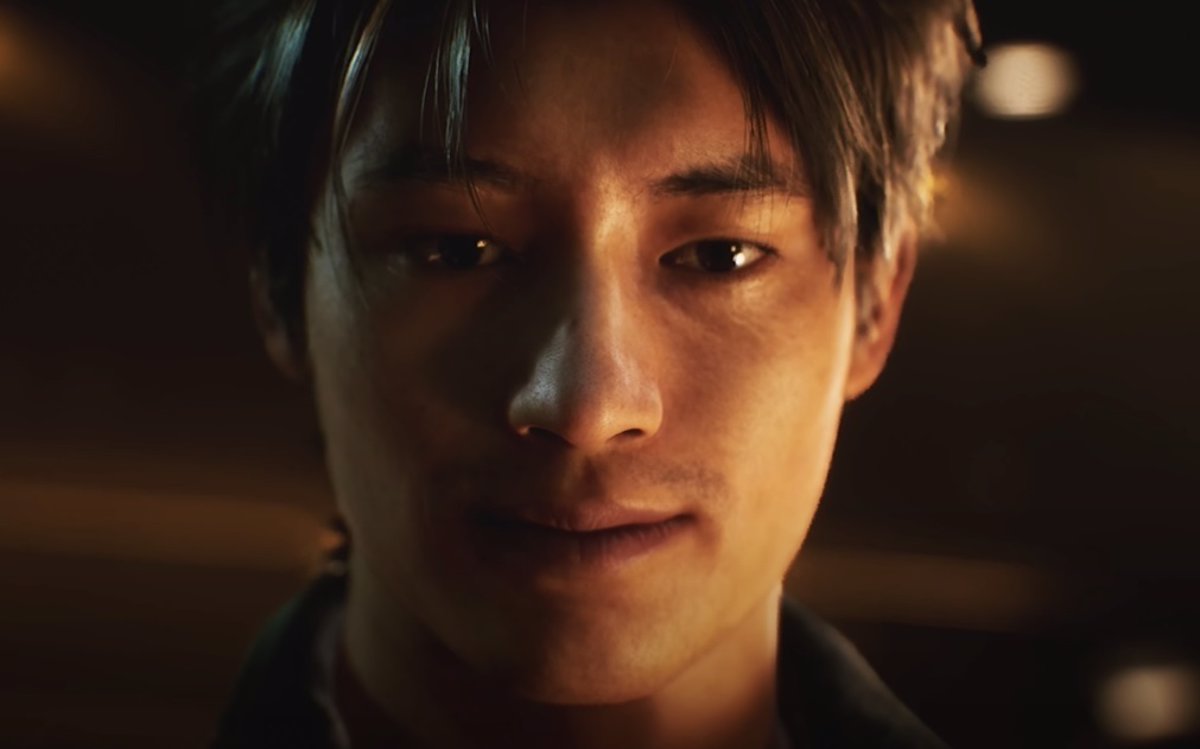 As mentioned previously, Project M will be taking place in the suburban environment of Korea – which is presented with stunning attention to detail as well. The trailer’s opening shot of the nighttime cafe showcases multiple light sources scattered across the environment, and each light source realistically lights only the surfaces near to them all while the remaining surfaces remain naturally dark. We also see NCSoft’s great implementation of ambient lighting in the many indoor shots of the protagonist’s bedroom. The environmental lighting is also spectacular in a similar vein, as we see these gorgeous high-quality environments brought to life thanks to a superb global illumination implementation alongside ray-tracing. NCSoft seems to be smartly combining Unreal Engine 5’s next-gen visual features such as Nanite, Lumen, and MetaHuman toolbox to create a crisp visual presentation that’s unlike anything that we have seen before.

Coming to the topic of development, NCSoft’s principal development manager Choi Moon Yung has said that the team would be exploring a transparent development culture with Project M, which has been dubbed as NCing. What this entails is that interested fans will get access to consistent updates on the development and production of Project M through various media forms – one of which is webtoons. This seems like a novel idea in theory, and we are certainly thrilled to see more of Project M in the not-too-distant future. As for its release date, NCSoft has unsurprisingly not shelled out any concrete details on the matter, and confirmed release platforms have been stated as simply, “console platforms”.

The trailer showcases PlayStation button prompts throughout, so a release on PS5 is more or less confirmed. Korean developers have historically preferred to release their games on PlayStation only, but thanks to the recent strides that Microsoft has taken with Game Pass – more and more developers are coming on board for releasing their games on Xbox. Hence, it’s likely that we will see Project M coming to both platforms, although it’s best to keep expectations in check until we have an official confirmation from the developer itself.