Project Phoenix is a party based Japanese role playing game, that also fuses mechanics from real time strategy titles. It is developed by Creative Intelligence Arts.

Project Phoenix was first announced in 2013 as a Kickstarter funded campaign, and was billed as the first Japanese-developed game backed by Kickstarter funding. The development team at Creative Intelligence Arts consists of talent that has previously worked on several AAA titles. This includes but is not limited to game director and producer Hiroaki Yura, who has previously worked on games like Valkryia Chronicles, Diablo 3, and Steins;Gate; game designer Vaughan Smith, who worked on L.A. Noire; art director Kiyoshi Arai, who worked on Final Fantasy 12 and Final Fantasy 14; 3D environment artist Yumiko Sugihara, who has worked on Final Fantasy 8 and Final Fantasy 9; and lead composer Nobuo Uematsu, who was also the lead composer on the vast majority of mainline Final Fantasy titles.

Project Phoenix’s original Kickstarter funding goal was to reach $100,000 in funding, which it was able to achieve within its given timeframe. Currently, its funding stands at over $1 million. The developers have stated that the plan to mix Japanese art style with western game mechanics, and as such have AAA talent from both Japanese and western developers. They are aiming to build Project Phoenix for a worldwide audience. The game’s original estimated release date was announced as mid-2015, however, the game has faced multiple delays since then. It was scheduled to launch in 2018 after repeated delays, however there have been no updates from Creative Intelligence Arts on this front.

The game’s iOS and Android versions will feature unspecified changes from all the other versions due to technical limitations. 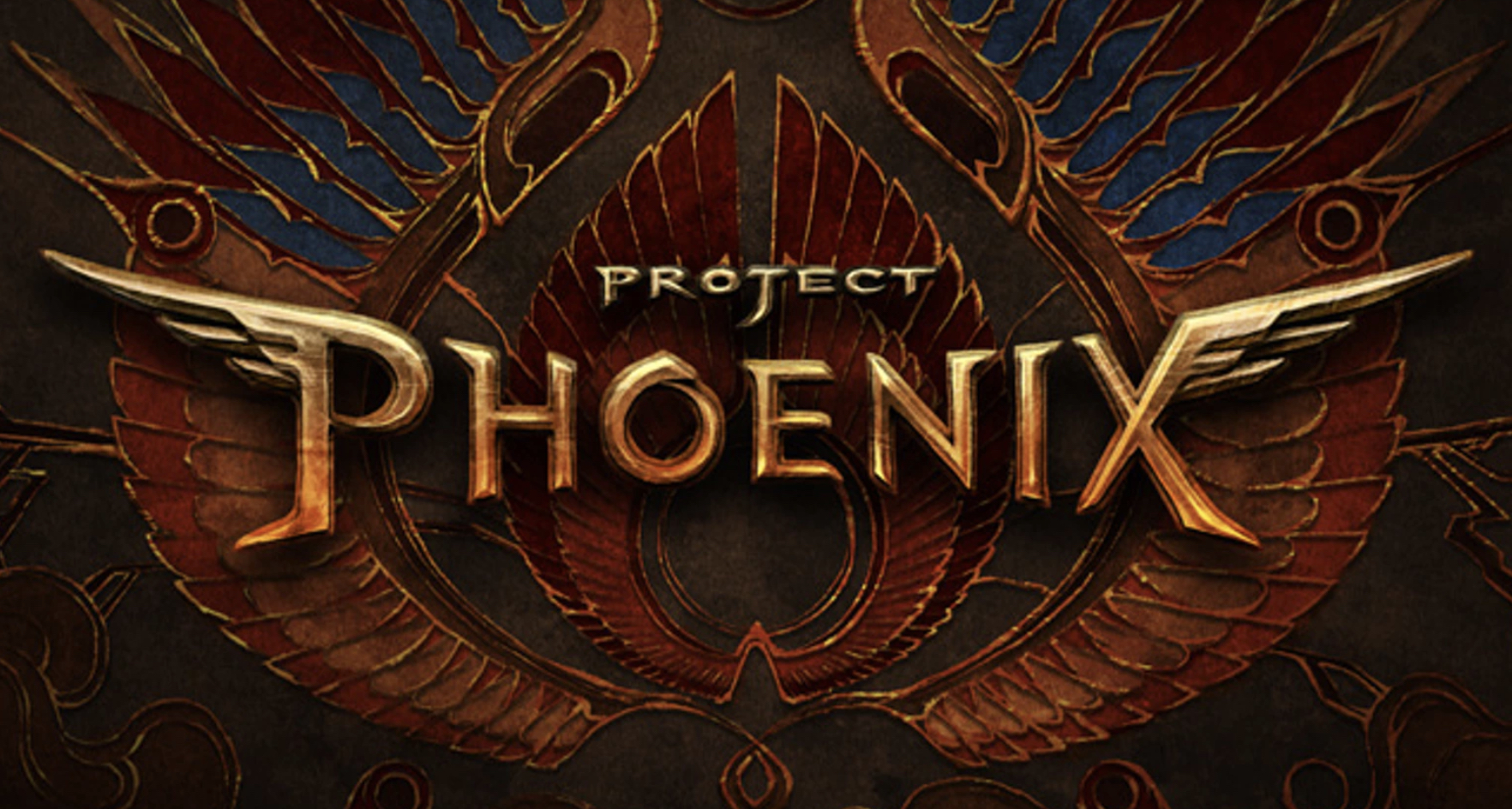 Project Phoenix is set in the fantasy land of Azuregard, which is beset by several ongoing issues and conflicts as the game’s story begins. Ancient enemies of mankind, the orcs, have been raiding settlements with increasing ferocity and brazen attacks. In the southern coasts, a faction known as the free men, who were once thought vanquished, have begun re-emerging and plan on toppling the rule of the empire. In the midst of all this, the ancient elves have spotted a star that they believe is an omen that will decide the fate of all of Azeregard.

The game focuses on four main heroes. Marcus Stern, a templar, who meets with the amnesiac Ruffles, journey together with two more companions- the internally conflicted battle mage Zarum the Lost, and Sylrianah, the elven Pathfinder, who is a reserved person but is curious to see the larger world. The four heroes form an unlikely band and become embroiled in the world’s larger conflict, as they seek to save it from itself. 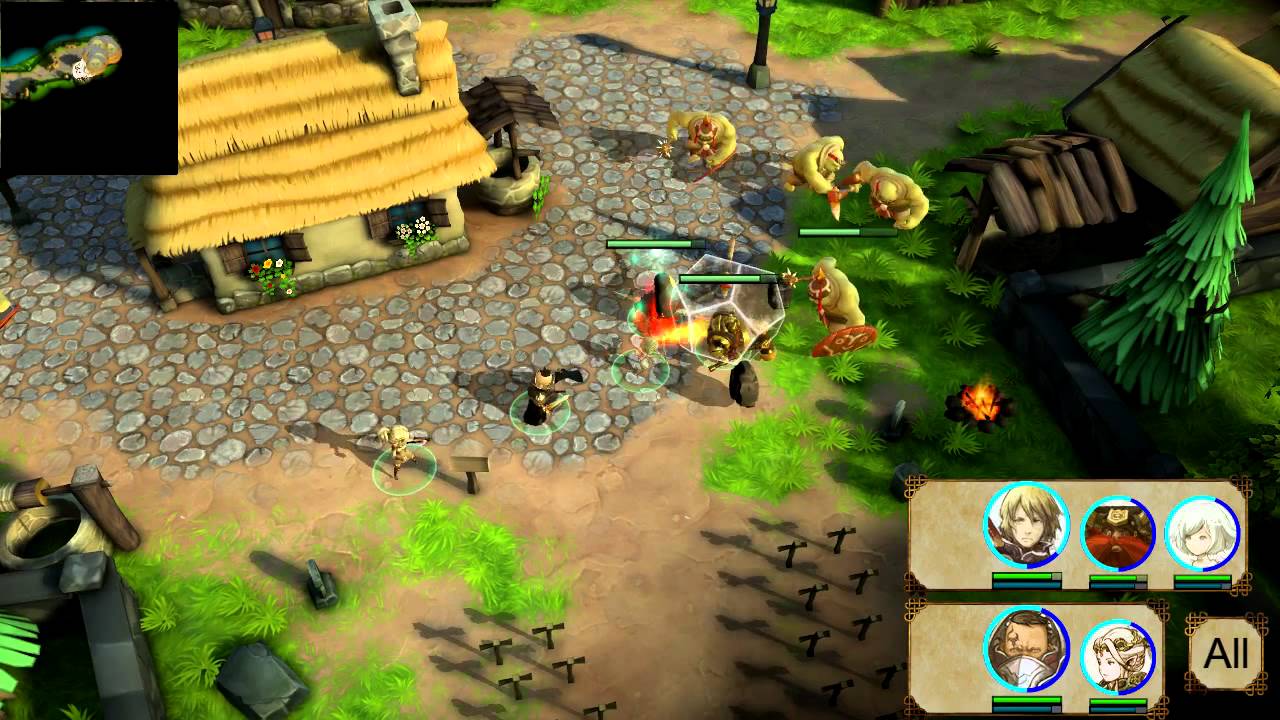 Project Phoenix blends the JRPG genre with real time strategy mechanics. Players don’t control all their party members at all time, and instead give them commands similar to real time strategy titles. Characters can be leveled up, however, and can learn new abilities and attacks. Combat is based on point and click mechanics, and players can use each of their characters’ abilities at any given time. using abilities costs mana. Terrain is also an important factor during combat, and players are required to learn the lay of the land in a combat area and use it to their advantage.

There are also destructible environments that can be used to damage enemies or block their paths. The combat area in random battles is also hidden in fog of war, and players must explore it to discover it fully. During combat, enemies will target members of the player’s party that they feel pose the most threat to them, though players can use certain abilities that can redirect their attention. There will also be several boss fights that will require players to focus all their party members on a single target. Other than random battles, there will also be story-specific battles, that will happen at particular points in the game’s story. During story battles, there is no fog of war in the combat arena, and which character is targeted by enemies might also change depending on the context of story battles.

There are also several classes in Project Phoenix, with each character belonging to a particular class. The Battle Mage class wears heavy plated armour, and can magically buff equipment to use enchanted melee weapons. They specialize in heavy single attacks or area of effect attacks. Battle mages have two major skill trees, with one focusing on each of the two kinds of attacks. The Pathfinder class is a ranged combat specialist, and is suited to stealth, and also providing the party with information about the combat area and distant environments. The Berserker is a close combat specialist that has moderately high defense and high attack stats for close range melee attacks.