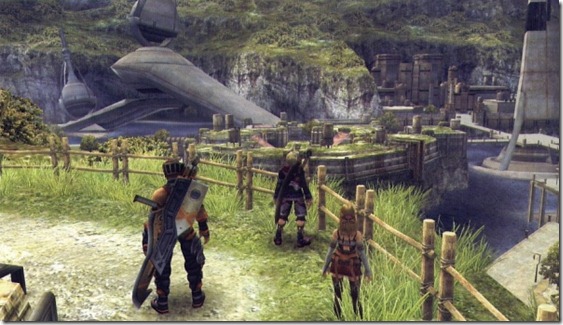 Do you love Xenoblade Chronicles and want to to sing it to the mountains? And would like a shot at winning two massive upcoming JRPGS for doing so? Square Enix have gotten clever with a recent marketing campaign and launched the “Let’s Play Xenoblade Chronicles” contest which encourages players to upload videos documenting their favourite sections of the game.

At the end of October, five finalists will be selected and from them a winner. The winning video will make it to the Xenoblade Chronicle’s youtube channel and the winner will receive a voucher with which they can claim both The Last Story and Pandora’s Tower. Four runner’s up will receive a voucher for one of the two games (which ever they want).

The deadline for the contest is October 18th. Participants need to be 16 years or older.