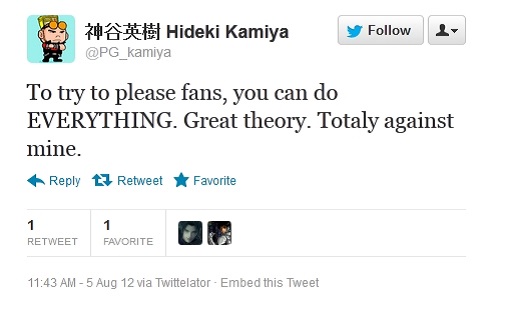 Hideki Kamiya of Bayonetta and Devil May Cry fame is absolutely hilarious on Twitter and can destroy many people when it comes to arguments. When asked by a follower what he thinks of PlayStation All-Stars Battle Royale, he immediately said that he doesn’t like it and it’s a rip-off.

Kamiya has always known to be a straightforward guy who doesn’t mess around but this time what he said was a bit too much for fans of PSABR, who are looking forward to playing the game. Lot of fireworks to be seen so follow his Twitter account and check it out for yourself.

He mentioned that it’s a moral issue and it isn’t right to rip something off like that even though it’s made for the fans. Other developers may do it, but as a guy, Kamiya isn’t like them. 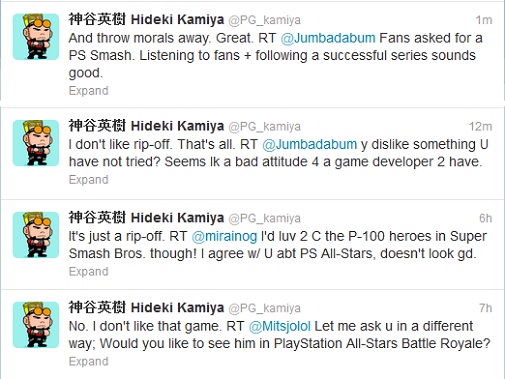