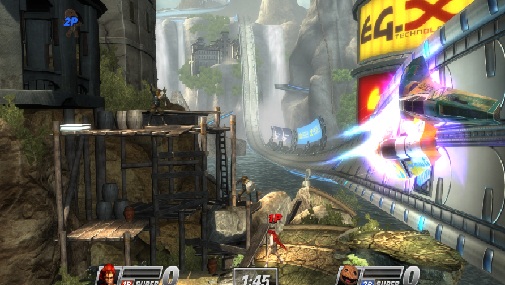 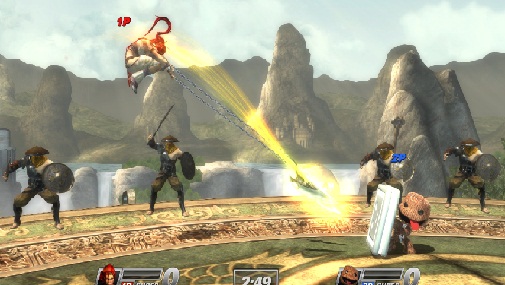 SuperBot Entertainment has announced that two new stages will be making their way to PlayStation All-Stars Battle Royale via DLC. The stages will be mashups of Heavenly Sword and WipEout. They’re pictured above, have a look.

These stages will be part of the same DLC, that offers two new characters as well: Kat from Gravity Rush and Emmett Graves from Starhawk.

The DLC releases early next year and will be free for the first three weeks after its launch, after which you will have to start paying, unfortunately.

In our review of the PS3 version of PS All-Stars Battle Royale, we gave it a 5.5/10 and said that while it “tries to be a lot of things at once”, it ultimately “ends up being just mediocre.”

We were much less critical of the PS Vita version, though. In our review of the Vita version, we said Battle Royale “a much better experience on the Vita than it is on the PS3” and gave it a score of 6.5/10.

A patch for Battle Royale is also inbound. Read the details here.