Now play the updated HD collections via Wi-Fi on your PS Vita. 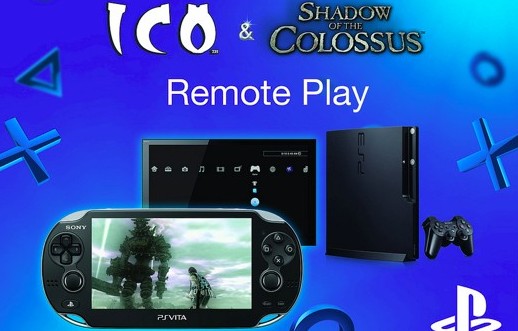 Sony has recently announced an update on their Remote Play feature for the PS Vita. Turns out, God of War Collection and Shadow of the Colossus/ICO are now available for remote play on the PS Vita.

For those not in the know, Remote Play offers the ability to interact remotely with the PS3 using the Vita via Wi-Fi. Several games take advantage of this feature, thus allowing you to play said games on your PS Vita. So if you’ve ever gone over to a friend’s place and thought he had a great game, you’re in luck! Remote play that sucker and never worry about paying for it.

Of course, you’ll have to get used to the new control scheme, which allows you to map R2 and L2 to the rear touch pad. You’ll also need to download an update for the same on the PS3, but this won’t cost extra.