Boosted by the new PS3 model which increased sales up to 128%, Sony has revealed that the system has finally passed 5 million mark in the UK. The region is mostly an Xbox territory with the console having a 3 million lead over Sony’s system.

Great news nonetheless, as Feral Gara, managing director of SCEE in the UK, bragged about momentum. (Via MCV) 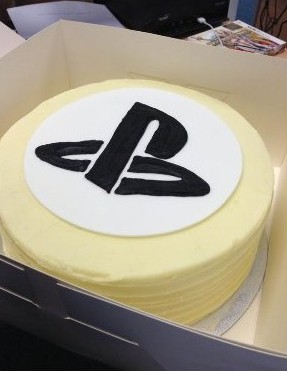 “It is fantastic that we passed the 5m mark. But most importantly to me is not the milestone itself, but the fact that there is momentum behind it. And with the new chassis, and the way the market is panning out this year,
PlayStation definitely has the momentum,” he told MCV.

“I am pleased with the talent we’ve got on board. You can actually feel the energy going through the business. These guys know that they have a lot to do to make sure the Christmas plans are sharp and focused, and they have come to them relatively late. So they are working at a hell of a pace.

“I can already feel a positive buzz that wasn’t there only a few weeks ago.”

Sony has also sent cakes to specific UK outlets–and boy, do they look delicious. Here’s one on the right which was sent to Eurogamer.