Much has been made of the graphical capabilities of the Xbox One and PlayStation 4, especially when compared to PCs. It has been generally accepted that there is still a gap between what the next generation of gaming consoles can do, and what PCs are currently capable.

However, Chris Doran doesn’t believe that the gap is all that big. We recently spoke to the founder and COO of Geomerics – which is responsible for the Enlighten lighting technology in use for AAA titles like Battlefield 4 0 on whether the PS4 and Xbox One will be able to compete with PCs in regards to creating realistic lighting, as well as whether the gap between them and PCs has gotten smaller than with the previous generation.

Doran stated that, “I don’t see a big gap between PC capabilities and the capabilities of the PS4 and Xbox One. On some measures you could argue that the GPUs in the new consoles are not as powerful as the most expensive desktop GPUs, but that was also the case at the last transition. It is something of a myth that consoles at launch are usually ahead of the top-end PCs.

“What the consoles always are at launch is the best power per dollar ratio, but if you want more power you have always had the option of going for a really expensive PC. What you should remember with the PS4 and Xbox One is that both have been highly tuned specifically for games. Microsoft and Sony both spent years working with developers on these specs, and it is not a coincidence that they have both chosen similar hardware designs. 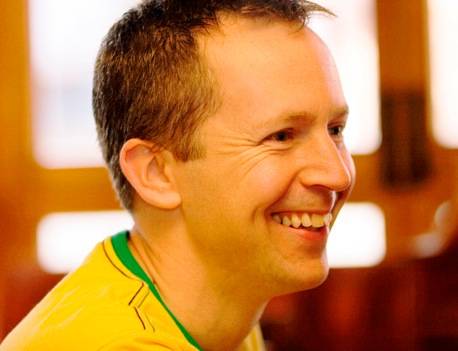 “There are also a bunch of other technologies unique to the consoles that make them perfect for games (hardware units for specific tasks, driver extensions, etc). As with previous generations, it will be a few years before PC games start to out-strip the graphical quality seen on consoles. For the next few years PS4 and Xbox One will set the standard.”

We also asked how long it would be before developers would fully utilize the power of PS4 and Xbox One for creating realistic lighting using Enlighten. Doran responded that, “I think this cycle is a bit different, for two reasons. The first is that it has been a long time coming, and some developers have been gearing up for it for over two years. Both Sony and Microsoft went out of their way to get the key tools and middleware guys on board early as well, so that everything was ready for launch.

“The second reason is that both Sony and Microsoft have gone for a PC-like architecture that is well understood by developers. A lot of the additional power is in the GPU, and most developers know how to get good results out of these devices. So I actually think a number of the launch titles will already be utilizing much of the power of the PS4 and Xbox One to deliver great graphics and lighting using Enlighten.

“In previous transitions it has not been unusual for the launch titles to only be marginally better than the tail end of the previous generation. In terms of graphics that will not be the case this time round. What will take longer is evolving the gameplay, the AI, and making use of the new possibilities with cloud computing and second screen gaming that the new platforms provide.”