PS4 Survey Hints That Sony May Be Bringing PS Classics, Folders, and PSN Improvements To The Console

At some point in the future. 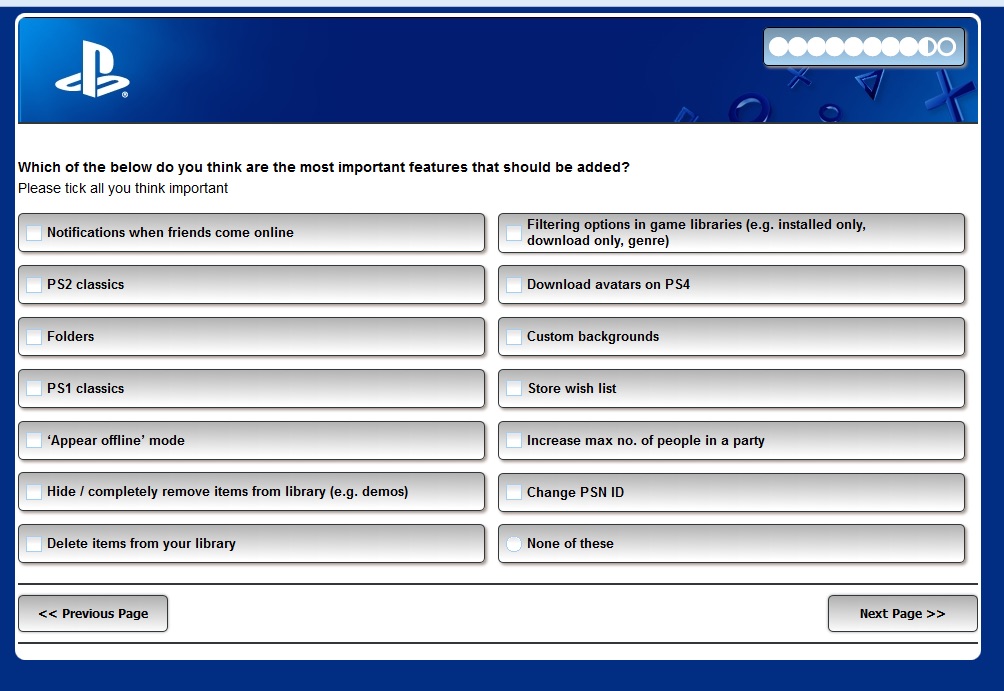 The PS4 is a great console, but Sony has been frustratingly slow with it- basic features, such as the ability to put your online status as offline, or to organize your library, are still missing from the system, while compatibility with PS1 and PS2 games released digitally as PlayStation Classics is still nowhere in sight. Meanwhile, Microsoft puts out a feature rich update for the Xbox One every month, has a full overhaul planned for next month via the New Xbox Experience powered by Windows 10, and has enabled backwards compatibility with the Xbox 360 for the console.

Sony is, in other words, falling behind, though this survey hints that that may be changing soon- a NeoGAF user was invited to take the survey, and apparently, in it Sony has asked about several long requested but still missing PS4 features. These include:

And more. You can check out the picture for yourself above.

Now naturally, a survey is far from conclusive evidence, but it seems very clear that Sony is planning in eventually bringing over all of these features to the PS4- this survey is just to understand which ones are most requested, and then to prioritize those ones for the next major firmware update.