That URL led to Reddit user  Survivor88 finding a new screenshot of the game- it’s a panaromic, just as the second one is. Oh, the second one? Yeah, the first image hid another URL, which other Reddit users -nd123- and Mortiferis discovered and followed to find the second image.

Both the images look quite good, and the grain filter seems to be doing quite well for the game’s overall tone, much to my surprise (at least going by what the screenshots are showing).

You can take a look at both the images via the gallery below. 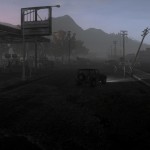 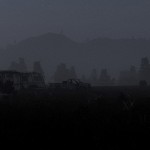