Posted By Rashid Sayed | On 10th, Jul. 2014 Under News | Follow This Author @GamingBoltTweet 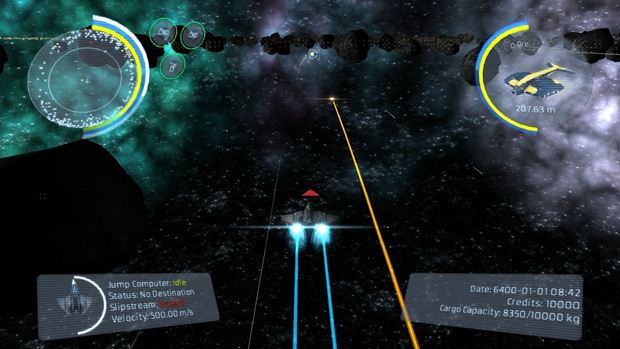 Prior to the PlayStation 4 launch, there were talks on how the new system will be easier to code for and how developers can program ports with less effort. It seems that Celsius Game Studios, who are working on Drifter, are taking full advantage of that feature. In our interview with the founder of Celsius Games, Colin Walsh revealed that it took only a few days to port their procedurally-generated open-world to the PlayStation 4.

“Drifter has been designed from the beginning to be as platform-neutral as possible given the number of platforms I’ve already planned to bring it to. That said the PS4 and Vita, being consoles, have a lot lower level graphics architecture that required me to re-write part of my engine’s graphics layer. In the end it only took a few days each to get the game running in a rough state despite it being a bit of a challenge,” he said to GamingBolt.

He also praised the PlayStation 4 and PS Vita’s architectures. “While Drifter may not be taking much advantage of platform-specific things on either PS4 or PS Vita it will definitely benefit from the large amount of system and video RAM that both systems have. It will make porting from desktop much easier than it would have been if either had less.”

Drifter is expected to launch before the year ends.