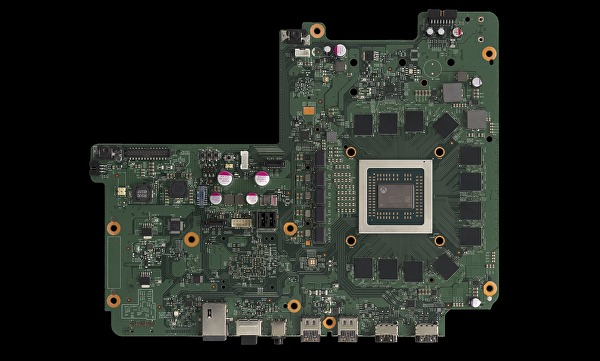 With rumors of next generation consoles beginning to heat up, questions abound about what exactly we may expect from the next Xbox and PlayStation consoles. Microsoft and Sony both try to achieve major hardware jumps with each new iteration of their consoles. So what do the PS5 and Xbox Scarlett have in store for us? Ryzen CPUs? 16GB of RAM?

On the latter front, Marc-André Jutras, technical director at Cradle Games, developers of the upcoming Hellpoint, and a veteran of the AAA game industry for over 15 years, thinks we’re not going to see a jump that big. Speaking exclusively to GamingBolt, he said that the next consoles will have RAM ranging from 8-12GB—since 16GB of RAM is far beyond the scope of what any game currently uses.

However, he did add that the consoles will have a large amount of dedicated VRAM, rather than a unified memory pool—which will help them achieve 4K graphics, and bring the total memory pool available to developers far beyond the current 8GB offered by the PS4 and Xbox One anyway.

“One thing that is going to change will be, you will get a lot more focus on the VRAM, which is the big bottleneck right now if you want good 4K games, because 4K frame buffer takes a lot of space,” he said. “So if you end up with a 4K buffer, you need four times the VRAM. So I think you will see, you won’t see shared RAM space next gen like you do with the PS4. I don’t think you will see that because it’s a big bottleneck. You’ll see more VRAM to support 4K and 5K and whatever else comes around. Just how much of that? I wouldn’t be surprised if the PS5 had 8GB of RAM and 8GB of VRAM.”

I can see this happening—while I don’t know much about what specific numbers the next consoles will have, a split between RAM and VRAM going forward seems to make a lot of sense. VRAM can be used for quicker calculations and to achieve higher resolution graphics, and can also help ensure that the portion of memory cordoned off for the console’s OS doesn’t impact graphical performance.