PS5 and Xbox Series X Price: How Expensive Is Too Expensive?

The PS5 and Xbox Series X face an interesting challenge with regards to pricing.

Sony’s spectacular PlayStation 5 event last week nonetheless left a lot of questions hanging. For instance, the all important matter of the price of the console once it launches later this year is still unanswered. Previously, reports have indicated Sony is waiting for Microsoft to go first on price, so they can adjust their strategy around whatever the Xbox Series X does; however, Microsoft themselves seem to be in no hurry to divulge the price of their next console yet either.

One look at just what the consoles are packing in their innards makes the reason for this reticence extremely apparent – unlike the PlayStation 4 and Xbox One, which used standard mid range off the shelf parts that were already a few years old at the time (and thus could be sold at reasonable costs), these machines are packing cutting edge technology, including custom components such as the PlayStation 5’s solid state drive, or its Tempest 3D audio hardware, or the custom Zen 2 variants that both consoles are using for their CPUs. That’s a double whammy – the newer something is, the more expensive it is (unless you’re a Nintendo game), and custom parts are always more expensive than off the shelf ones (because economies of scale haven’t kicked in for them yet).

This brings Microsoft and Sony to a very delicate juncture, and a question that would have been hard to answer even in ordinary circumstances, which we are clearly no longer in anymore (we’ll get to this in a bit): how do you balance selling a console at a price that is palatable to the public, without losing a lot of money per sale?

The problem here is that the market for consoles is price sensitive, with a lot of price elasticity. Put simply, this means expensive consoles do not sell, and cheaper ones do. People who like cutting edge hardware and are salivating over the prospect of just what the next generation can do may convince themselves that the market won’t care and will buy the systems as long as they are worth it – but the failure of the PS3, or the Saturn, or the Xbox One, or even handhelds like PS Vita, is a firm rebuke of that stance. While such enthusiasts surely exist, they are not enough in number to actually base your whole strategy around. The mass market will not buy expensive consoles.

One rejoinder to that claim that is often heard is that if the market can accept $1,000+ phones, it can accept $500+ consoles, but that’s a false equivalence. For starters, phones are practically a necessity for people, versus consoles that are more of a luxury good. More importantly, however, the market has not accepted $1,000 phones, and vendors who have tried to sell those, including Samsung, Google, and yes, Apple, have all reported declining sales after their phones breached that mark. There is a very good reason why these companies put out budget priced alternatives such as the iPhone SE or the Google Pixel 3a. And it is also very important to remember that the dynamics of the phone market are very different from the dynamics of the console market – most people buy their phone from the carrier, not paying the full asking price upfront, but paying it off over the next few years in installments via a payment plan. So a $1000 phone is effectively not a $1000 phone. It’s $400, or whatever other price your carrier offers it at. This is obviously not the case with consoles, which are purchased at their asking price, with no subsidies.

So no, expensive consoles are not a proposition that will gain traction in the mass market to any degree whatsoever. Sony and Microsoft are ultimately looking to sell to that mass market, not the niche of enthusiasts who want the latest and greatest. As a result, keeping the price in check is a mandatory requirement if these consoles are to do well. Which brings with it a set of problems and questions with no easy answers. 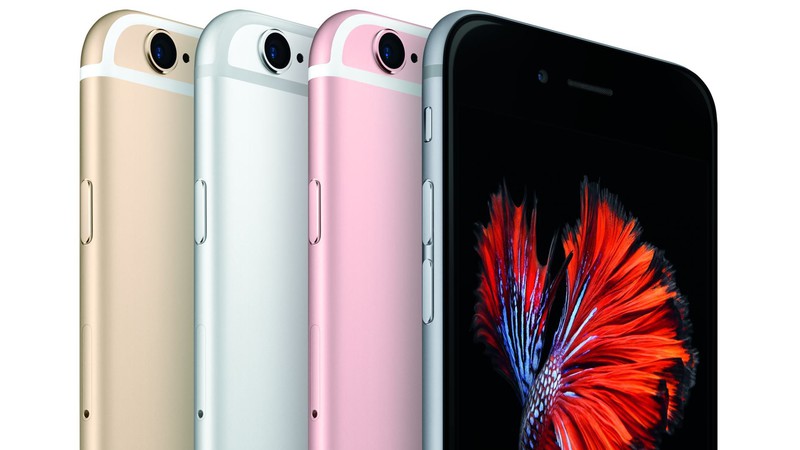 Sony and Microsoft have both traditionally sold hardware at a loss, making up for the revenue via software and accessory sales (and, over the last decade, network revenues from services such as PSN or Xbox Live). The PS4 and Xbox One were a step away from that strategy, after its abject failure with the PS3 (which, even at a $599 price tag, allegedly lost hundreds of dollars per unit sold), and the success of the Wii (which took existing, cheap hardware in an appealing package, and sold it for profit). But as we’ve discussed already, that appears to have been an aberration more than the start of a new trend, and the PS5 and Xbox Series X both seem to have a very high cost of manufacturing. So what are the options that Sony and Microsoft have?

The most straightforward option, but the one that is likely to be the worst from a market performance perspective, is to sell these consoles at profit. This means if the consoles cost $550 to manufacture, sell them for at least that price, if not higher. This ensures you don’t lose money per sale – but it obviously pushes the price up to shocking levels, where most people will not buy the consoles, and instead stick with cheaper alternatives. Again, enthusiasts do exist, and they will probably be okay with buying a $600 console – they may even cause sellouts of the console at launch, in fact. But even the $599 PS3 sold out at launch, and the impact of its monstrous price was not felt until a few months after.

So selling the consoles at cost or higher sounds like a bad idea. Obviously the better option is to sell them at whatever kind of losses are necessary to keep them at a mass market friendly price. At first glance, this can appear problematic – why would they want to lose money on sales? But Sony and Microsoft can easily recoup losses through game sales, accessory sales, and revenues generated by subscribers to their services. This is not a huge problem, as long as the companies involved are willing to take a hit upfront.

The trouble is, they may not be willing to do that, and there is some evidence mounting that suggests that these new consoles may be more expensive than previous ones have been. The clearest indication we have is the existence of cheaper models for both consoles (such as the Digital Edition for the PS5, or the rumored-but-not-yet-confirmed Xbox Series S, codenamed Lockhart). Having a cheaper version of the console, whether this is done by omitting features such as the disc drive, or by offering a weaker version of the same console (as Lockhart allegedly does) seems to be a big tip-off that the actual, full fledged SKUs of these consoles will go for high asking prices – because you wouldn’t bother with a cheaper variant if you were confident your existing one could sell at its asking price in appropriate quantities (remember, the PS4 and Xbox One both only had one model at launch).

Then you throw in factors such as Microsoft’s payment plan for Xbox consoles, which will allegedly allow people to purchase a system for little to no money upfront, with a commitment to 2 years of subscription to Game Pass Ultimate at $20 a month making up for the rest of the payments. This is an interesting dynamic that mimics the carrier payment plans for phones that we discussed earlier – and, again, indicates the existence of expensive consoles, because why else would you bother?

The trouble with expensive consoles is the current climate (I told you we’d come back to this). You’re sick and tired of hearing this, but the world is currently being ravaged by a deadly global pandemic, and the worst economic crisis since the Great Depression almost a hundred years ago. Over 30 million people are unemployed as a result in the United States alone – and similar stories can be heard for other countries across the world. An expensive console sold in a situation like this seems to be a singularly bad idea (even though Sony and Microsoft obviously did not account for a last minute economic meltdown back when they were developing these consoles years ago).

It’s a question with no easy answer, and it actually raises the possibility that the next generation may be a slow burn, that after the initial launch period sellouts, we may see slower sales for the PS5 and Xbox Series X (and continued strong sales for the current generation consoles) for a while, as we wait for the economy to stabilize, and the prices of the consoles to come down. This, in turn, may necessitate a longer generation – yes, I am aware the current length of generations at 7 years is already longer than what we used to get, but that happened in the first place because the PS3 and Xbox 360 saw slow adoption to begin with, owing to the 2008 economic recession. Sony and Microsoft had to prolong the lifespans of both their systems to recoup losses from earlier in the cycle. 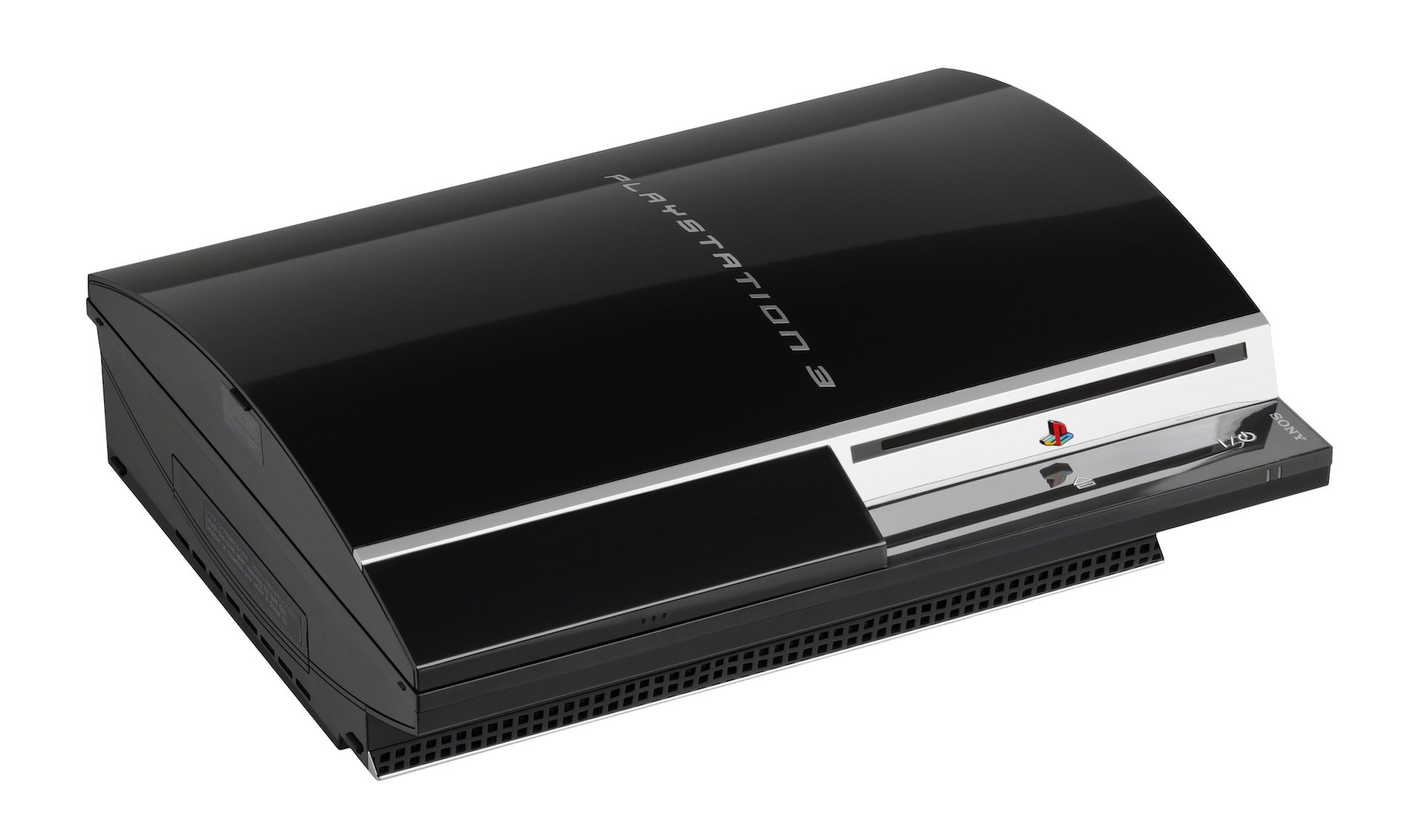 And that might happen again, meaning we may see the PS5 and Xbox Series X lasting more than even the now standard 7 years we have come to expect – maybe even 9 or 10 years before we get follow ups (though I imagine PS4 Pro/Xbox One X style revisions will at least still happen in the interim).

All of this is speculation, of course, but we haven’t had such an interesting mix of circumstances leading up to a console generation transition in a very long time. It will be very interesting to see how Microsoft and Sony decide to tackle with this conundrum in the coming months and years.