PS5- Best SSDs You Can Choose For The Console

We have compiled a list of some of the best official and unofficially supported SSDs that you can use with your PS5 right now.

Sony’s next-gen offering, the PlayStation 5 has been a breakout success. Even after launching amidst the pandemic all the while being surrounded by shortages and widespread scalping, the PlayStation 5 has gone on to become the fastest-selling console in the company’s history. Furthermore, most of its system-sellers have either already been delayed or are on the verge of announcements for the same.

The PS5 shines in terms of raw power, boasting a beefy CPU along with a competent graphics horsepower. However, its storage does leave a lot to be desired, as its 667 GB of usable space can fill up very easily with just a handful of current AAA releases. Fans have been clamoring for quite a while for activating the M.2 expansion slot on a software level, and beta firmware users can now expand the storage.

However, the SSD needs to play by Sony’s rules. The SSD should be a PCI-e 4.0 NVME drive with at least 5,500 MB/s read speeds. To ensure cooling, it also needs to have a heatsink installed which should fit within the dimensions specified by Sony. That being said, fans can, of course, install marginally slower SSDs without much of a performance hit. Here’s a list of the best SSDs you can put in your PS5 – which includes both official and unofficial choices. Note that all prices are for the 1 TB variant, and smaller or bigger variants will obviously cost lower or higher accordingly. 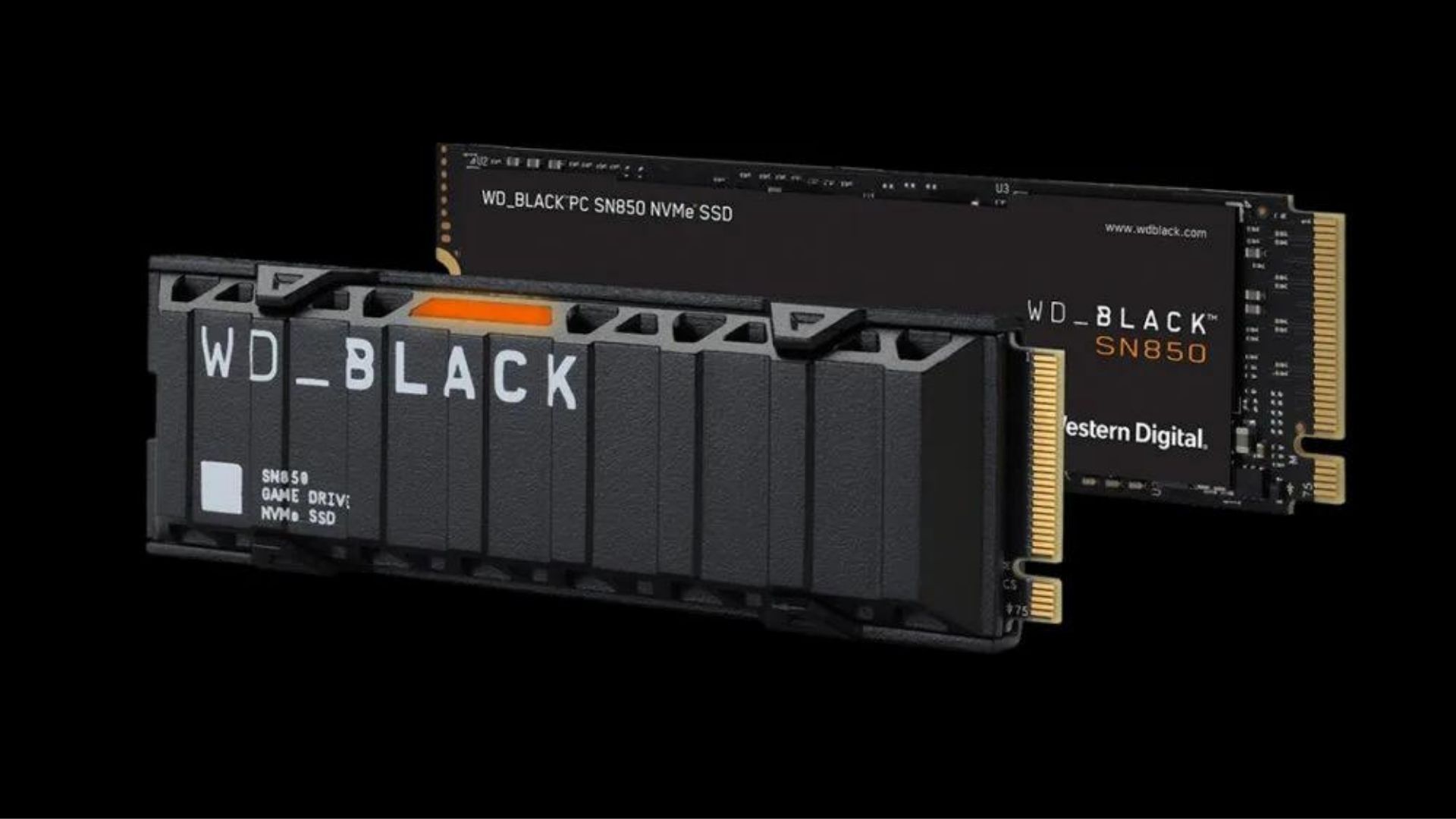 The WD_Black SN850 is perhaps the most effortless pick for an SSD meant to be used with a PS5. It easily passes the 5,500 MB/s read speed test since it’s rated for speeds in the range of 7,000 MB/s. It’s an officially supported SSD and comes with a heatsink(although there is a non-heatsink variant as well). Interested folk can choose between anywhere from a 500 GB model to a 2 TB one.

PS5’s lead system architect also mentioned the WD_Black to be his SSD of choice, citing most of the aforementioned reasons. That being said, this SSD does not come cheap, and one should expect to pay up to $229 for the 1 TB variant. This is dependent on the region of course, at the time of writing it can be found for as low as $179.99 in the US region as per the official WD Store. 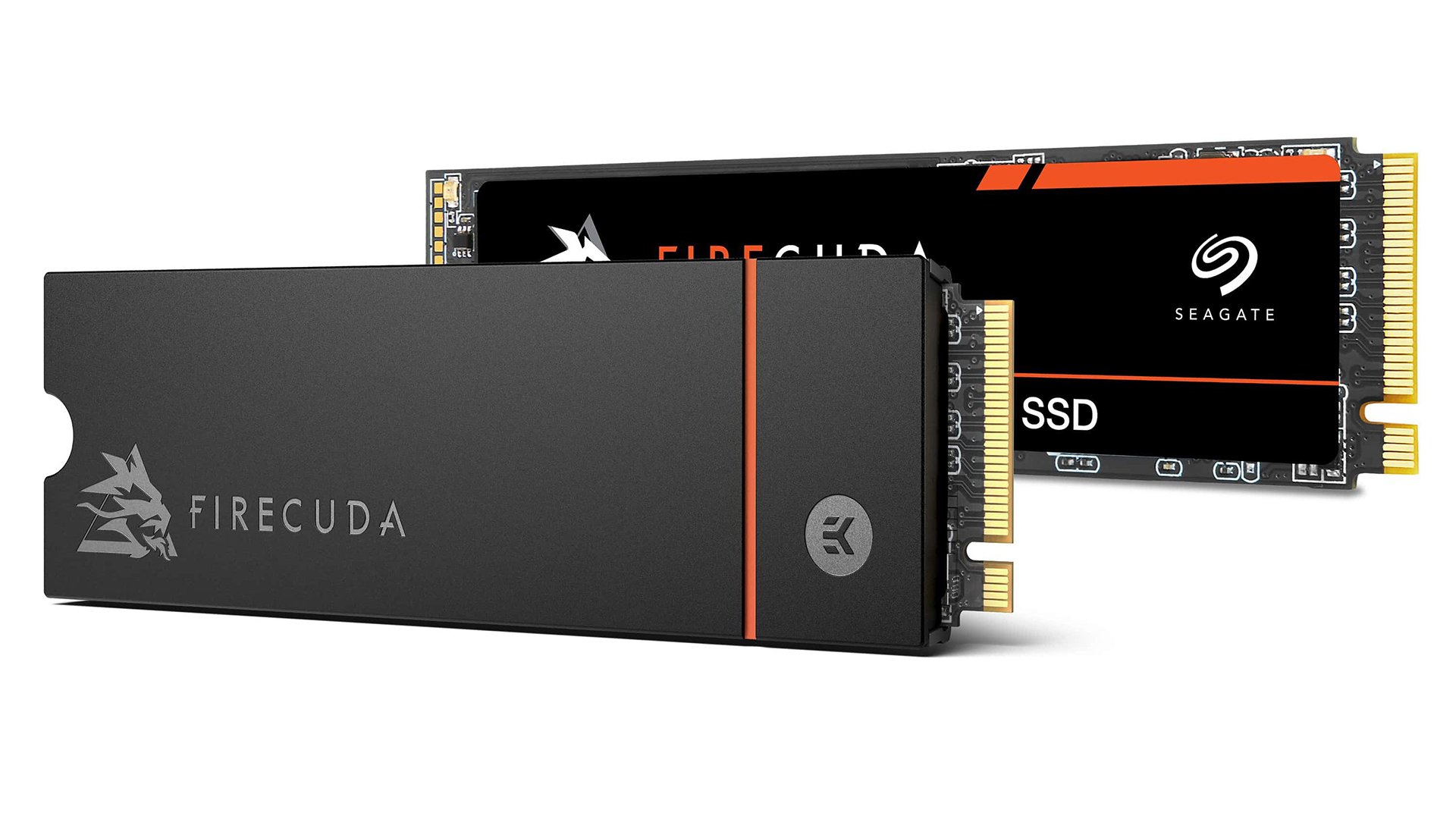 Seagate’s FireCuda 530 was the first SSD to be officially announced as being compatible with the PS5. The Seagate FireCuda 530 features sequential read speeds up to 7,300 MB/s which easily surpasses Sony’s minimum of 5,500 MB/s. Furthermore, it comes with a heatsink that fits within Sony’s required spec – requiring little to no tinkering to get things to work on the user’s end. Seagate’s FireCuda 530 drives will release sometime this month, and one should expect prices of $259.99 for the 1 TB variant. 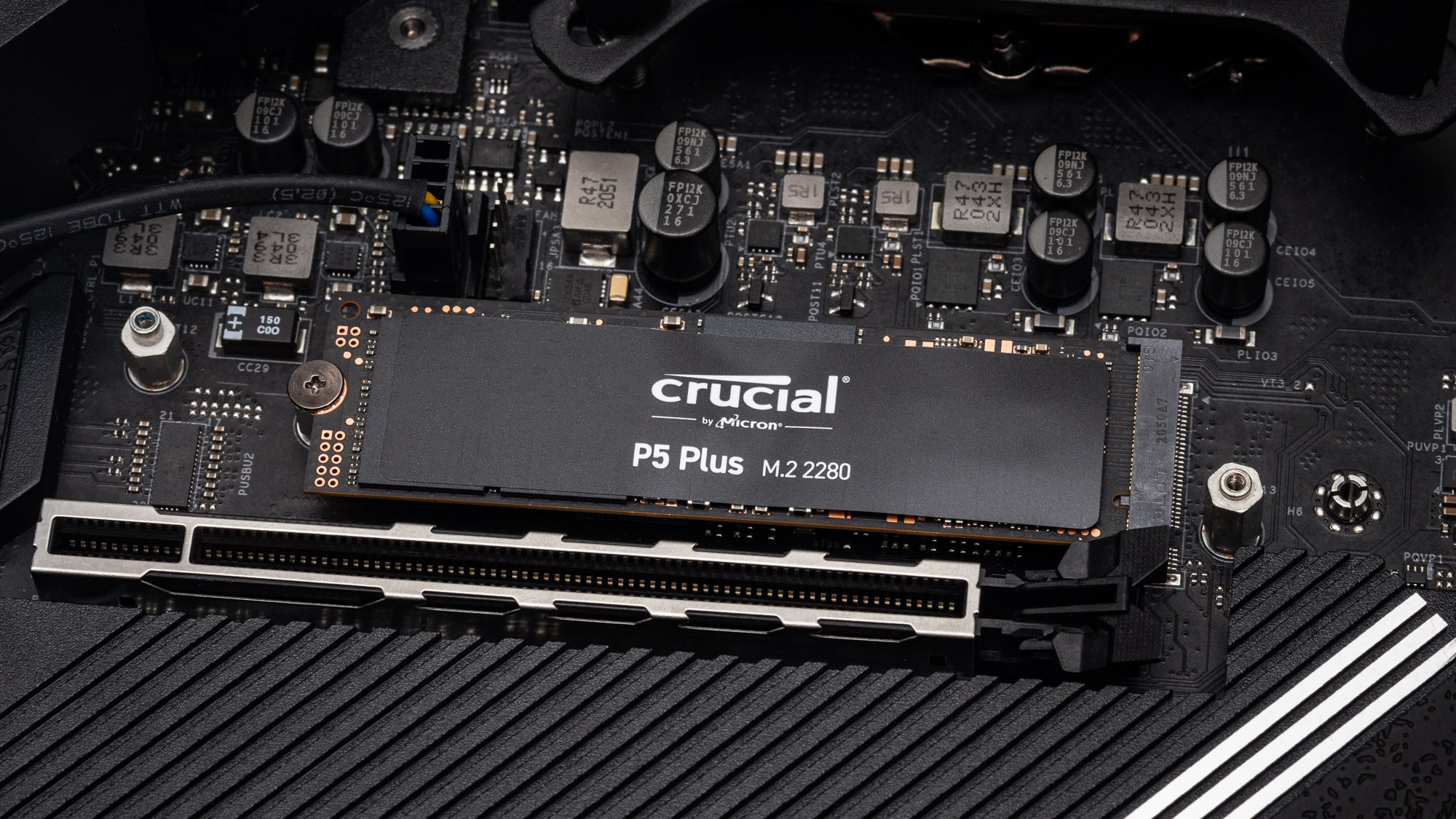 Crucial’s P5 Plus is also a PCI-e 4.0 NVME drive that meets Sony’s demands for reading speeds and comes with a compatible heatsink. The Crucial P5 Plus runs at speeds of up to 6,600 MB/s, and costs marginally lower than other offerings. It retails at around $179.99 for the 1 TB variant. 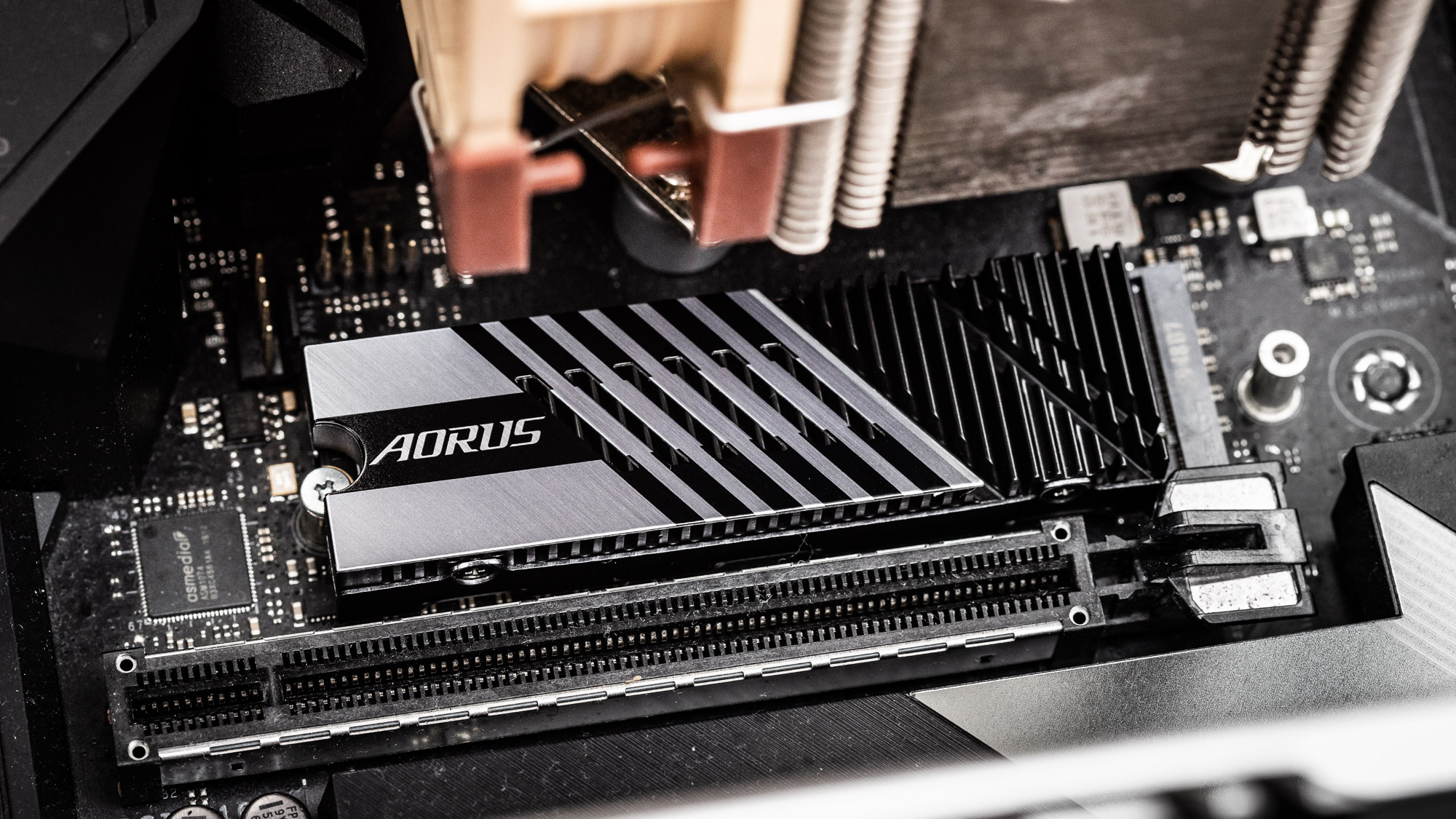 The AORUS Gen4 7000s is another great pick for using with the PS5. It has sequential read speeds in the ballpark of 7,000 MB/s and comes with a heatsink that in a similar vein, requires no additional work to get going. It’s an effortless choice, all for a price tag of $199.99 for the 1 TB variant. 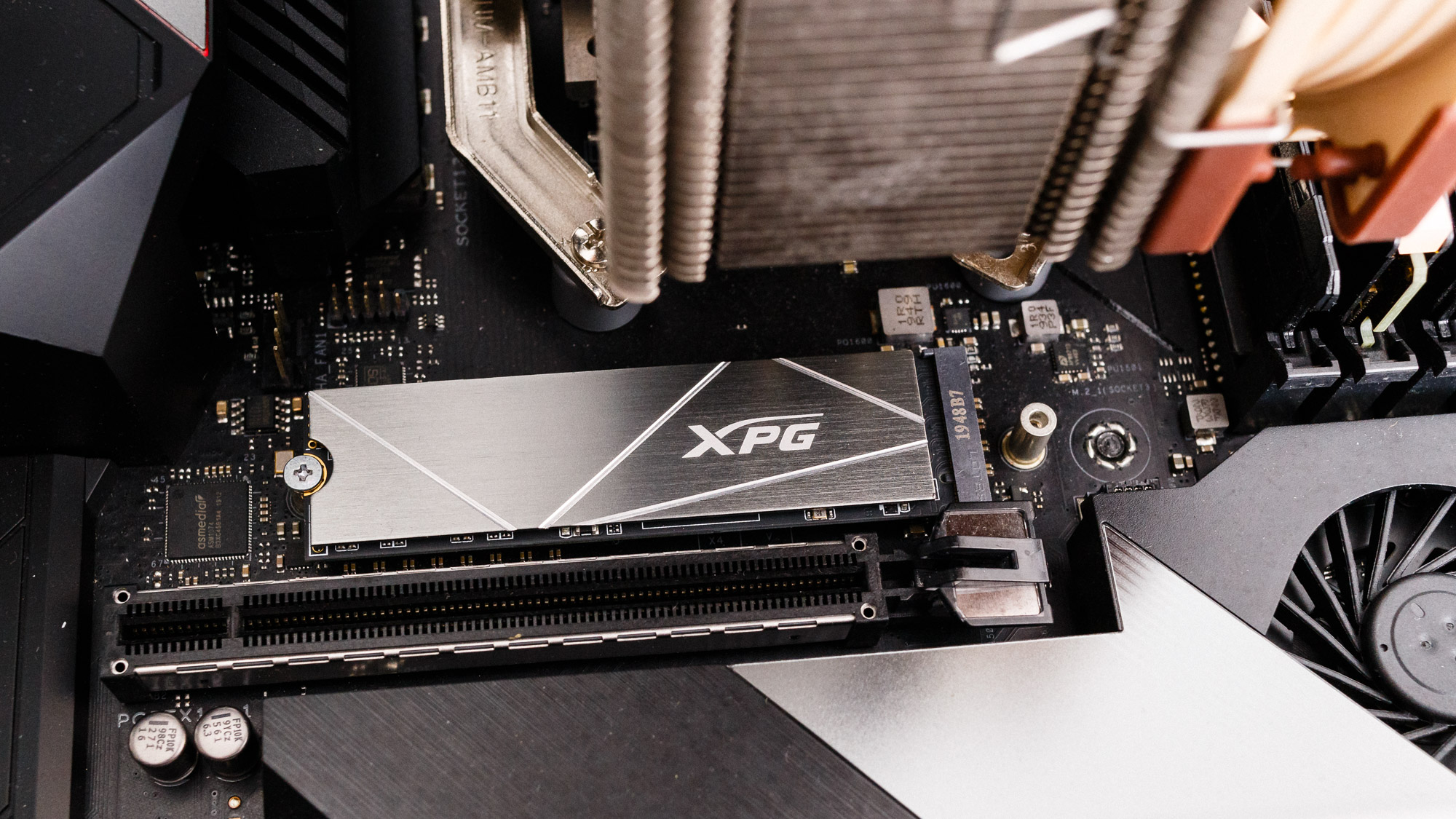 The ADATA XPG Gammix S50 Lite is an affordable option for a PS5 SSD, coming at $129.99 for the 1 TB variant. However, the SSD falls way below Sony’s recommended speeds, boasting a relatively minuscule max sequential read speed of 3,900 MB/s. It does come with a heatsink installed as well, so no need to go out and buy it separately.

However, tests conducted by The Verge have verified that this drive indeed works really well, with virtually no performance penalty in terms of loading times. That being said, it really boils down to the implementation of SSD technology into a game. As game engines evolve to become more dependent on the SSD for rendering hugely detailed worlds, cracks might start to show.

At this time, buying the XPG Gammix S50Lite or even any SSD rated below spec is a gamble. Hence, interested folk should definitely keep these things in mind before settling for this particular SSD. 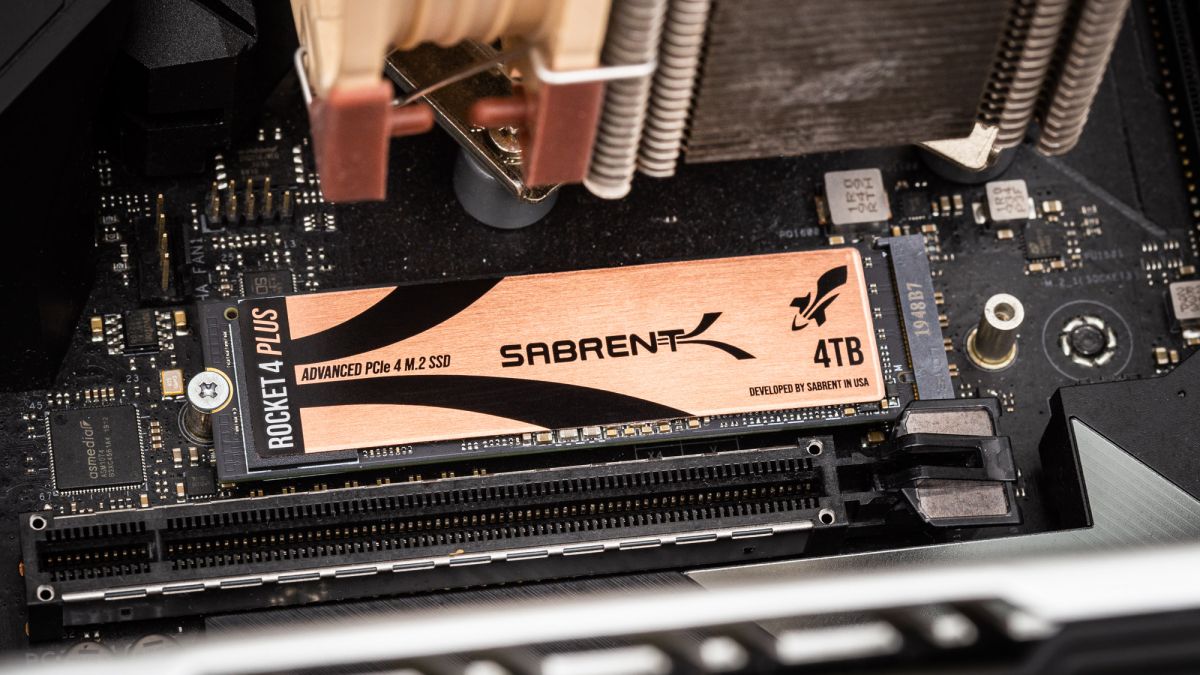 The Sabrent Rocket 4 Plus is yet another SSD that works quite well with the console and features sequential read speeds of 7,000 MB/s which passes Sony’s test with flying colors. The Sabrent Rocket 4 Plus’ 1 TB variant comes with a price tag of $199.99. However, the catch is – it doesn’t come with a heatsink installed. Installing one can be a tricky business though since the PS5 doesn’t have a lot of internal space for a heatsink. The ELUTENG M.2 2280 heatsink checks all the boxes in this regard, for a price tag of $8.99.

Given that officially supported SSDs requiring little to no effort for installing cost the same, buying this particular SSD doesn’t make much sense. Of course, availability can be an issue at times – and for those cases, the Sabrent Rocket 4 Plus will do just fine. 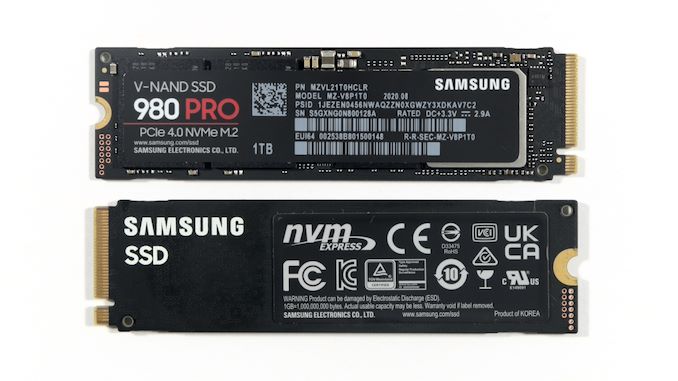 Samsung’s 980 Pro is also a great choice for an SSD. It features sequential read speeds of up to 7,000 MB/s which is fast enough for the job. However, it does not come with a heatsink much like the Sabrent Rocket 4 Plus. It also costs the same as the Sabrent, $199 for the 1 TB variant. The ELUTENG M.2 2280 heatsink will also work just fine with the SSD. 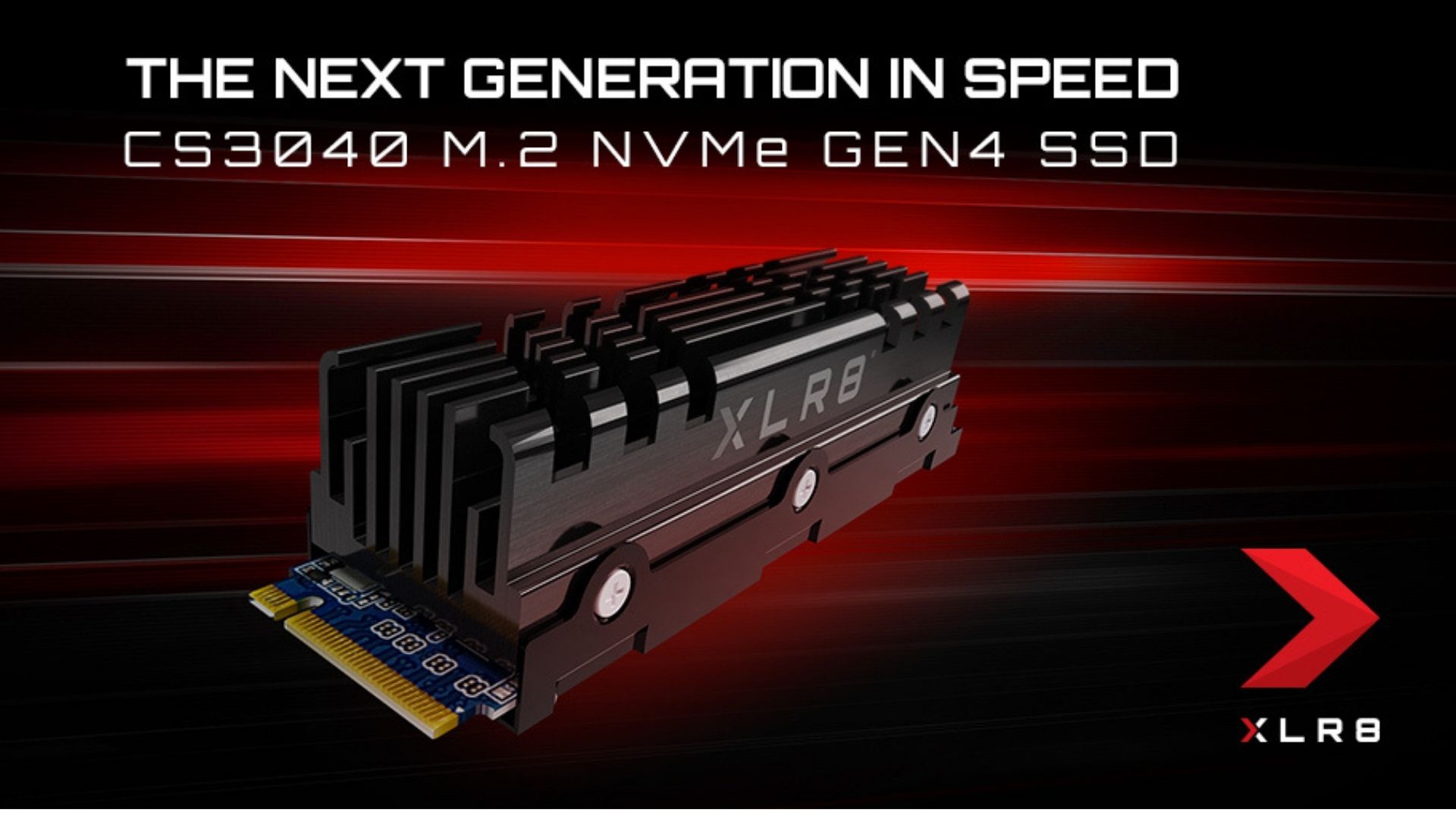 The PNY XLR8 CS3040 is a great pick, although not officially supported by Sony. It offers maximum sequential read speeds of up to 5,600 MB/s which barely passes Sony’s recommended spec. It features memory modules on both sides, which can be an issue since there is a chance of overheating causing throttling issues.

This can be combated with a heatsink such as the Be Quiet! MC1. The PNY XLR8 CS3040 comes with a heatsink variant as well, but compatibility cannot be ensured since there aren’t many details about the dimensions of the included heatsink. 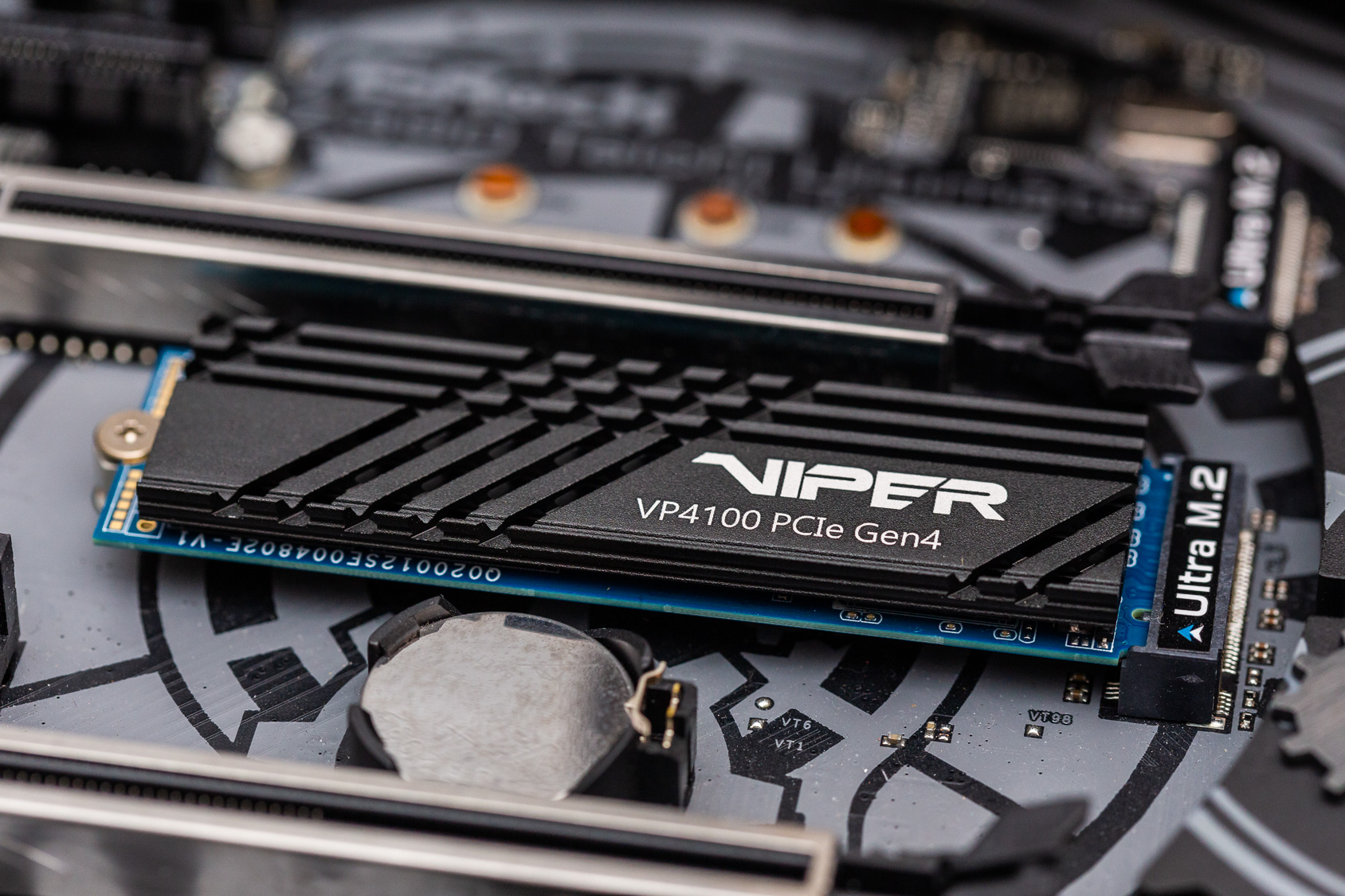 The Patriot Viper Gaming VP4100 features maximum sequential read speeds of approximately 5,00 MB/s which is, of course, lower than what Sony recommends. It comes with a heatsink that meets the requirements, making it an easy fit for the system. A price tag of $200 does the Patriot Viper Gaming VP4100 favors since better options are available in the ballpark of its price which either has better specs or is officially approved as compatible with the console.

Should You Buy A SSD For PS5 Just Yet?

As evident by most of the options, buying more storage is an expensive affair. Although the price for a lower storage model of these SSDs might sound enticing, anything less than 1 TB doesn’t seem like a justifiable purchase just now. Crucial and Seagate’s offerings are marginally cheaper than ones that were released before, and thus it’s advisable that fans should wait out for a bit before springing hundreds of dollars for an SSD. Of course, to each its own needs – for those desperately wanting more storage, options are definitely there.