PS5 Might Reward Digital Profile Items Along With Certain Trophies

Even more incentives for all the Trophy hunters out there.

Sony recently revealed the PS5’s UI, unveiling various new features that will be introduced with the PS5’s new user experience. In the video that they revealed it with, they highlighted some things in particular, but it seems they may have inadvertently revealed a few other things along the way.

For instance, as spotted by MP1st, some of the Trophies seen for Destruction AllStars were shown in passing while the PS5’s menu screens were being shown off. Two of these, it seems give players digital awards for their PS5 profiles when unlocked as well, with a Bronze Trophy unlocking a Profile Banner and a Gold Trophy unlocking a Profile Avatar. Take a look at the relevant screencaps below.

This isn’t something Sony have explicitly talked about so far, so it’s not a feature that’s been officially confirmed yet. It could, for instance, be possible that some elements of the UI shown during the reveal video were placeholders or not final. Then again, Sony have suggested that the PS5’s UX will have better integrated social features, and this doesn’t sound like it’s outside the realm of possibility.

Recently, a report also suggested that the PS5 will also show progress made toward unlocking individual Trophies, similar to the way Xbox has been doing it for some time.

Recently, Sony overhauled the Trophies progression system for both PS4 and the upcoming PS5, greatly increasing the level cap and reworking the pace at which players will level up, among other things. Attaching more cosmetic rewards to the system would seem like a logical next step forward. 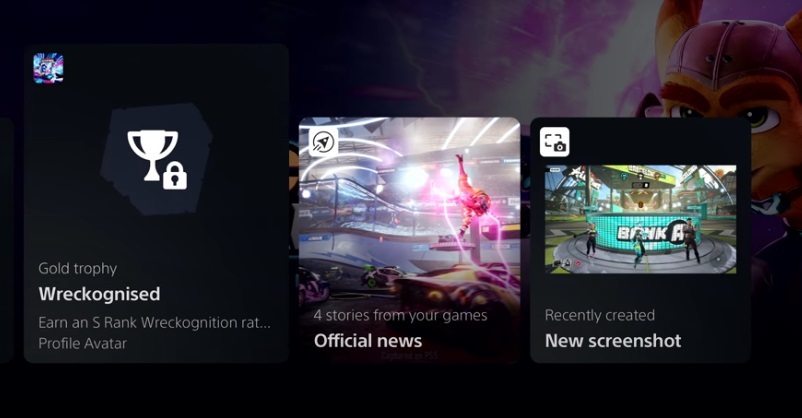