Now, this is "next-gen" graphics and visual fidelity.

A week ago, Microsoft outed a profoundly disappointing showcase of upcoming titles for the Xbox Series X-games like The Medium and Dirt 5 that didn’t look or feel next-gen in the slightest. This led many to believe that the move to ninth gen consoles was really a moot point: games would look more or less exactly how they do right now and the promised gameplay innovations thanks to advances in processing and storage capabilities were years away at least.

However, Epic Games saved the day with their surprise announcement of the truly, insanely next-gen Unreal 5 engine. Unreal 5’s first in-engine outing was showcased with a tech demo called Lumen in the Land of Nanite.

The demo’s title itself highlights two key aspects of the Unreal 5 engine that deliver that generational leap in fidelity, enabling things onscreen that the Playstation 4 and Playstation 4 Pro simply cannot do: The nanite per-pixel micropolgyon rendering system, and Lumen dynamic, real-time global illumination. These two cornerstones of Unreal 5 work in tandem to create real-time visuals that’ve wowed us in a way that, truth be told, compares only with the 2011 Samaritan tech demo in Unreal 3. Luman in the Land of Nanite is ninth gen. It’s not “cross-platform,” or “enhanced.”

This is the real deal. This is a target that developers working with Unreal 5 and Playstation 5 hardware can viably achieve in the months and years to come in shipping ninth-gen games. Actual, shipping Unreal 5 titles are a way off, though. But in the meantime, we thought it’d be a good idea to explore five things the Luman in the Land of Nanite demo does that the Playstation 4 and PS4 Pro simply cannot. Let’s dive in:

The most immediate, visible improvement that the Lumen in the Land of Nanite tech demo presents is the incredibly high quality of geometry and assets. Everything, down to the finest bit of debris, is rendered at full quality. Shortcuts like normal mapping and parallax occlusion mapping are nowhere to be found: we’re seeing real geometry, all the time.

The Playstation 4 and PS4 Pro pushed substantially higher polygon counts than was possible on seventh-generation consoles. Infamous: Second Son, for instance, rendered characters with over 120,000 polygons and drew over 11 million polys on-screen at a time. Despite this, raw polygon throughput remained a constraint throughout the eighth gen.

Together with slow storage speeds thanks to a 5400 RPM hard disk,  asset pop-in was a frequent occurrence in games. And even the best-looking titles had terrible long-distance LODs. Take Jedi: Fallen Order, for example. This game features some of the best environmental material rendering we’ve seen this generation. However, on the planet Zeffo, for instance, background detail looks like it was culled out of a PS2 game.

The 5x increase in raw compute throughput that the Playstation 5 brings to table makes Unreal 5’s Nanite micro-polygon rendering system a reality. Nanite aims to make an old CGI adage–”render everything your eye can see” a reality in real time games. Nanite essentially enables one triangle or more per pixel to be rendered on screen at all times, meaning that every polygon rendered is of the highest fidelity perceivable.

This allows for jaw-dropping detail at close distance. On a 4K display, we’re talking about 8 million polygon character models up close. Considering human beings only have a few hundred thousand hairs, Nanite might even enable full-on polygonal hair. Fine detail in skin pores and across facial contours, which were earlier approximated using shaders, can now be brought out in real geometry.

At medium to far distances, the effect is, incredibly, even more pronounced. Nanite makes it unnecessary to compromise on long-distance LODs. Because polygons are rendering in at a per-pixel level, geometric complexity scales perfectly so that objects in the distance look as good as they possibly can on the display. Together with the Playstation 5’s fast SSD storage solution, this means virtually zero object pop-in.

The Lumen in the Land of Nanite tech demo makes full use of this: every building and environment features intricate carvings that, together, multiply onscene geometric quality by an order of magnitude compared to the last gen. 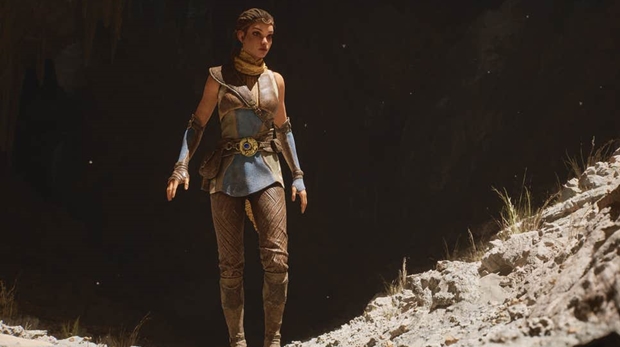 Another key advance we see in the tech demo, something that goes above and beyond eighth-gen capabilities, is the Lumen global illumination system. Lumen is a fully dynamic, real-time GI implementation, which puts it a generational step ahead of baked global illumination in the likes of Assassin’s Creed: Unity. Lumen reminds us that there are multiple paths to a given target. The current trend of using ray-tracing to enhance global illumination quality-Metro is a great example of this-comes off as a brute force approach, in comparison to Lumen.

While a true ray-traced image (as seen in Quake II RTX and the Minecraft RTX beta) is always going to offer a superior “ground truth” image, it’s now evident that high quality rasterized techniques can deliver lighting approximations that are every bit as good as hybrid ray-traced approaches. Effective global illumination implementations incur a massive performance hit. If Lumen makes its way over to older consoles, it would be in a compromised way, with fewer light probes being used, and lower indirect lighting quality.

8K textures and beyond: the benefits of near-unlimited memory

High-fidelity geometry is one thing, but for assets to really pop, texture quality needs to be high, too. Lumen in the Land of Nanite leverages 8K textures, ensuring that the finest is captured on scene, and allowing assets to pass muster even up close. High quality photogrammetry-based texture assets and the Nanite geometry rendering system work in tandem to deliver environmental assets that, at times, are indistinguishable from reality. This is largely possibly because of the increase to system memory.

The Playstation 5 has a shared 16 GB VRAM pool, twice that of the PS4. It also features super fast SSD storage which actually delivers nearly as much raw bandwidth as single-channel DDR3 1333 MHz RAM. Yes, we’re at that point in history where fast storage is faster than slow RAM. Over the years, the PS4’s limited memory pool has been stretched thin, to the point where PC ports of AAA titles generally have significantly higher quality texture assets. This issue is exacerbated on the PS4 Pro, since the console’s forced to push PS4-quality assets on high resolution 4K displays.

With the Playstation 5, texture quality appears to no longer be a bottleneck. Lumen in the land of Nanite uses high quality 8K textures that deliver great detail at a distance, as well as up close. 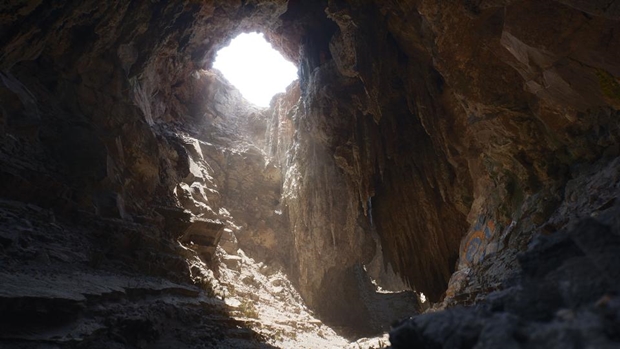 It’s very easy to overlook one particular aspect of the Lume in the Land of Nanite tech demo: at around the 3:14 point, the player character jumps, hurling what appear to be 3D geometric bits of debris in the air. Debris rendering has been a contentious issue in the eighth-gen, in no small part thanks to NVIDIA PhysX. On console, in-game debris was often rendered at a low fidelity, by approximating it with particle effects, or by culling debris geometry almost as soon as it moves. On PC, NVIDIA offered particle debris effects in a number of titles, from Fallout 4 to the Arkham series.

The performance hit was massive and difficult to justify adding tiny bits of geometric debris to the scene. Because of platform and performance issues, debris rendering never received quite as much love as, say volumetric particle effects. In the Lumen demo, however, we see what appears to be a more brute force approach, leveraging the greater CPU and GPU power on the PS5 to deliver Nanite-powered micro-debris that’s physically interactive. This adds a whole new layer of interactivity and realism to the scene. In first person titles, we can see how this would play out: moving around in a dusty environment would kick up particle volumes and actual geometric debris.

The Xbox Series X gameplay trailers we saw last week were disappointing, no doubt. However, Epic’s Unreal 5 reveal and the Lumen in the Land of Nanite tech demo offer hope for higher fidelity experiences in the near future. If this is what next-gen is all about, then there’s a genuine reason to consider buying Microsoft’s and Sony’s consoles later this year.