Sony's next-gen console will be pretty up-to-date with its wireless specs.

It can be hard to believe sometimes since we still lack some basic and important information, but we are, in fact, a few months away from the launch of a new generation of consoles. Both Microsoft and Sony are going headfirst into the holidays, and there’s all kinds of stuff to get excited for: the SSDs, the resolution and ray-tracing abilities and for the PS5 specifically there’s also the much talked about DualSense and its haptic feedback. But there’s actually more subtle things under the hood to get excited about, too, such as some quality of life improvements.

Brazilian site Tecnoblog unearthed the PS5’s wireless specifications, which you can see below. There are two very big upgrades here. The first is that the system will have the most up-to-date to date WiFi version, which is WiFi 6. It offers a maximum download speed of 9.6gbps. To compare, the original PS4’s maximum speed was 300mbps, while the fifth generation PS4 Slim and PS4 Pro chips were a maximum of 3.5gbps. That’s, of course, maximum download based on theoretical circumstances, but in general, it should still boost the speeds by some degree.

The other thing is Bluetooth. The PS5 will be almost entirely up-to-date with Bluetooth 5.1 (5.2 just came out, so they missed the most recent version by just a tad). The original PS4 shipped with only version 2.1 and the PS4 Pro had Bluetooth 4.0. Hopefully, that will lead to more Bluetooth devices being compatible with the system than ever before.

You can see the full spec sheet below. 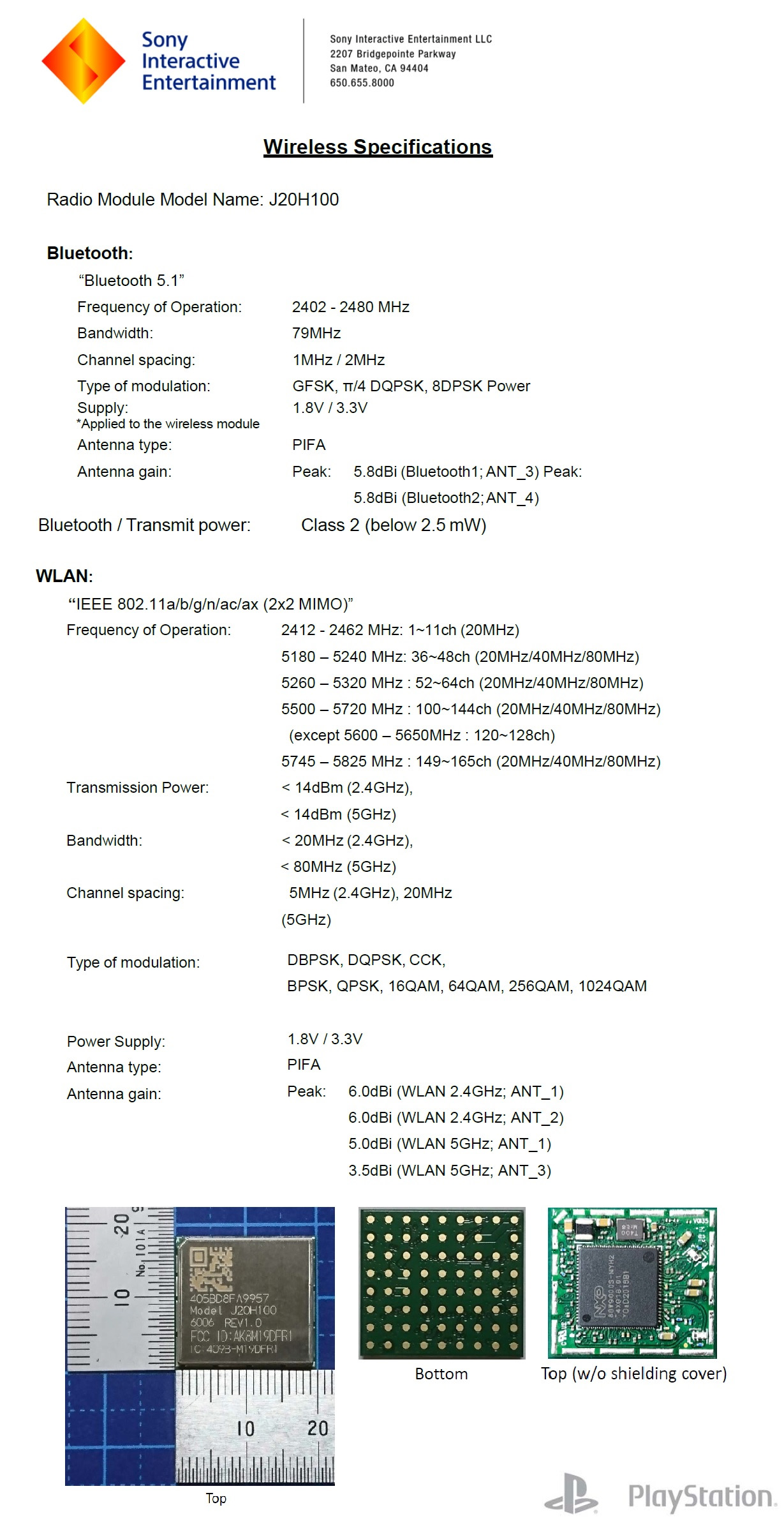