MercurySteam talks about working on the Xbox One X and PS4 Pro among other things.

Though MercurySteam seemed to be under the radar after Castlevania: Lords of Shadow 2 released in 2014, the developer has made a return in a big way. Along with the critically acclaimed Metroid: Samus Returns for the Nintendo 3DS, the studio is busy prepping Raiders of the Broken Planet: Prologue for free download on Steam. The co-op action shooter will also feature asymmetrical multiplayer and offer new episodes in the future that expand on the story.

Given the amount of technology that MercurySteam has to deal with compared to three years ago and the changes made to its Mercury Engine, the development scenario for Raiders of the Broken Planet is obviously more complicated. GamingBolt spoke to MercurySteam producer Dave Cox to learn more about the game and how the team is tackling development on the Xbox One X and PS4 Pro. 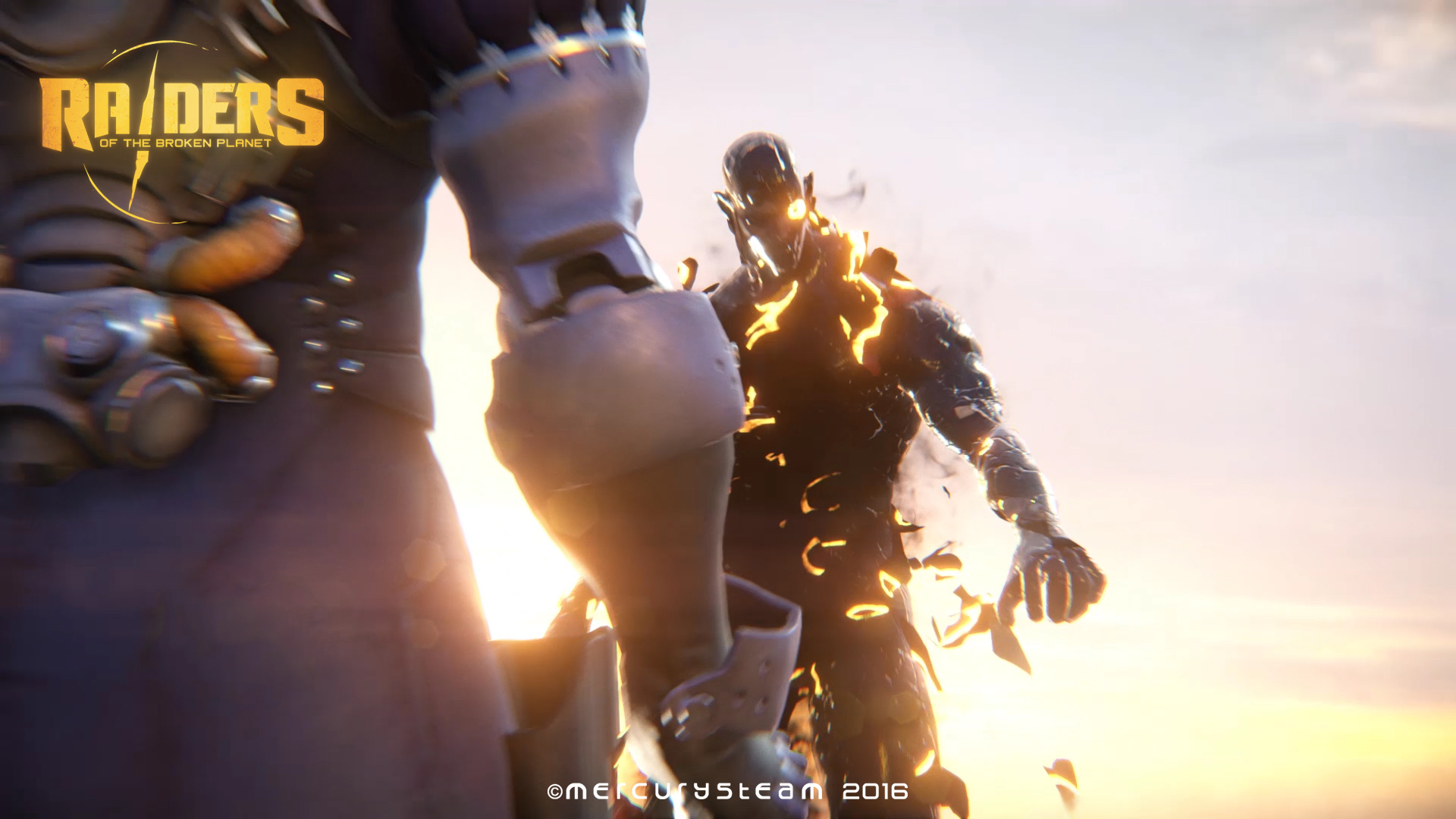 "Our goal was to free the players of the chore of pushing a button when they take cover, letting the game take care of that organically, and allowing them to focus on the action."

MercurySteam have a phenomenal track record in developing games with some fantastic artwork and visuals. I am a huge fan of your Castlevania series and I think for its time it was a technical marvel. Sometimes, I just sit back and start thinking how do you even approach developing these kind of games and incorporate real life elements into pixels? Where do you begin and where do you end, from a technical perspective?

Good question. We always start with a theme, drawing inspiration from sources that might not necessarily have to do with videogames -like films, novels or comic-books. We always try to stay true to the project’s original vision in terms of art, narrative and design, and our goals are always very ambitious.

We are fortunate to work with top artists, and give them total creative freedom to imagine that vision. The technical challenge lies in taking that vision into the game itself, and end up with a game that looks great and is fun to play.

Raiders of the Broken Planet is running on your in-house engine. So obviously, I wanted to ask what kind of improvements you have made to the engine in terms a. Physics b. Physical Based Rendering and c. Enemy AI?

We have added a real-time physics analysis system that allows the characters to use cover automatically when they are near an obstacle, instantly launching the right animation and obtaining a really smooth navigation feel. Our goal was to free the players of the chore of pushing a button when they take cover, letting the game take care of that organically, and allowing them to focus on the action.

About PBR, the main news is that it doesn’t exist anymore! The previous iteration of Mercury Engine used a more classic rendering system, but Mercury Engine 5 makes use of our own BRDF functionalities, similar to those used by Unreal Engine or Pixar. We have also added other technologies, like IES profiles for more realistic light sources or probes for occlusion.

Our AI has a new editing system based on behaviour trees, including parameters that allow the designers to create complex behaviours and adjust gameplay quite fast, without having to involve the code team. Our new nav meshes and smartlinks system allows the enemy to navigate the maps making use of cover, climbing up and down obstacles and even making use of transports. Lastly, we have improved parallel processing to make the most out of the current multi-core hardware configuration.

In our last interview, you spoke a bit about the potential of shipping the game on the PS4 Pro and Xbox One X. Now we have confirmation that you will indeed be shipping the game with enhancements tailor made for these two new consoles (reference here). So, I wanted to ask how did you go about assessing the capabilities of these new boxes before you eventually begin developing for them?

It’s always easier for us to upscale a project. Having extra power is never an issue, as we work with assets of the greatest quality. We must find the balance between what we have and what we can put into the game, and making sacrifices is never easy. Both the PlayStation 4 Pro and the Xbox One X are upgrades of existing consoles, thus for us it is just a question of scaling up the quality of the assets. 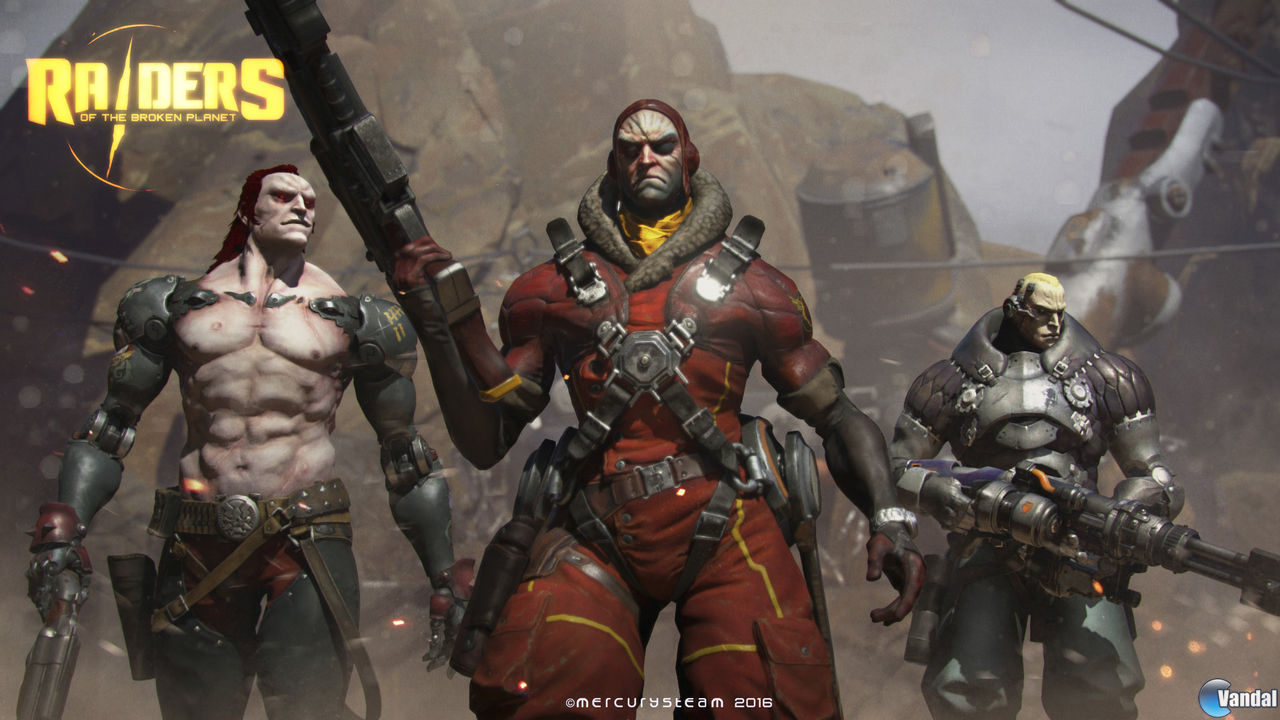 "We always strive to get the most out of each platform while maintaining a uniform quality, ensuring the player will have the best possible experience regardless of his or her platform of choice."

I believe the term 4K is more a “marketing” term rather than actually delivering that kind of resolution on PS4 Pro and Xbox One X. Personally, I use a GTX 1080Ti for rendering my games at 4K at decent frame rates. Compared to some of the high-end GPUs out there, the PS4 Pro and Xbox One X are outdated, especially if you consider their archaic CPUs.

Our premise is to always offer the best possible gaming experience to the players. That’s why we have chosen to use that extra power to ensure a maximum fluidity, aiming for 60fps with only slight drops at points with significant graphic stress.

A high FPS is vital for such a fast-paced game. Aiming for native 4K resolution, even making use of checkerboard, would have stuck us at 30 fps. In any case, both Xbox One X and PlayStation 4 Pro will have resolutions escalated above 1080p and improved FPS rate.

There are a ton of lighting effects, physics and various different kinds of systems working together in your game. Raiders of the Broken Planet will be shipping on five platforms (Xbox One X and PS4 Pro included), so where do you begin in terms of engine scaling in order to support so many platforms?

The Mercury Engine has been in constant evolutions since we launched Scrapland. We have kept some functionalities, while others had to be redone from scratch to adapt to the new platforms, or new paradigms like multitasking.

In terms of pure hardware perspective, the picture is clear. The Xbox One X is far ahead of PS4 Pro in terms of GPU and memory bandwidth. The differences in ROP counts and bandwidth are public knowledge. As a developer, who is making a beautiful artistic game, what is your take on the differences between the two and do you think this difference will be visible to the general audience?

We always strive to get the most out of each platform while maintaining a uniform quality, ensuring the player will have the best possible experience regardless of his or her platform of choice. If you are an expert who enjoys detailed performance analysis, you will notice slight variations in definition and frame rate, but otherwise it will be difficult to notice any differences. 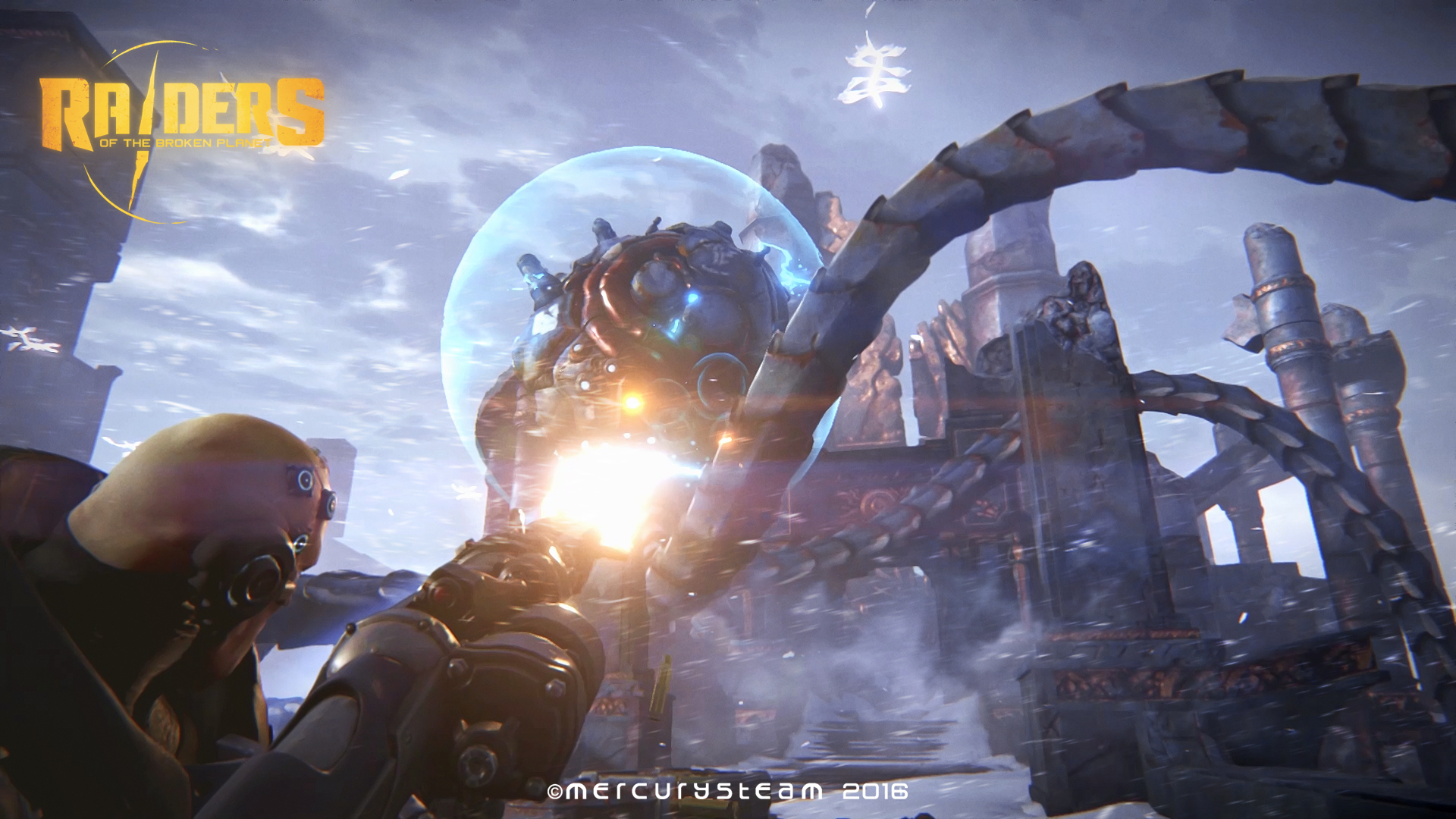 "Xbox One X required us to generate two images, an HDR one an a LDR one, to be used on non-HDR compatible TVs. On PS4, this process is done automatically by the system, simplifying things greatly."

I just wanted to take you back to the earlier Xbox One days. The console’s eSRAM was painful to work with. Many developers had issues with it. Is it still that much of a problem in case of Raiders of the Broken Planet?

The problem didn’t reside on the eSRAM itself, but the amount of eSRAM you have at your disposal to fit all the render targets. The Xbox One has seen a huge improvement in that department compared to the Xbox 360.

MercurySteam stated that the game is already running at 1080p and 60fps on the base PS4 and Xbox One. Does this mean that the Xbox One X version running at “native” 4K resolution at 60fps? Also, where does this leave the PS4 Pro version?

In both premium consoles, we have achieved higher resolution without having to sacrifice fluidity, reaching what we believe is the ideal balance between both aspects. You will find resolutions above 1080p in both platforms.

The game is already confirmed to feature HDR on both the PS4 Pro and Xbox One X. Was it easy to implement and what kind of effort went it to implementing it and which console made it easier for you?

Xbox One X required us to generate two images, an HDR one an a LDR one, to be used on non-HDR compatible TVs. On PS4, this process is done automatically by the system, simplifying things greatly. Overall, the process has not been too costly because Mercury Engine 5 already worked with HDR assets.

I wanted to end this interview about a question regarding APIs for both consoles and how you used them for Raiders of the Broken Planet. The Xbox One and Xbox One X are sharing a lot of libraries from DX12 whereas the PS4 and PS4 Pro are using their own custom API.

How much of a challenge it’s juggling between two different solutions and trying to achieve the same thing on different platforms? Any particular challenges you came across while using them?

Thanks a ton for your time! API differences aren’t too significant between platforms. The best part of the code is generic, with the exception of some critical parts that are specific to each platform, that needed to be paid extra attention to get the most out of them.

Tagged With: MercurySteam, pc, ps4, raiders of the broken planet, Xbox One