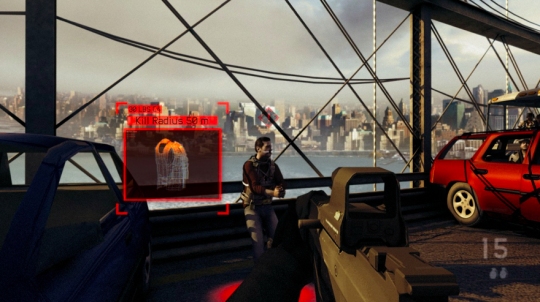 Jade Raymond, the CEO of Ubisoft Toronto has told VG247 today that they have completed development on their respective portion of  Rainbow 6 Patriots.

Previously in 2012 it was said that Ubisoft Montreal continued to work on the single-player portion of the game, while Ubisoft Toronto was handling the Multiplayer Missions. The team has around 200 people working on the title. Originally Rainbow 6 Patriots was supposed to come out on PC, PlayStation 3 and Xbox 360. However, it’s looking like that the game will now come out on next-gen consoles instead.

Jade Raymond’s development team is also working on Splinter Cell: Blacklist and on the next Assassin’s Creed title along with two IPs of its own after the release of Assassin’s Creed IV: Black Fag.

Is Rainbow 6 Patriots coming to Xbox 720 and PlayStation 4 later this year as a Launch title? Stay tuned for more news regarding this matter on GamingBolt.