Rainbow Six: Patriots may not have been showcased at this year’s Ubisoft E3 media briefing but it had a worthy replacement as the publisher debuted Rainbow Six: Siege. We got a look at the multiplayer demo for the game which pitted a team of operatives against a team of criminals in an attempt to rescue a hostage. For a game lacking in set-pieces and over the top explosives, it was certainly enthralling. Check it out above.

Some of the more interesting mechanics included a large degree of destructibility that allowed one to shoot through walls and blow out ceiling in order to get the drop on enemies. While picking up a hostage, you’ll be restrained to using a side-arm while you escort said liability out. You can also use drones to ascertain enemy positions, thus planning ahead in true Rainbow Six style.

What are your thoughts on Rainbow Six: Siege? Let us know in the comments below. 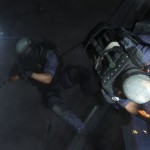 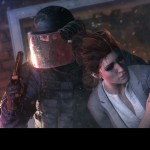 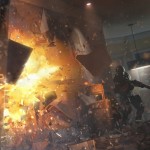