Highly anticipated title came in behind Fortnite and Black Ops 4 in its debut week.

Microsoft has released its weekly chart of the most played games on the Xbox One last week. This week’s chart data has been widely anticipated in a lot of quarters, since last week was Red Dead Redemption 2’s debut week. Surely the hugely anticipated title would end up at the top of the most played charts, wouldn’t it? Especially given how great sales and reception for the game have been, indicating people are buying and enjoying the game in droves?

As it turns out, no. In its debut week, Red Dead Redemption 2 charted in third place on the Xbox One Most Played charts for North America. It came in behind Fortnite: Battle Royale, which kept its number 1 spot, and Call of Duty: Black Ops 4, which steadfastly holds on to its number 2 position.

Now, to be fair, Red Dead Redemption 2 launched on Friday, so the fact that it managed to climb up to third place in a couple of days, next to games that were being tracked across the entire week, is already very impressive. Who knows, next week’s charts may see Red Dead Redemption 2 at the top. 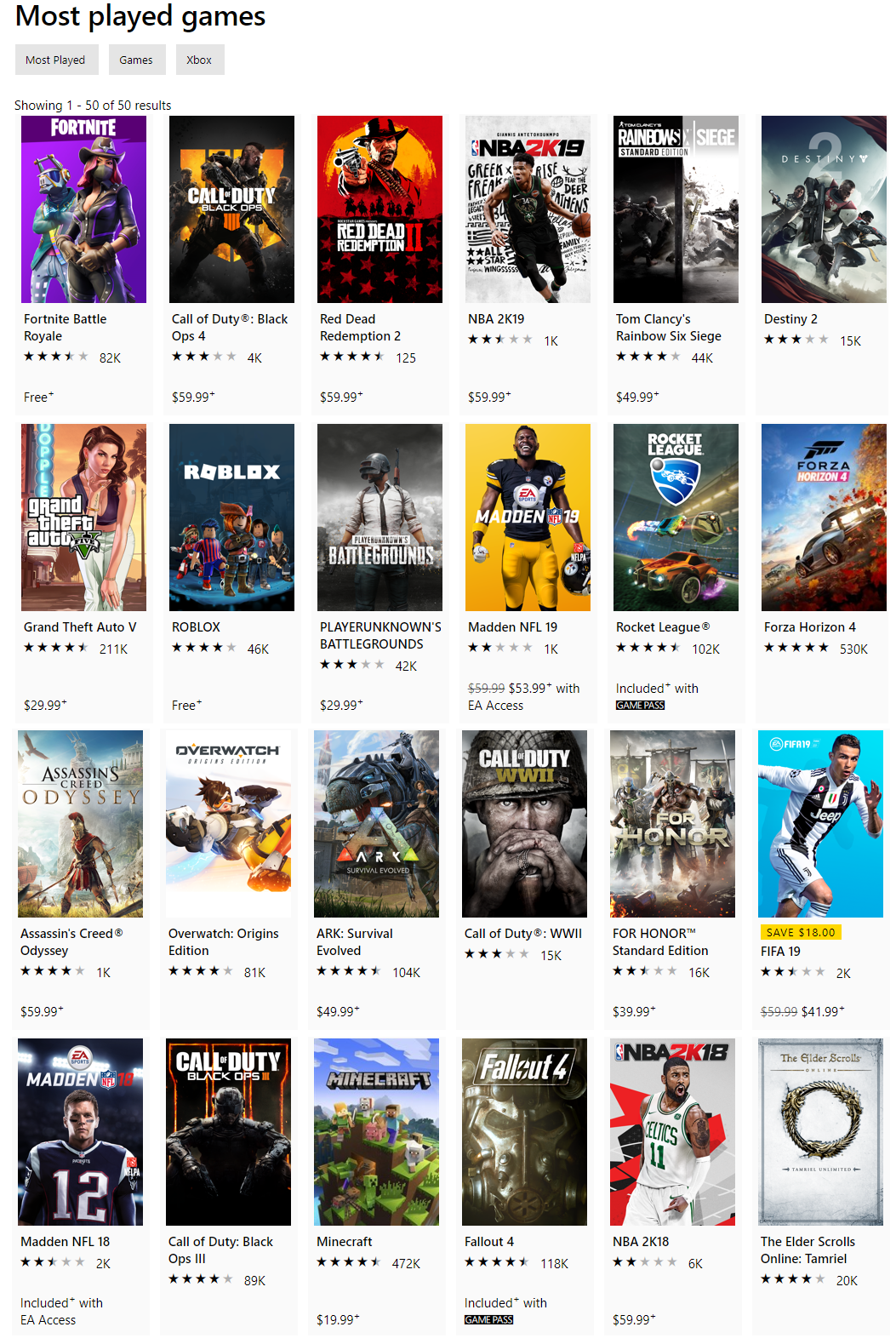