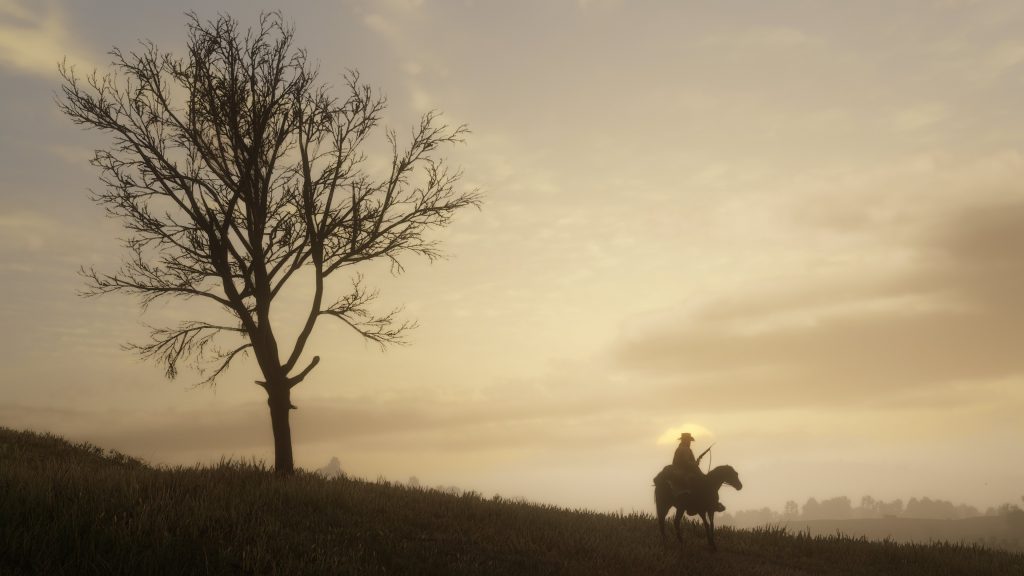 Red Dead Redemption 2 will be arriving for consoles in just a month, and the developers have steadily been revealing more and more details about the game. A lot’s been said by Rockstar about the game’s open world environment and its dynamic nature, and they’ve been talking up that aspect of the upcoming title even more. In the latest issue of Official PlayStation Magazine (November 2018, Issue 154), Rockstar North’s Co-Studio Head Rob Nelson and Art Director Josh Bass talked about various aspects of the game, including its environments, their design goals, the game’s setting, and more.

Rob Nelson talked about how working on the current-generation version of GTA 5 helped them to see how they could improve things with Red Dead Redemption 2. One of the ways they’ve done that is by being a lot more ambitious with the game’s diverse environments. Regarding this, Bass said, “We wanted to move beyond the classic desert landscapes of the original game and introduce a larger cross-section of America. More advanced technology meant that it was possible to create the kind of diverse environments we were looking for, with thick mud, huge mountains, and deep, powdery snow; dark, foggy swamps, and heavily forested areas; as well as wide grassy plains.”

He also went on to talk about how the game will feature the series’ first real city: “RDR2 also features the series’ first real city, the industrialising port town of St. Denis, which will feel like a stark contrast to the outposts and towns across the rest of the world.” Recently, Saint Denis was one of seven locations in the game that Rockstar revealed plenty of interesting new details on.

A lot of attention to detail has gone into making the game’s world feel alive, and it looks like there will be a lot to do in several parts of this huge world. Nelson stated, “We wanted to go deeper into the world than we ever have so players truly left like this was a place to live. It’s the idea that you can go from an epic shootout on the top of a train to jumping on the back of a stagecoach and pulling cash out of the lockboxes, or looking in the cabinets of a homestead for whiskey. We’ve tried to make the game something you can get lost in at every level.”

Regarding this, Nelson said, “This game feels closer to a living place than we have ever managed to achieve before, and feels natural in keeping with the pace of America in 1899. As big as Red Dead Redemption 2 is, there’s an intimacy to this game that’s not easy to create in a world [like GTA’s] that you speed through in a car or fly over in a plane. We wanted RDR2 to feel a lot more intimate and grounded, so it made sense to push that realism as far as we could while maintaining the sense of fun. We want to create the illusion of realism without being too punitive to the player.”

Finally, Bass emphasized the importance of choice in the game, and how the world will respond in some way or the other to the choices you make as a player. He said, “While there’s an overarching story, the game is filled with choices for Arthur to make that will allow you to decide what kind of outlaw Arthur is – whether he’s an honorable outlaw or someone less honorable is up to you. The world will respond to these choices in ways both big and small, and hopefully when players begin to share their experiences they’ll start to realise just how different they are from one another, depending on the hundreds of decisions they made across the course of the game.”

All of this this just makes us more excited to try the game out even more, which was obviously Rockstar’s intention. Red Dead Redemption 2 is set to release for the PS4 and Xbox One on October 26.