Capcom’s classic horror title returns, bigger and – hopefully – better than ever before.

Posted By Shubhankar Parijat | On 23rd, Jan. 2019 Under Article, Feature

There’s a ridiculous amount of excitement surrounding the upcoming remake of Resident Evil 2, and it’s really not hard to see why. It’s a combination of several factors- it’s the remake to what a large portion of the series’ fans believes is the best Resident Evil game to date; it’s built on the incredible RE Engine, and looks absolute fantastic; it’s retaining the foreboding and tense atmosphere that made Resident Evil 7 so good; and it’s also doing it all with the over-the-shoulder camera that Resident Evil 4 popularized. In so many ways, it’s the best possible concoction.

And it’s almost here too- with the clock ticking and Resident Evil 2 approaching its release, in this feature, we’re going to try and make that wait a little easier by, well, just talking about the game. Following on from our earlier recent feature that did pretty much the same thing, here are fifteen more things that you need to know about Resident Evil 2.

Though Resident Evil 2 uses the same camera perspective as RE4, the aiming in this game actually functions differently from any other game in the series. While you can move around while aiming, unlike Resident Evil 4, your reticle blooms suddenly and quite drastically the moment you do so, making your immediate shots at risk of missing their target more often than not. As you stand still, the reticle contracts again, and only while you’re completely still and aiming do you achieve maximum accuracy. 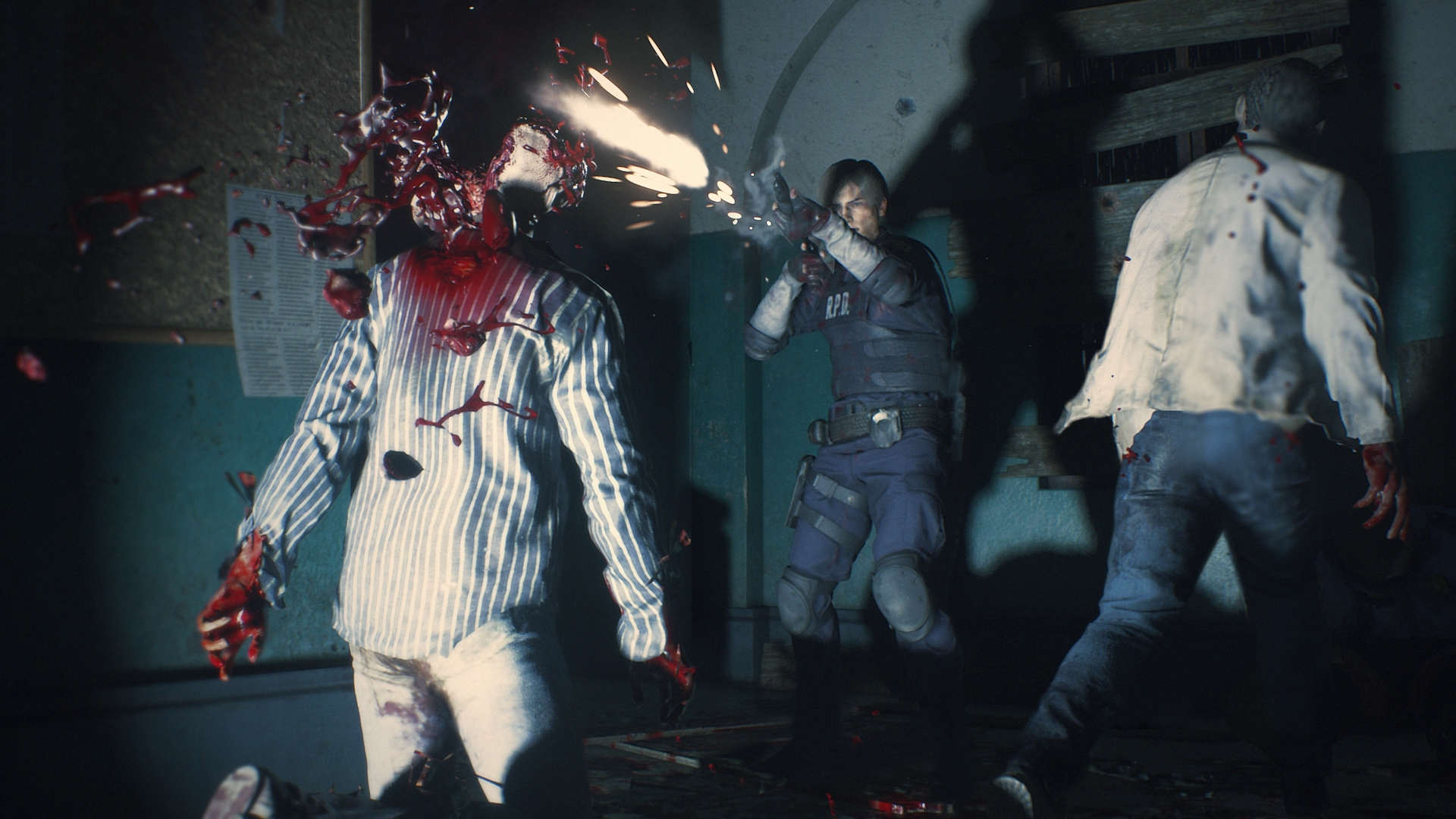 For those who’re looking for something a little less challenging than what we just talked about, Resident Evil 2 also gives you the option to turn on auto aim. This auto targeting system will lock you onto weak points of enemies, making things significantly easier- what’s also neat is that it sort of echoes the aiming mechanics in the classic, fixed camera Resident Evil titles.

Doors were your best friend in Resident Evil 2 (and other classic Resident Evil titles as well, for that matter). That’s might sound weird to the uninitiated, but doors in Resident Evil 2 that led to other separate sections of whatever location you were in also brought loading screens with them, and when you emerged on the other side, any zombies or enemies that might have been chasing you previously did not carry through with you. There will be no such reprieve in the upcoming remake. There are, of course, no loading screens, and that isn’t notable because of some technical feat (it might have been fifteen years ago, maybe), but because zombies will now chase you around, and even open doors and enter into different rooms just so they can (literally) sink their teeth into you. 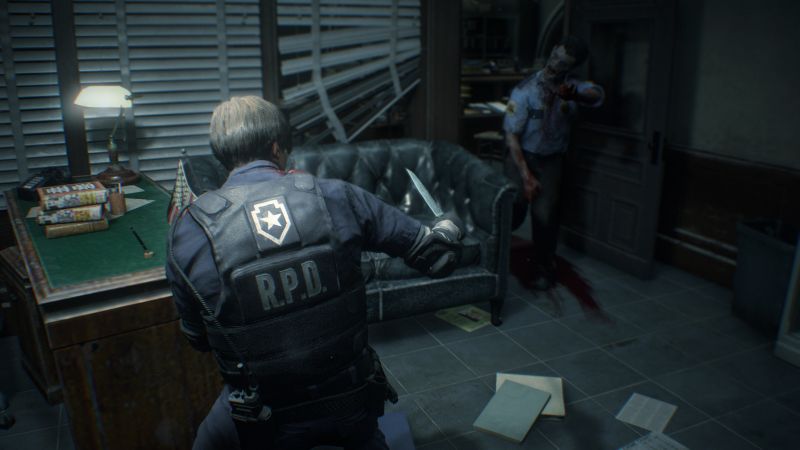 Anyone who’s played the classic Resident Evil titles – RE2 included – would remember that walking through corridors that were lined with windows was often a terrifying experience, because you never knew when what might jump through. Windows in Resident Evil 2 will be similarly dangerous. Zombies roaming around the perimeter of the RPD headquarters might find their way in and surprise you even in corridors you thought you had already cleared- to avoid this, you’ll need to find wooden plans scattered about, and barricade the windows shut. And of course, the wooden plans will take up space in your inventory as well, which will be yet another thing to keep in mind. 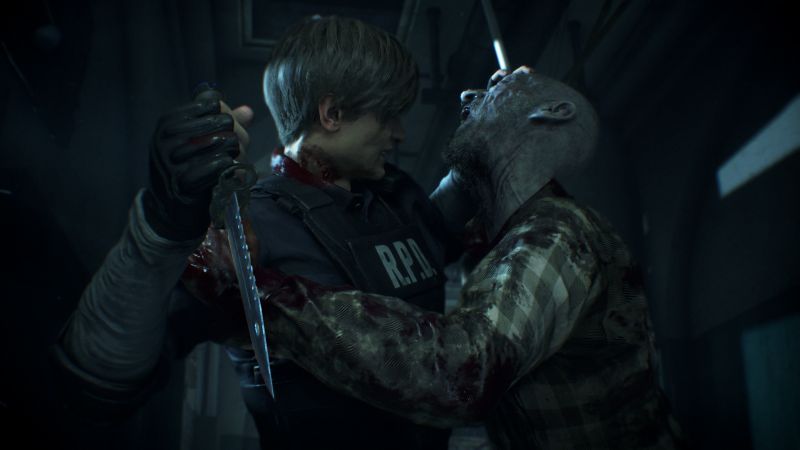 Weapon durability is becoming more and more common in games these days. Now don’t worry- your guns in RE2 can’t be damaged or broken. There’s enough to worry about as it is. But your combat knives can break. What’s more, if you stab a zombie up close, that knife will stay in its corpse, and you’ll have to go and retrieve it once that zombie is dead. If your knife breaks? Well, look for another.

Also new to Resident Evil 2 is a crafting system- not new to the series, mind you, just to this game, in that the original RE2 did not have it. Players will be able to use any gunpowder they find to make bullets, while mixing together different kinds of gunpowder will produce different kinds of ammunition. Similarly, players will also be able to mix and match red, blue, and green herbs to produce different medicines with unique effects. All of this is, of course, something that Resident Evil 3 fans will remember quite well.

Ah, the lickers. The terrifying, disgusting, surprisingly agile, astoundingly dangerous monsters that have scared the crap out of many a Resident Evil fan over the years. The lickers will, of course, be back in Resident Evil 2, and they will be more disgusting and scarier than ever before. While functionally they’re going to be the same, thanks to the incredible power of the RE Engine, Capcom is going to be able to present and render them in better and more terrifying detail than ever before. Also, don’t expect to see them in the exact same spots that you remember them from in the original. Resident Evil 2’s remake is going to keep you on your toes… 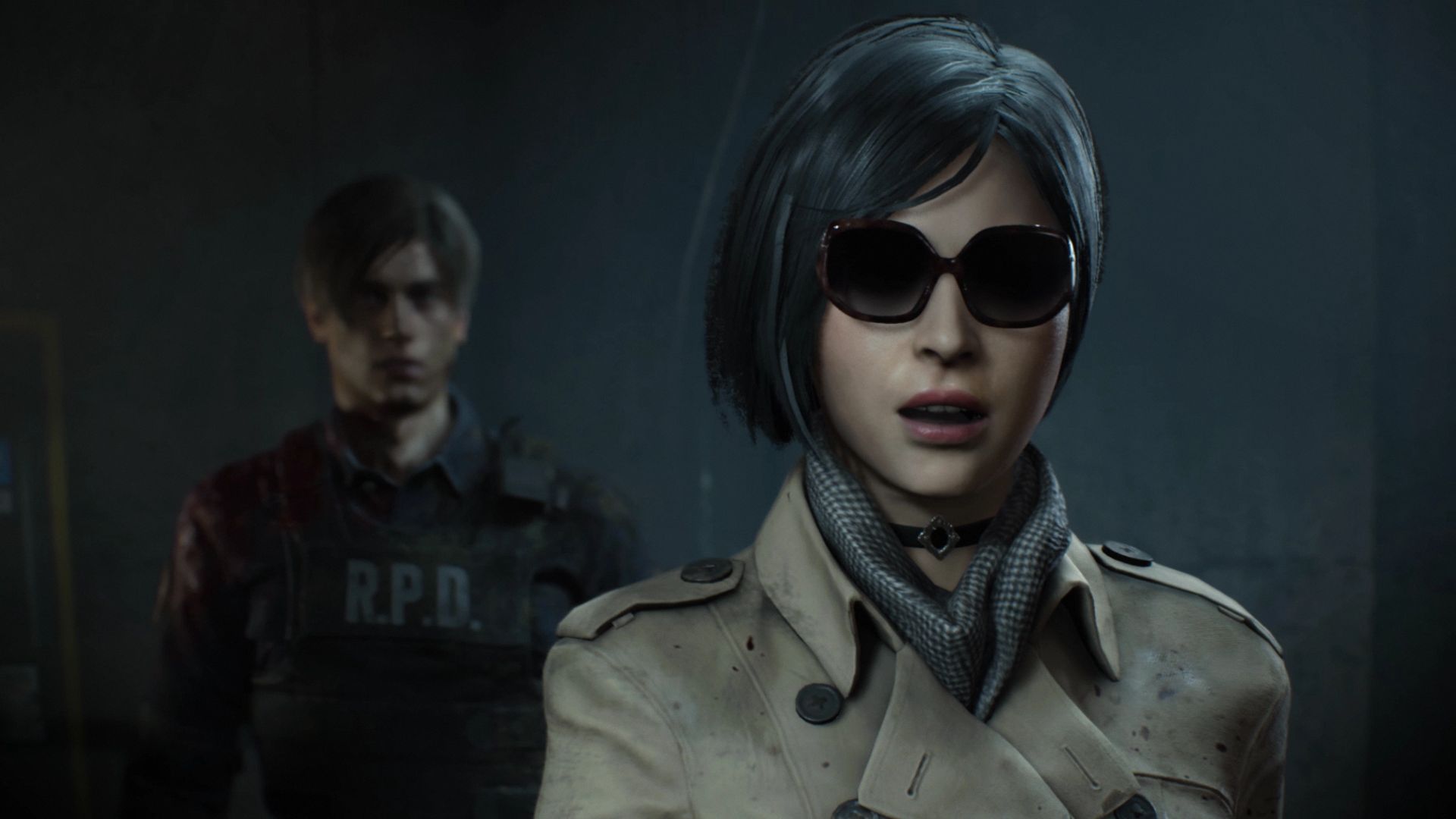 The enigmatic Ada Wong is going to return in all her glory in Resident Evil 2, but this time, she’s going to be equipped with a new toy. The sections where she’s playable will see her relying less on using weapons, and more on making use of her new hacking device, which she can use to do everything from simple things, such as destroying a fan blocking her way, to more useful stuff, like peering through walls to hack into security systems and discover new routes to take. 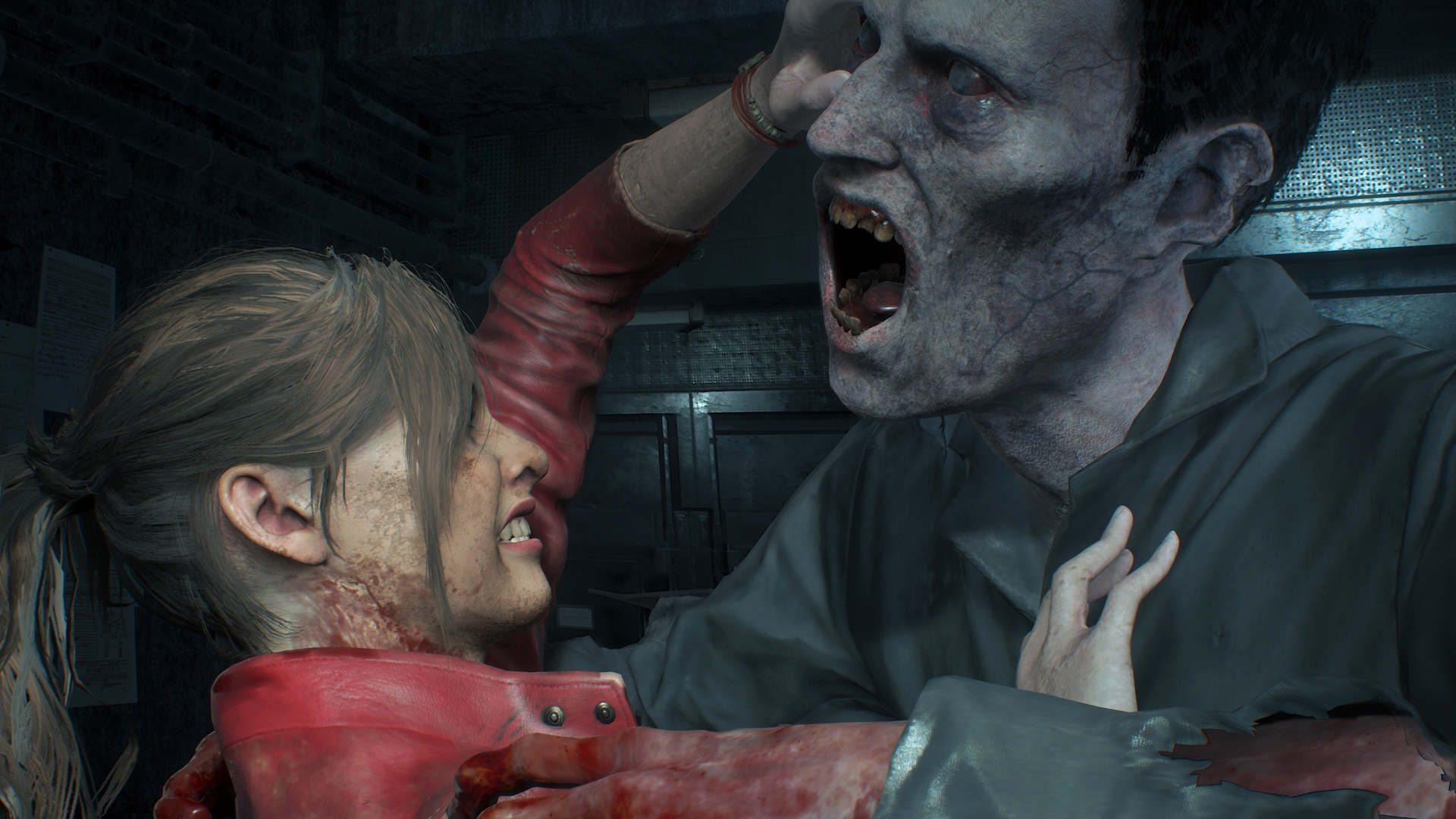 As Resident Evil 2 makes the switch from fixed camera to a third person perspective, it’ll have to make appropriate changes in other areas as well. Many of these we’ve already discussed, but one more area that’s changed significantly is the game’s audio design. What exactly does it entail? Here’s how Capcom’s Tsuyoshi Kanda, producer on Resident Evil 2, describes it: “In terms of audio, we used Capcom’s dynamic mixing stage, a newly built 3D audio booth in our R&D building with 7.1.4 channel Dolby Atmos. This enables changes in sound in real time using binaural technology, enabling realistic audio that makes players feel as if they are actually there. Zombie moans can be heard to the right and left, in front and behind, affecting not only the sense of sight but of sound to make users experience a greater feeling of horror.” 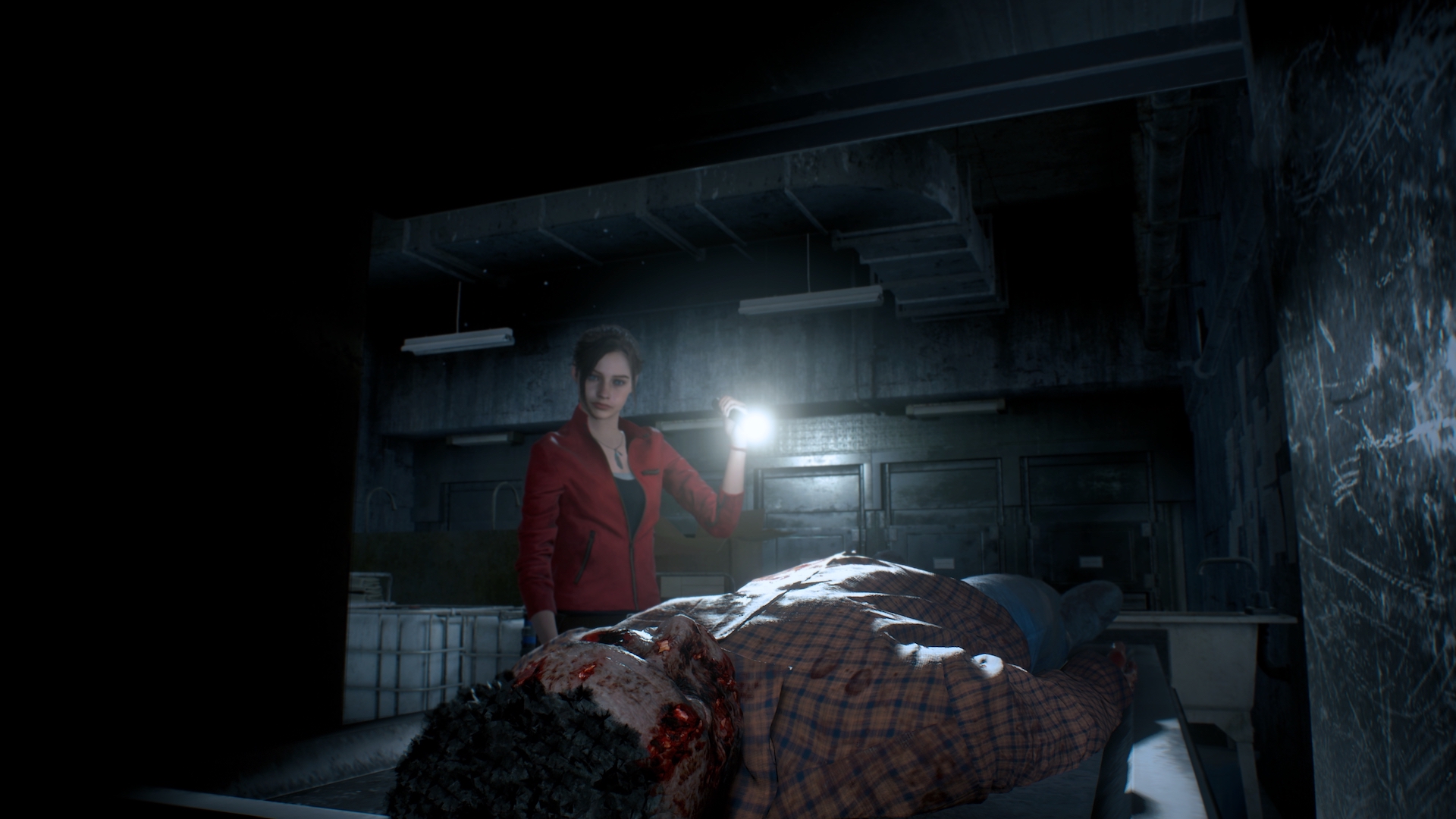 If you purchase Resident Evil 2’s Deluxe Edition, you’ll get access to something very special- or special if you’re a fan of the original game, anyway. You’ll receive the original soundtrack swap, which, as the name suggests, will allow you to play the remake, but with the original 1998 game’s soundtrack instead of the new one that’s been composed for the remake. 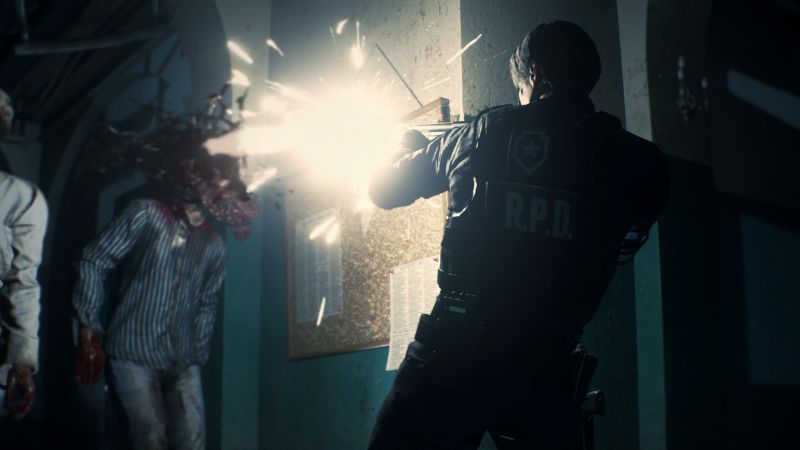 Capcom have also confirmed just how much gameplay hours players can expect to get out of Resident Evil 2. Both campaigns will be roughly ten hours long each, though it’s worth noting that since there’s some overlap between the two campaigns, whichever one you choose to tackle second will probably take you less time than the first one. In total, then, we’re looking at a playtime of 15-20 hours, which is great for a survival horror title, and also, incidentally, more than twice what the original Resident Evil 2 offered. 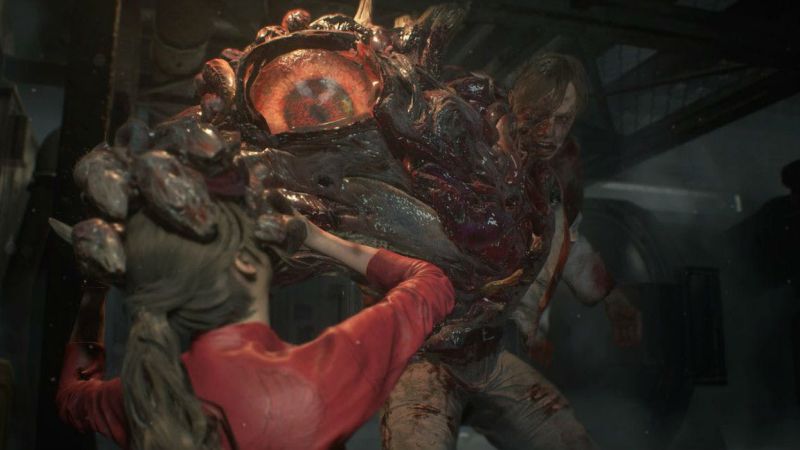 Given the tech that Resident Evil 2 is using and how ambitious it is as a remake, you’d expect it to be a pretty hefty game, in terms of install size. Blessedly, though, that’s not going to be the case. On the Xbox One, the game will require 21 GB of system storage (though the number will probably be higher on an Xbox One X); on a PS4, the game requires roughly 23 GB; while on PC, it requires 26 GB.

The remaining entries in this feature are going to pertain specifically to the PC version of Resident Evil 2.

For those of you with wide screen monitors for your PC setup, this is obviously great news. Resident Evil 2 will feature full widescreen support at a 21:9 aspect ratio. Given how much of a visual feast this game is looking like it’s going to be, playing it on wide screen screens is probably going to be an excellent experience. 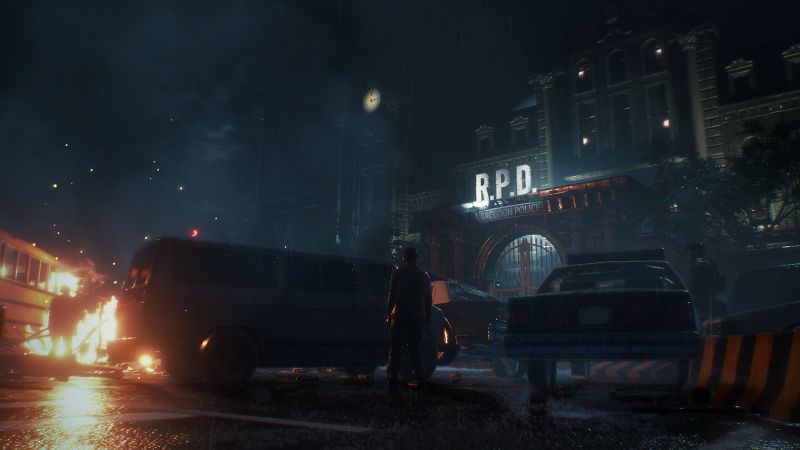 Denuvo DRM is widely disliked by the PC community, but it is an ugly truth of the PC gaming scene. Developers often use it in their games to prevent piracy, and that’s what Capcom is going to do for Resident Evil 2 as well. Thats said, there’s always the chance that they will remove it a few months after launch, as developers often tend to do. In fact, Capcom, too, did it with Mega Man 11 last year. 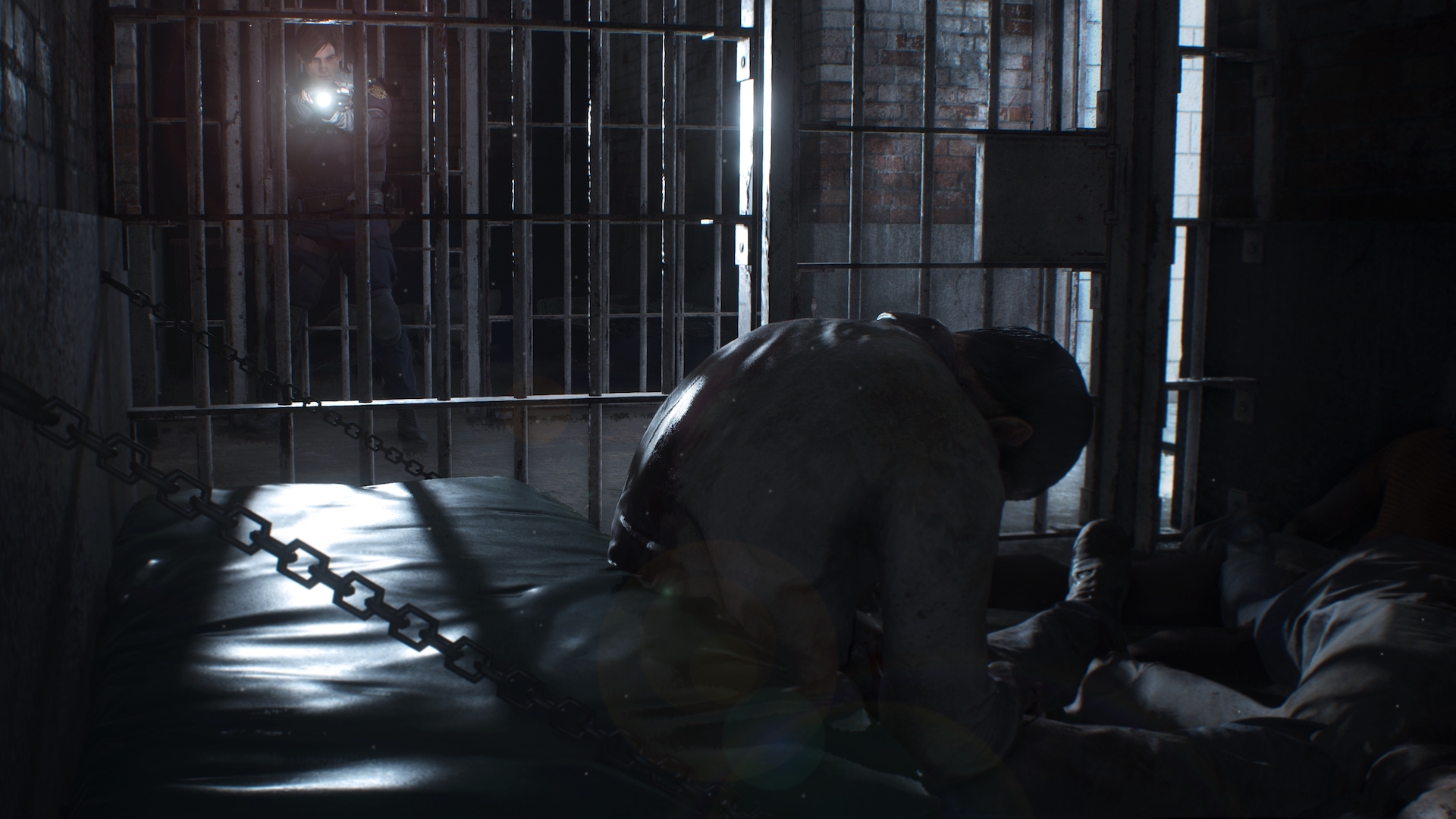