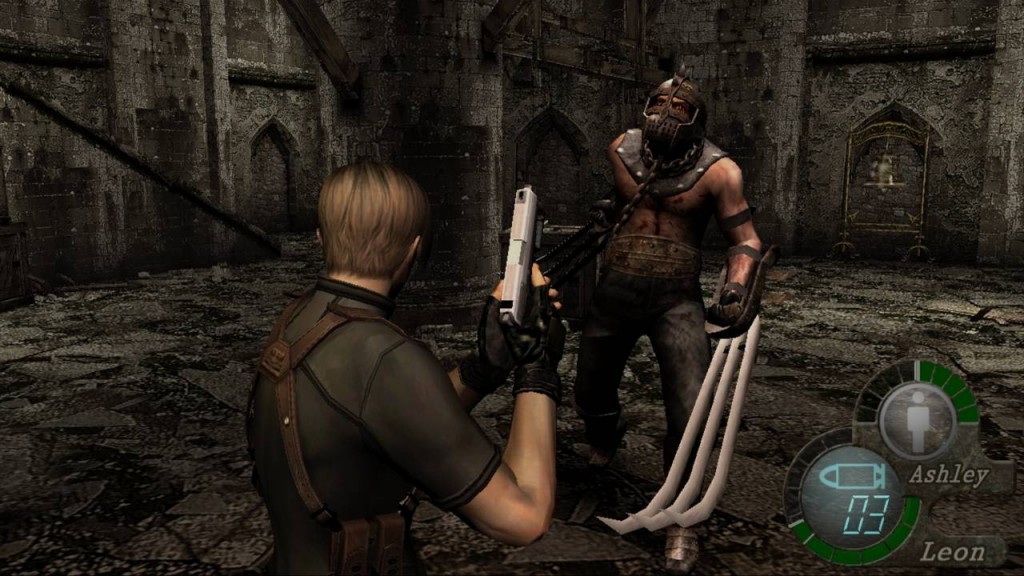 Let’s be honest here. How many times did you finish Resident Evil 4? You know what? It really doesn’t matter because it’s time for another playthrough of this amazing game. This is the HD Remastered version of the game; you won’t find completely different assets or new voice actors here, but it is just a jazzed up version of the original, with Achievements and Trophies. Considering most of the good games from the PS2 era are getting HD re-releases, Capcom joins the bandwagon with this legendary game.

So, is it worth your money? If you are a PS+ subscriber, it most definitely is. I mean, for $10/Rs 500, you shouldn’t be reading this at all, go buy it. For the plebs, who have to pay the full price i.e $20/Rs 1,000 or 1600MSP, read on. Considering the design changes made in Resident Evil 5 with the co-op mechanics, it feels nice to go back to this game, and it’s great to know that the gameplay still holds up even now. Someone who is new to the Resident Evil series will not find the controls easier and a bit inconvenient, and hence, the high learning curve, which the fans do not have to deal with. Once you are past that stage, the core gameplay will not disappoint you. 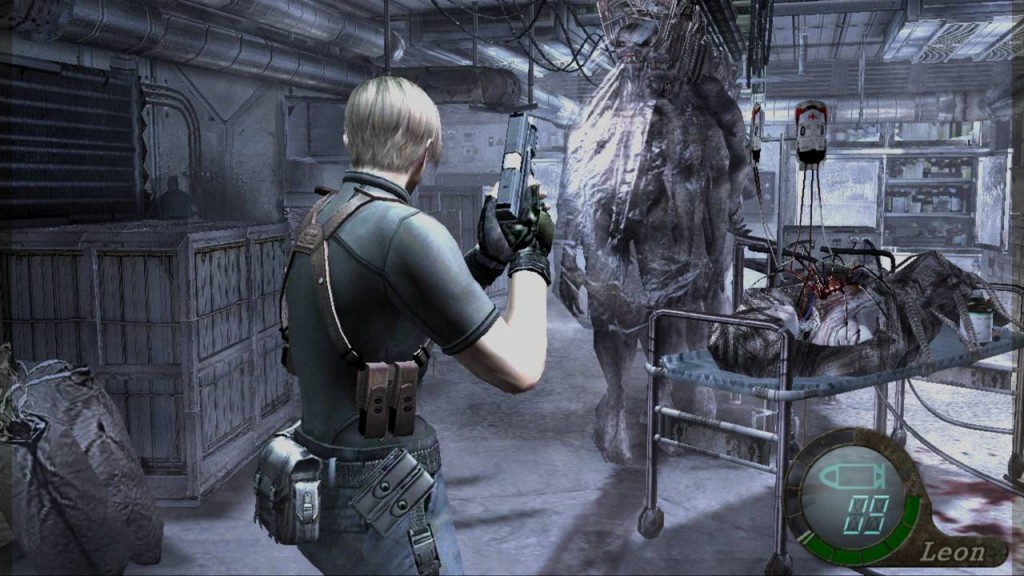 You play as Leon S Kennedy, the guy who makes girls swoon over him and kicks zombie asses. What more could you ask for in a main protagonist in a semi-horror game? Well if you want more polygons, then you may be a little disappointed with this HD Remaster, because, it’s a quick cash-in. The game looks slightly better with less jaggies, but the textures remain the same. There is no special save feature here, you still need to save at the typewriter and playing this on your PS3 or Xbox 360 will instantly make you nostalgic if you played this game 7 years ago. That’s a good thing, because it is the hallmark of an excellent game.

The story is pretty straightforward; find Ashley, the President’s daughter and retrieve her. You will encounter plenty of gorgeous environments, horrifying creatures and some interesting puzzles. If you have played Resident Evil 5, then the inventory will be familiar to you. You can store a limited number of items and can gain health by consuming green herbs. You can also combine items, which includes the different types of herbs you find to increase the health restoration potency, or give you additional bonuses. The main issue here is the controls, as they are untouched and can be very annoying to a new comer to the series. In the PS3, the analogue sticks are too sensitive which results in less accuracy. But it is so satisfying to shoot the limbs or weapons off an infected’s hands, resulting in some incredible gameplay moments. 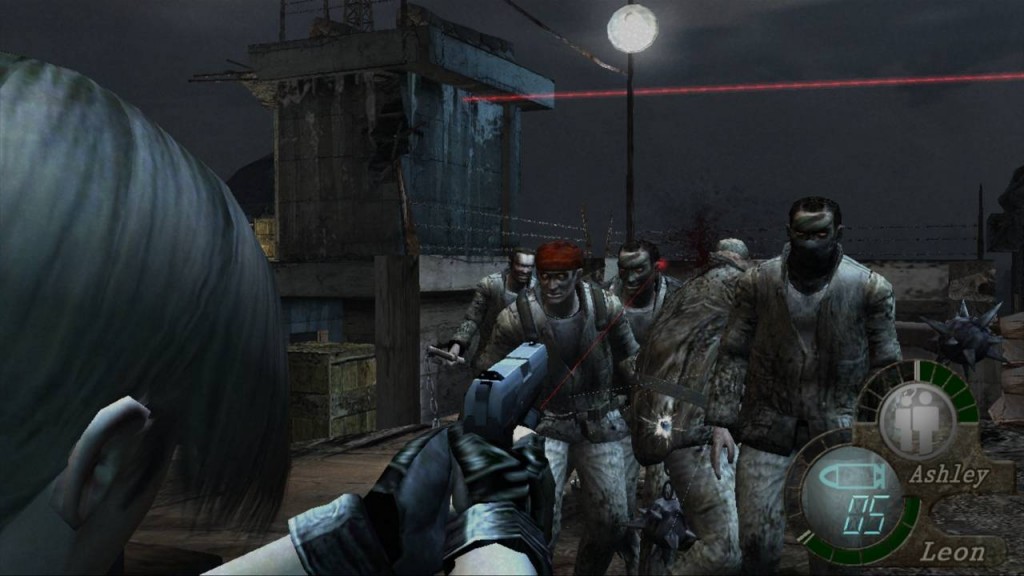 The AI is the same and follows a specific pattern. If you haven’t played the game before, it’s time to learn their attack patterns. It’s not that difficult to dispose of them once you do that. The game is quite long, so you will most probably get used to the gameplay mechanics in a few hours. The quality of the Remastering could have been better, especially when you see some amazing collections like ICO/SOTC or Halo Anniversary. Capcom should have done a lot better here, since this game deserves to be treated with respect. I’m not all that disappointed though, because some areas look good, especially compared to the PS3 version, but mostly, you will hardly find any improvement.

There are some amazing boss fights here, which is sure to shock the new players, combined with some interesting characters. If you have never played Resident Evil 4 before, then it’s time to pull out that credit card or anything you have, to buy this on PSN/XBL. This game has to be experienced because it’s the best in the series. Resident Evil 5 is much superior but that was expected, however, when it comes to gameplay mechanics, this game hasn’t been topped yet. It will be interesting to see how the next game in the franchise compares to this. But for now, even for the fans, the digital version of Resident Evil 4 HD is a must have in your collection.

Poor controls, shoddy Remastering, lack of additional improvements to the save system

Final Verdict:
SUPERB
It's Resident Evil 4, so even the poor effort from Capcom is somewhat forgiven. The game is a timeless classic and should be played by everyone. This digital version on PSN/XBL will make it convenient for you to relive the memories again.
A copy of this game was provided by Developer/Publisher/Distributor/PR Agency for review purposes. Click here to know more about our Reviews Policy.