Capcom's highly anticipated survival horror remake is due out for PlayStation 4 and 5, Xbox Series X/S, and PC in March.

It also seems like Ashley Graham is being played by Nicole Tompkins, who portrayed Jill Valentine in the Resident Evil 3 remake.

Leaker AestheticGamer reported that there were "definitely implications" of a press event for the survival horror title last month.

The three major sections of the survival horror shooter – the village, the castle, and the island – will all be present in the remake as well.

Resident Evil 4’s Development is “in the Final Spurt”

Capcom's survival horror remake is due out for PlayStation 5 and 4, Xbox Series X/S, and PC in late March.

Capcom has dropped a sizeable chunk of new details on the highly-anticipated remake.

The development team looked at "what people thought was good" with the Resident Evil 2 and 3 remakes, and what "could've been done better." 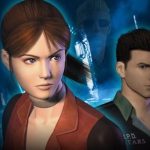 Next year's Resident Evil 4 will be Capcom's third Resident Evil remake in four years, but it doesn't look like Code - Veronica is next in line just yet.

Minimum and recommended requirements for the upcoming remake are almost exactly the same as they were for last year's Resident Evil Village.

Those who purchase either edition will receive numerous in-game outfits, weapons, and the option to swap the soundtrack with the original game.

Capcom's upcoming Resident Evil showcase is apparently going to be a packed one, at a runtime of just over 57 minutes.

Recently announced for PS4, Capcom's remake of the classic survival horror may also launch for Xbox One, as per a new listing.

The survival horror remake will also launch for PS4 in addition to current-gen platforms. Capcom has also announced a new Resident Evil Showcase.

Here's some of the changes we're hoping to see in the upcoming RE4 remake.

As you'd expect from a remake of a nearly two-decade old game, the upcoming Resident Evil 4 has made some huge leaps over the original.