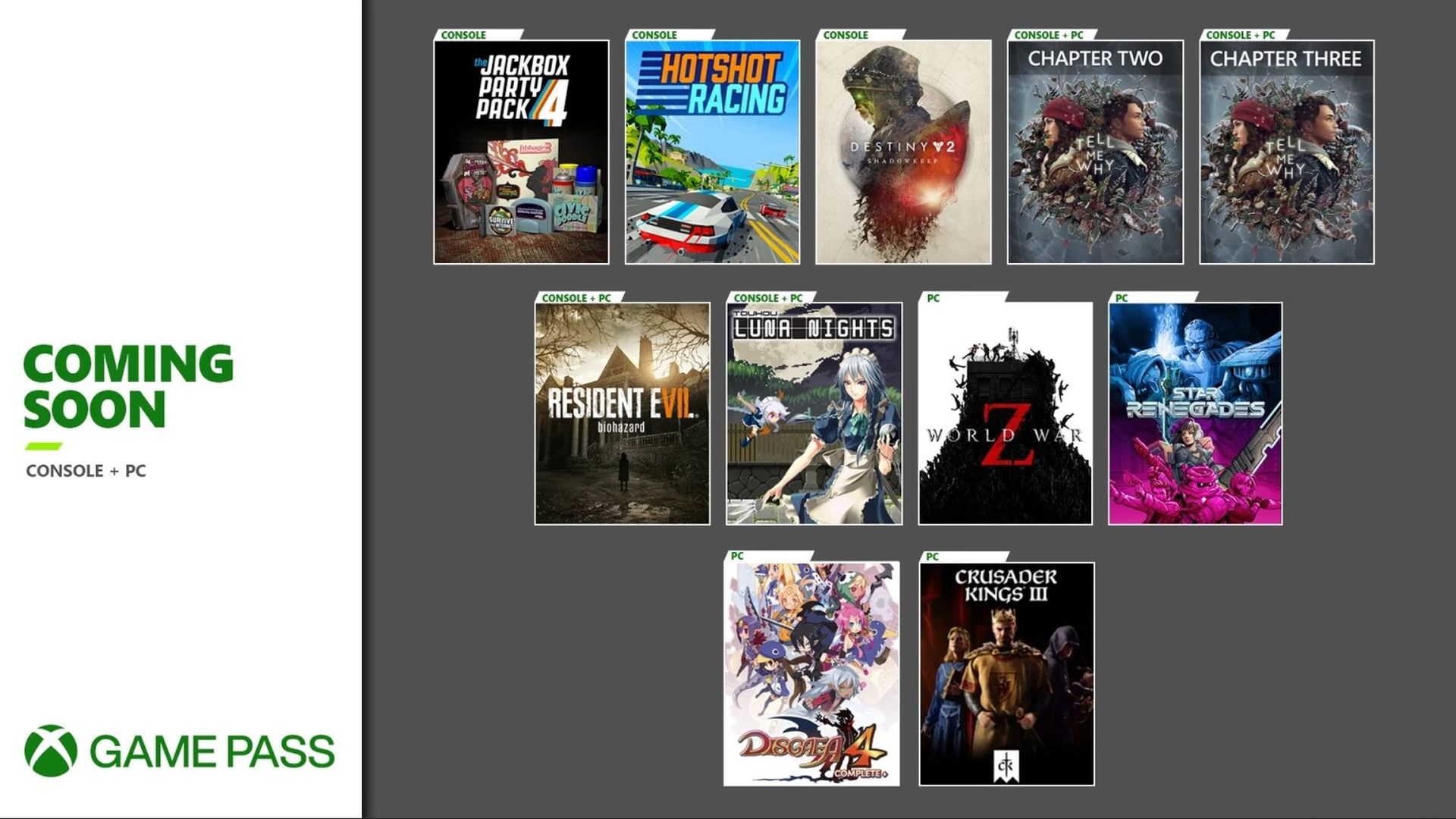 It’s a new month, which means new Game Pass offerings for Xbox One and PC subscribers. Microsoft has released details on new and upcoming titles for the service, starting with the critically acclaimed grand strategy Crusader Kings 3 from Paradox Interactive. It’s out today for PC subscribers.

On September 3rd, Resident Evil 7: Biohazard, Tell Me Why: Chapter Two and Touhou Luna Nights will be available for both console and PC subscribers. Console players will get access to The Jackbox Party Pack 4 which contains serial different games like Fibbage: Enough About You, Survive the Internet and much more. With support for up to 16 players, it’s the perfect game for friends that’s not called Among Us or Fall Guys: Ultimate Knockout.

Destiny 2: Shadowkeep and Forsaken will be available for console users later this month though a specific date has yet to be mentioned. Age of Empires 3: Definitive Edition is also available to pre-install and will launch on day one for Game Pass in October.