Capcom hope to conquer the new frontier of gaming with the upcoming Resident Evil 7. 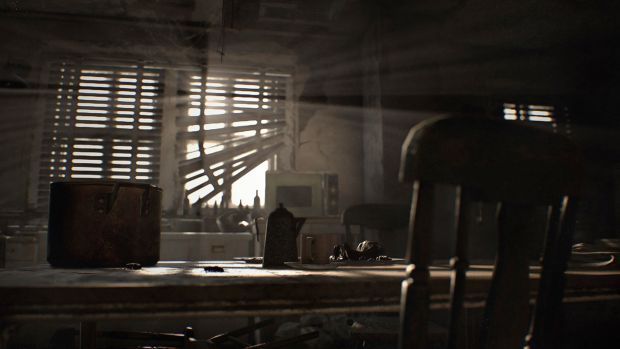 One of the defining features of the upcoming Resident Evil 7 is its VR compatibility, which will probably end up justifying the new paradigm of gaming far better than any other title has managed to do so far- after all, horror is naturally well suited to VR as a genre, and VR so far has lacked the backing of a big name game. Resident Evil 7 meets both requirements.

So it’s not a surprise that Capcom, too, have high hopes and aspirations from Resident Evil 7, at least as far as the VR functionality goes. In the company’s latest annual report, CAPCOM’s Managing Corporate Officer & Head of Consumer Games Development Division 1 Jun Takeuchi expressed his hope that the game will help Capcom conquer the VR market.

“I have strong feelings for this series, having been personally involved since the first game,” he said. “However, I am exceptionally enthusiastic about this new title. This is because this year, which some are calling “VR year one,” we will attempt to take the lead in this new market with Resident Evil 7. If we fail to deliver in terms of the game world or technology, we will be unable to create the kind of innovative game players demand. In order to succeed with both of these and take on the challenges in this new market, a balance between the wild instinct of inspiration and rationality of data analysis is indispensable. Being satisfied with the status quo means game over.

“Despite this difficult struggle, I am enjoying the challenge. Increasing the focus on fear, we will take you deeper into the world’s ultimate survival horror game.”

So far, it sounds like Capcom are serious about meeting this goal- they have famously adjusted the VR experience in the game based on feedback from the game’s E3 debut, for example. Will they succeed? In the end, I hope they do- I have a feeling VR will need Resident Evil 7 to succeed more than Resident Evil 7 will need VR to succeed.