Capcom have already confirmed that the upcoming Resident Evil 7 will in fact have combat, thereby dispelling one of the biggest fears that a lot of fans of the series had about the title. Given its first person perspective, and the emphasis that the trailers and showings of the game have viewed on exploration, there was a general worry that Capcom would downplay combat, long a series staple, entirely.

We now know that’s not going to be true, of course. In fact, speaking to GamingBolt in an interview, Producer Masachika Kawata confirmed that the game would offer a full ‘arsenal’ of weapons- though of course, there is going to be a catch.

“You’re going to be pitted up in situations where you’re still going to have to fight. You’re going to get a nice arsenal of weaponry. So that element you’re not going to see too much of a difference. The one thing I do want to point out though is the fact that the weapons aren’t going to be that easy to find. So until you find them and have that advantage you’re probably going to be running around considerably a lot more,” he said to GamingBolt.

Kawata statements fall in line with the screenshot below. It clearly shows that items and possibly weapons will be locked inside cages and that players will need to find ways to unlock them. Obviously this screenshot shows only one scenario and who knows what crazy puzzles players will need to solve to get their hands on more powerful weapons. All of this sounds excellent- the game should feel like it is a survival game, so making weapons harder to find is an excellent way to go about it. It will be a big departure from previous games where the game simply handed the weapons to player and that too without much effort. But at the same time, simply having combat be as integral is necessary, too. It sounds like Capcom may have struck the right compromise here. 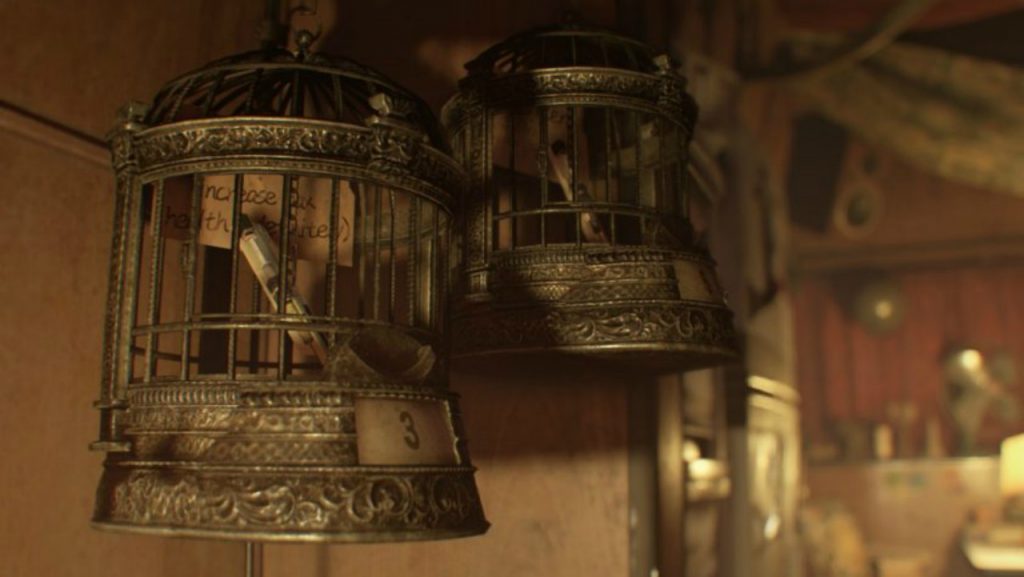