A path will open soon...

Has that finger in the Resident Evil 7 demo driven you mad, too? It probably has, hasn’t it? Just what is it there for? It has to have some use.

If you haven’t already played the Resident Evil 7 demo, then you probably don’t know what I am talking about, so let me back up some and explain: in the demo, there is a mannequin’s finger that you encounter that seems to do absolutely nothing. As in, it literally is absolutely useless, it seems to be good for nothing.

However, it turns out that it may have some use in the final game once that launches after all. Today, Capcom sent an image that suggested that the final game will see some use for the severed finger- though what that could be, I can’t tell (and I really don’t want to think too much about it, any use for a severed finger, even a mannequin’s finger, is almost certainly grotesque). 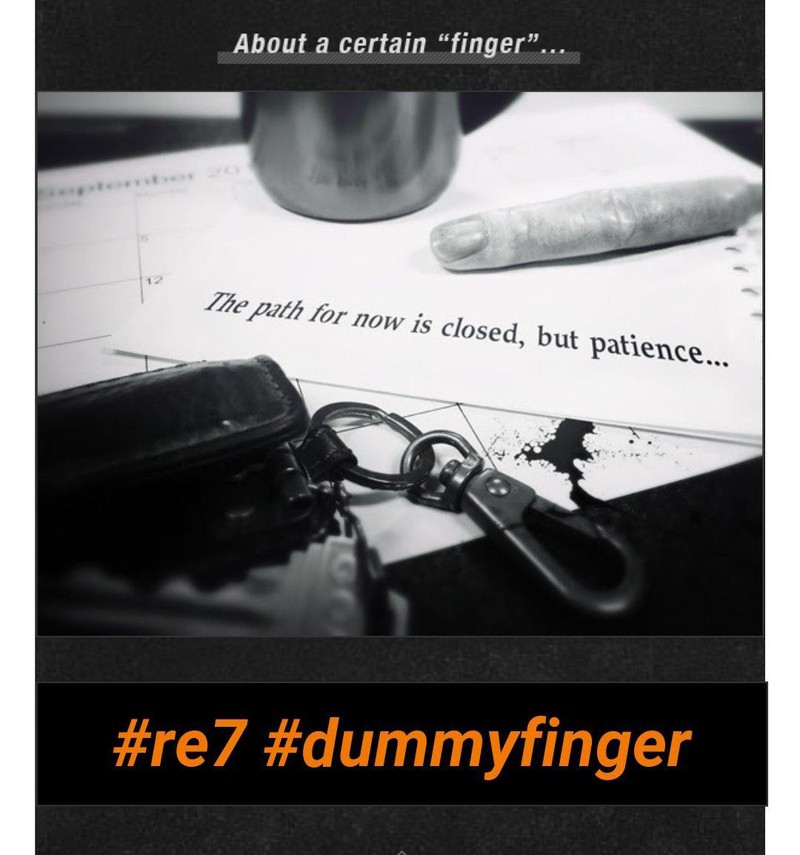