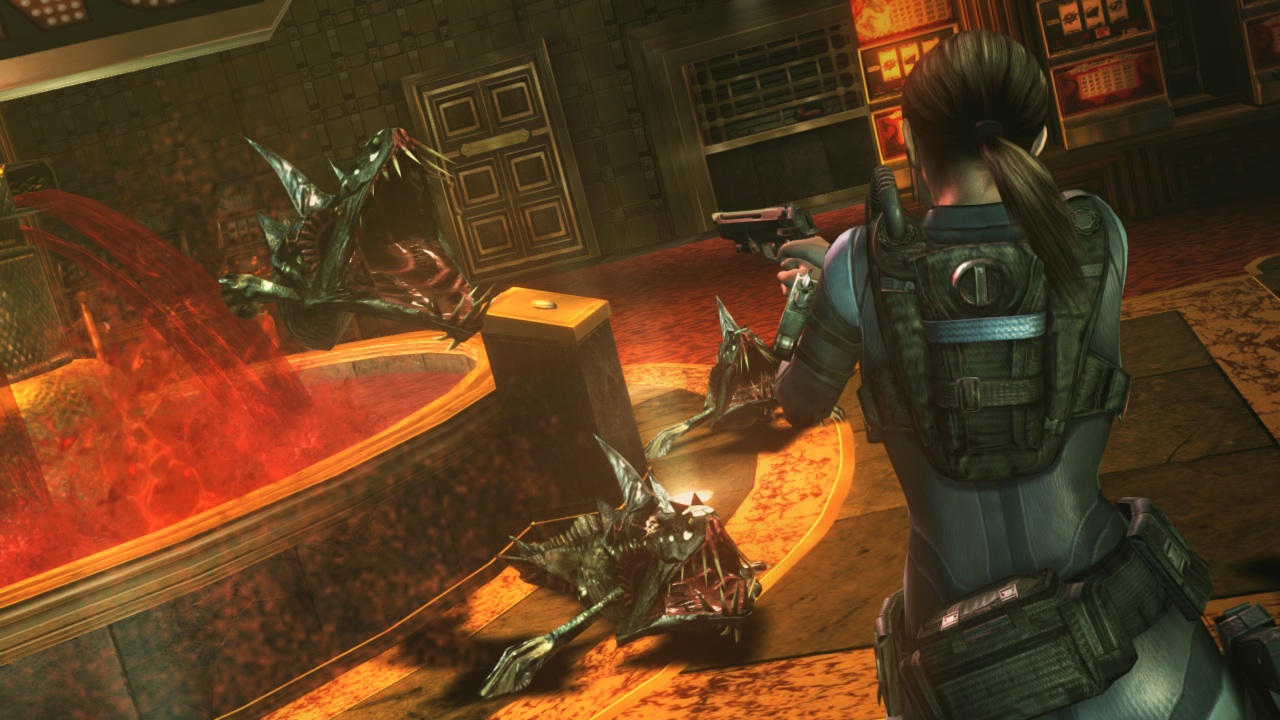 The upcoming Resident Evil: Revelations, after a successful run on the Nintendo DS in Japan, will be arriving in North America on May 21st and in Europe on May 24th for the Xbox 360, PS3, PC and Wii U. Among with improved graphics and additional content, the game will feature new additions to the Raid Mode.

Raid Mode is pretty much the Horde gameplay type of Revelations, and Famitsu has confirmed that it will feature more than 10 playable characters to wreck things up. One of those playable characters, Hunk, has already been revealed and comes with his own set of attacks and equipment.

Interestingly, not only will Raid have many different features but even the Story Mode will be mixed up a bit with items in different places.

Finally, for those who purchase the game early, there’s a DLC pack containing three special weapons that can be used in both Story and Raid Mode to even the odds.