Here are some of the cooler (and crazier) mods for Capcom's latest.

Resident Evil may have started out as a console-exclusive franchise but with subsequent PC ports and new release, it’s developed quite the modding scene over the past few years. This was best seen in Resident Evil 2 from 2019 and Resident Evil 3 in 2020, from replacing Mr. X with Pennywise from It to replacing all of the regular zombies with Nemesis.

With Resident Evil Village recently being released, it doesn’t quite have the same range of mods just yet. Nevertheless, there are quite a few decent options available, whether it’s providing fixes or revamping the appearance of certain characters. Let’s take a look at ten mods that are worth using.

Much like previous iterations that were released for Resident Evil 2 and 3, Fluffy Manager allows for managing and installing mods for Resident Evil Village. Such is its usefulness that many other mods require having it installed beforehand. Along with providing a mods list and setting the priority for different mods, it also lets you directly download mods within the manager. Some of the more underrated options go beyond just managing other mods – you can adjust the field of view for regular exploration and aiming along with disabling the vignette effect and HUD. For those who have found Village’s FOV to be too restrictive, this presents a nice option on top of everything else.

If you want even more control over the field of view in-game, then Maceyaface’s Lazy FoV and Vignette Fix mod should do the trick. It offers sliders for the field of view and vignette effect with the game updating in real-time as you change settings. There are separate sliders for the base FOV, zoom FOV and vignette along with the option to turn off the fix when cutscenes are playing. Though the mod will remember your settings when booting it up, you can also have it edit the game’s file directly. This makes it so that you only ever have to run the game instead of managing mod settings separately.

What if Chris Redfield didn’t just invade the Winters Home and kidnap Rose? What if Chris was there, albeit in Rose’s place? What if Chris came to rescue baby Chris? Modder JTegh sought to answer these burning questions by modding Chris’s face onto baby Rose’s body. Even the facial expressions work because of course they do. Fluffy Manager is required to be installed to run this mod so have that ready beforehand.

The replacement isn’t perfect – because of course it wouldn’t be – but it is a testament to just how ridiculous the Resident Evil modding community can be sometimes. What’s next? Modding baby Rose’s face onto Chris’s body? 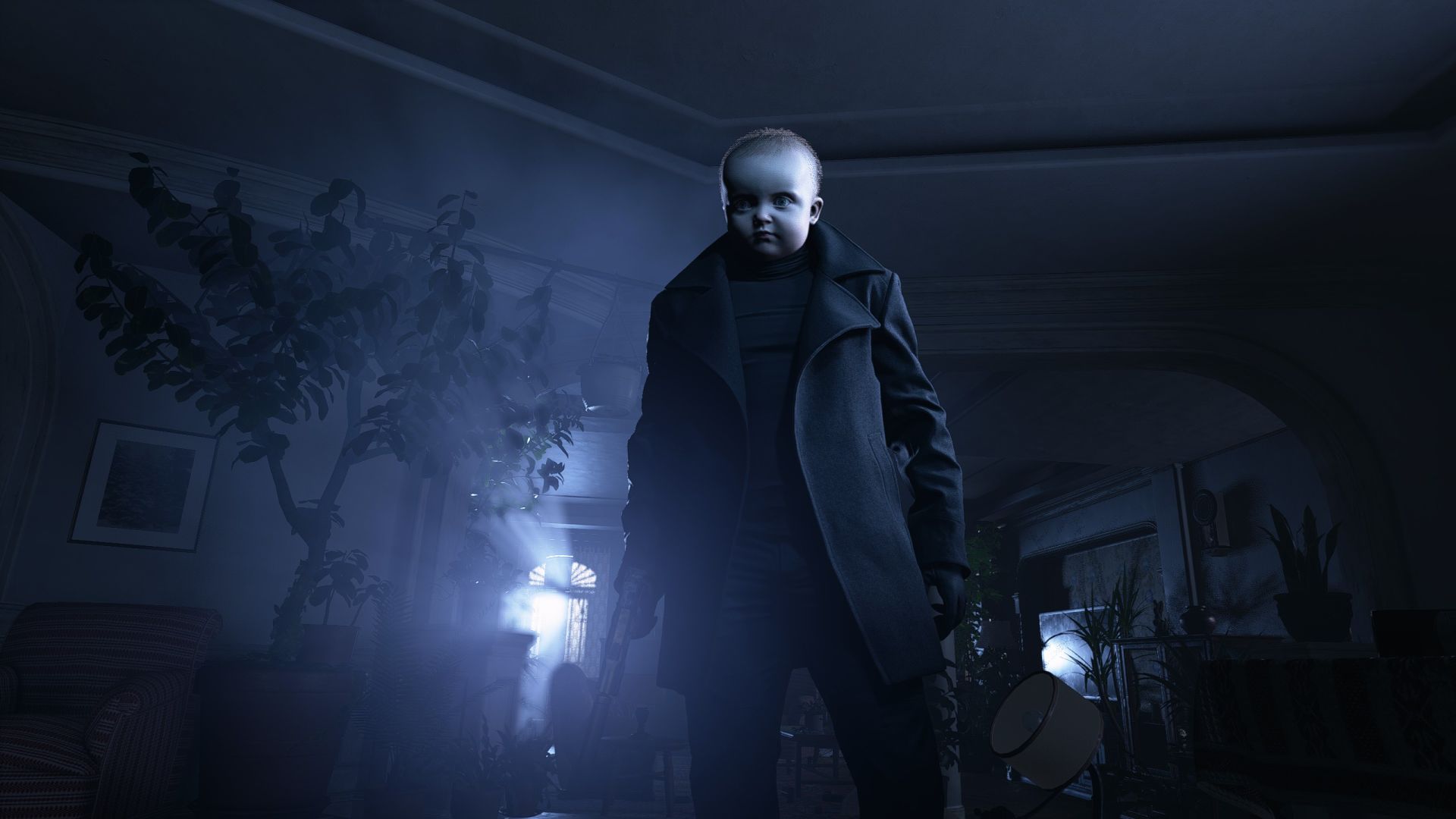 Of course the next step was modding baby Rose’s face onto Chris’s body, though it only really works in the prologue. Modder JTegh is once again the culprit, though the mod was only created after the success of the Mini Me Chris mod. Facial animations apply here, allowing this version of Rose to emote just like everyone’s favorite brooding Redfield, though the eyes remain static throughout. Still, seeing Chris with that face saying “Ethan, no!”, that too while holding Mini Me Chris in his arms, is a surreal yet endearing bit of humor.

Bela, Cassandra and Daniela don’t take up too much screen time in Castle Dimitrescu, but for the most part, it can be tough to tell them apart due to all the flies buzzing around. xRaq’s Daughter Flies Removal mod “removes” the flies, providing a much clearer look at each daughter. This is nothing more than a cosmetic change to help better appreciate the detail and animation work on display. Since the flies are still being rendered (but aren’t visible), those having slight performance issues may not see any improvements.

Fresh off of stints in Fallout 4 and Kingdom Hearts 3 of all games, the terror that is Thomas the Tank Engine comes to Resident Evil Village. However, he does so in the form of Lady Dimitrescu, utilizing the same facial animations for some truly terrifying moments (especially with how wide-eyed the whole deal looks). It’s not necessarily the best implementation – the mod tends to bug out at times, making it seems like Dimitrescu has no head at all. Still, seeing Thomas with a full set of teeth while smiling and stalking us with the form of a near 10 foot tall vampire lady is probably something we didn’t need in our nightmares.

Throughout Castle Dimitrescu, you’ll find various suits of armor. They don’t really do anything but they add a cool medieval vibe to the surroundings. If you truly can’t get enough of Lady Dimitrescu though, then there’s a mod by xRaq to replace the armors with her likeness. Yes, the result looks more like a statue than a proper suit of armor and her claws being exposed may come across as a bit much. But they fit in rather well and look incredibly detailed so there is that. 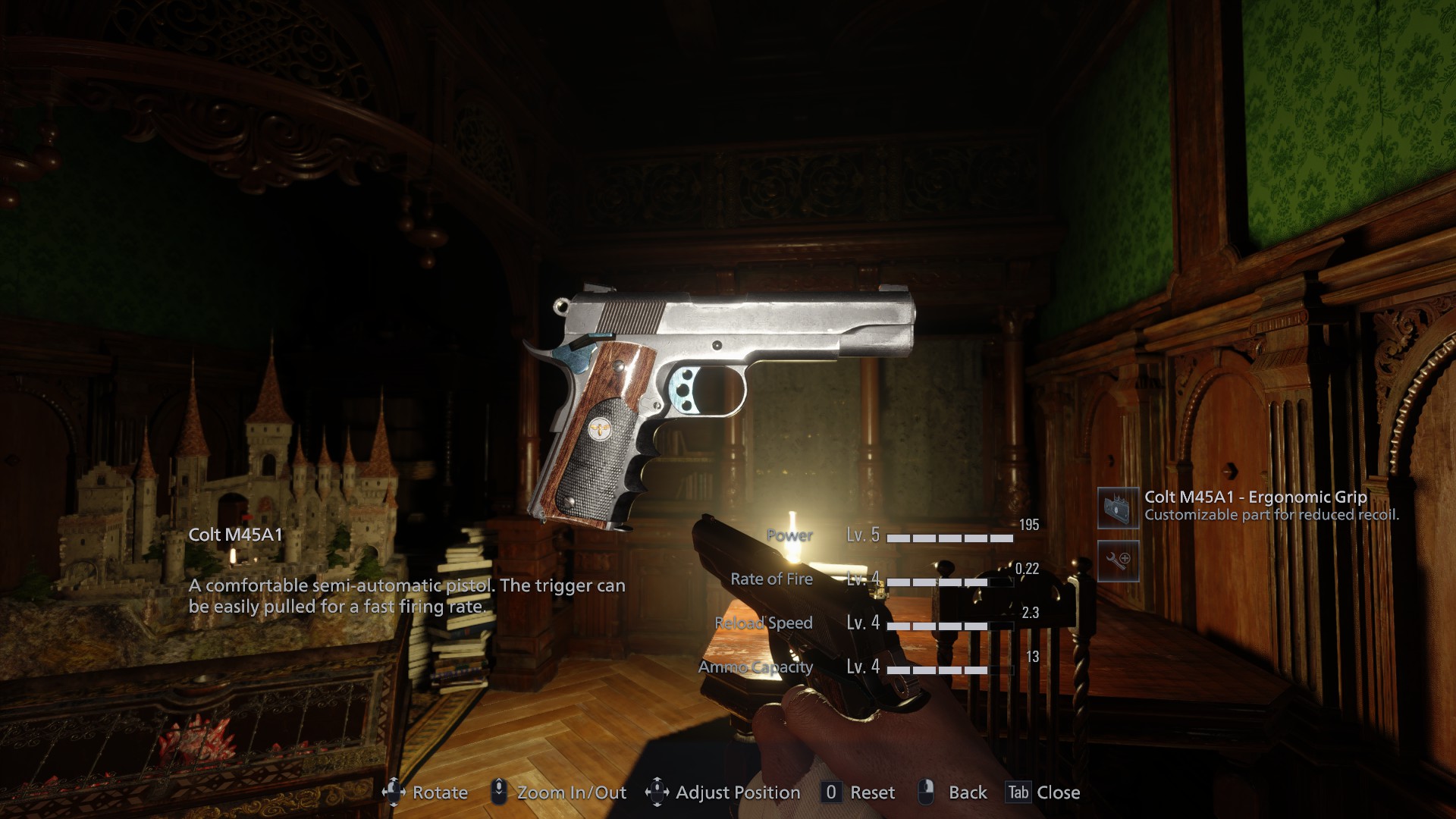 If you’re one of those people who sees a real world firearm in a game and can’t reconcile with its fake name, this mod is for you. Created by ReapMcMuffins, it replaces the in-game names of various guns with their actual names. The F2 Sniper Rifle becomes the MAS FR F2; the M1911 handgun becomes the Colt M45A1; and the WCX is renamed to the SIG-Sauer MCX VIRTUS SBR. While not the most polished mod – since it was put together relatively quickly – it does add that extra bit of realism to the experience.

There are numerous moments and sequences, not to mention gameplay elements, that will call back to previous titles. However, there’s one missing element that lends that last bit of authentic RE terror – the start-up screen with the message “This game contains scenes of explicit violence and gore.” Thanks to modder boycalledjames, you can add the classic message to greet you every time. Even better, it’s available in multiple languages including English, French, Italian, Spanish and so on. 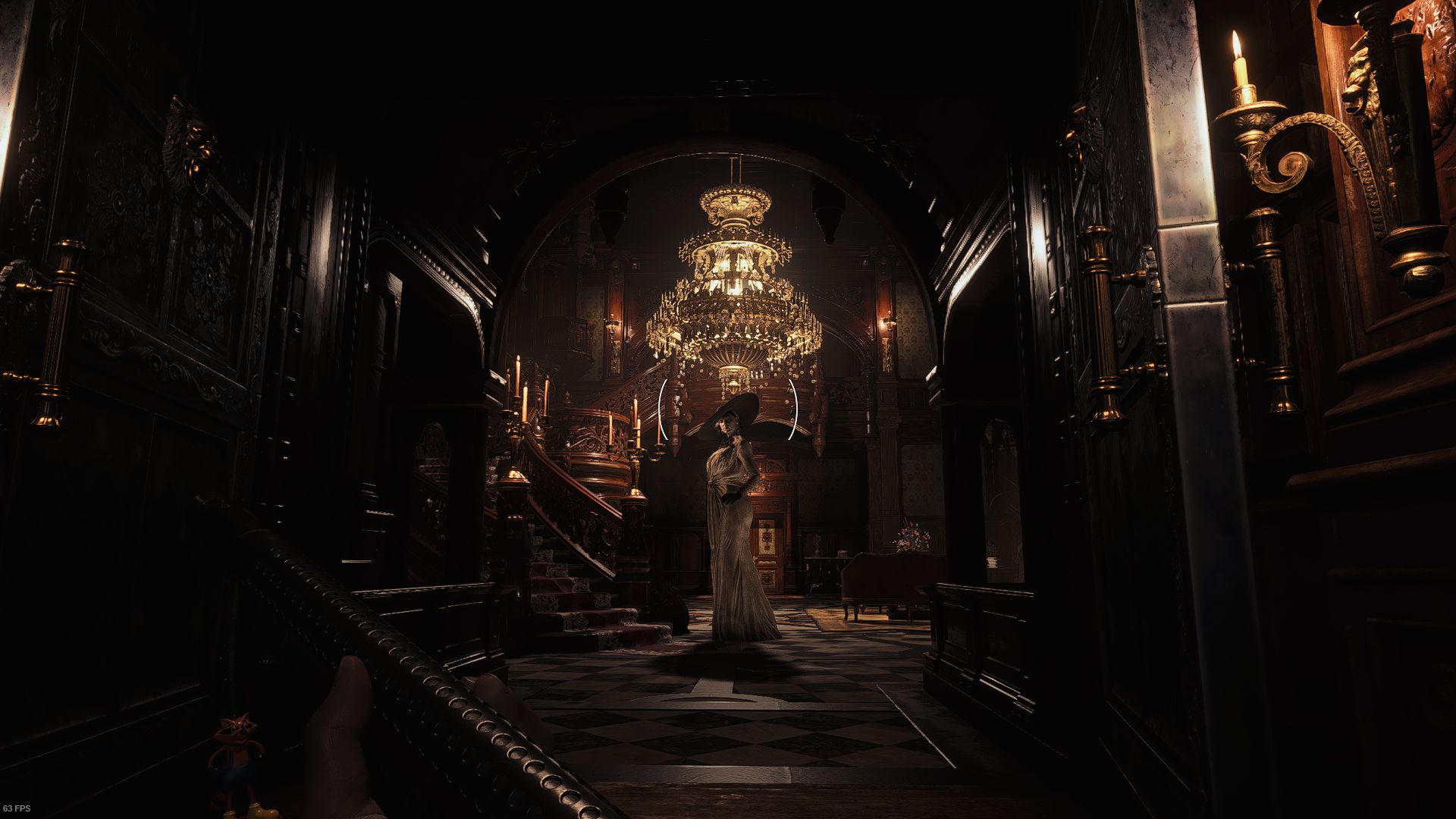 Don’t have an HDR monitor but still want to experience the sensation of playing in HDR? The RE VIII – HDR FX mod by Vanguard1776 does just that. Sort of. It’s essentially a ReShade mod that adjusts the visuals, giving them an effect that resembles HDR. The results are interesting with lights popping more, black shades looking much deeper and everything coming across as more vibrant. Along with the option to toggle effects, there’s also one for enabling Depth of Field. Considering the modder’s ReShade work on previous titles, it’s worth checking this one out, even if you just want a different look to the game.