Retro City Rampage is a parody of the open-world action genre.

It takes modern game mechanics and mashes them into an 8-bit experience. 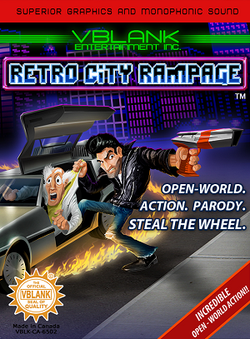