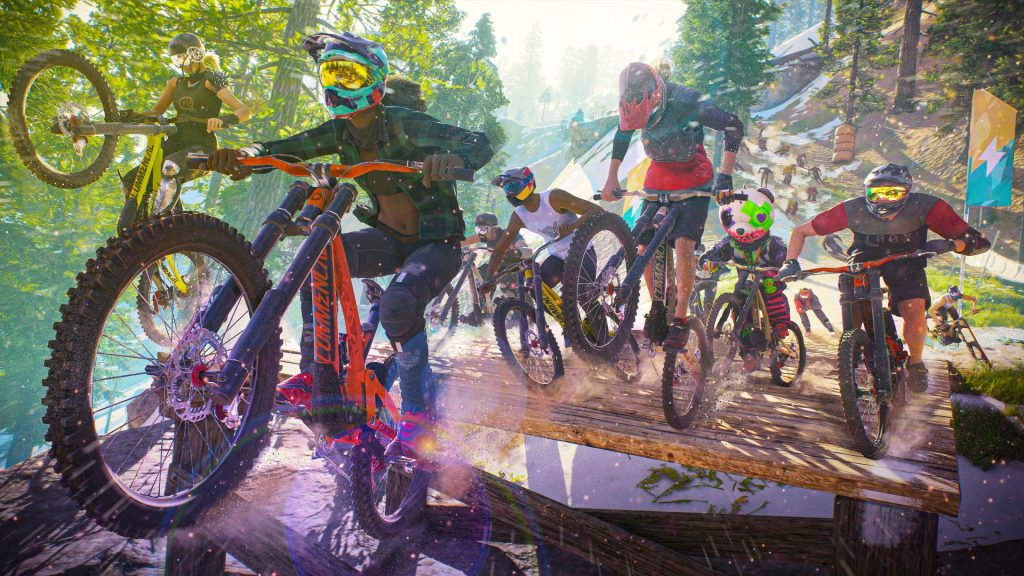 Though Ubisoft’s pivot to free-to-play games with the likes of Tom Clancy’s XDefiant and Ghost Recon Frontline has disappointed many people, the publisher still has some interesting looking premium releases coming up. One of those is multiplayer open world extreme sports title Riders Republic, which is out later this month. To celebrate its imminent launch, Ubisoft has released a launch trailer (albeit not one where you should go in expecting to see a lot of gameplay). Check it out below.

Riders Republic will put players in a massive multilayer world with will be teeming with all sorts of extreme sports activities, including bike races, snowboarding, gliding, and more. In addition to large-scale multiplayer modes across a number of activities, the game will also have an extensive campaign for players to dive into and see through to the end. Ubisoft also has plans to keep on adding to the game following its launch- read more about that through here.

Ubisoft has also announced a free trial week for the game leading up to its launch. From October 21 to October 27, the full game will be free for everyone to try out- but there’s a catch. There will be a time limit of four hours, though you can spend those four hours however you please. The free trials will be available worldwide and on all platforms, and progression will also be carried over into the full game. You can get more details on the free trial through here.

Riders Republic is out in a little over a week, on October 28. It will release for PS5, Xbox Series X/S, PS4, Xbox One, and PC.