RIFT: Prophecy of Ahnket Free For All Payers Till May 14th 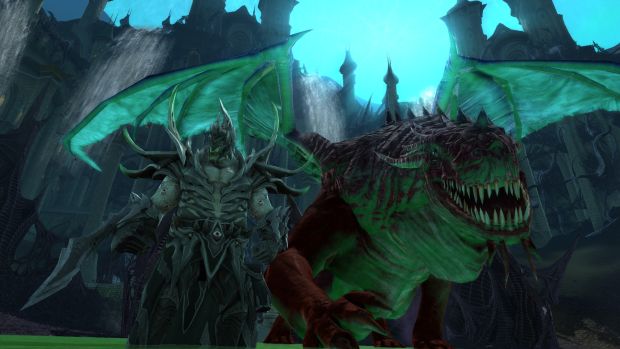 Trion Worlds’ free to play MMO RIFT is still very much alive and kicking with a new paid expansion called Prophecy of Ahnket now available. There’s a twist though – anyone who logs into RIFT till May 14th will receive the expansion for free. Permanently.

You’ll have to act fast though – after May 14th, it will cost $19.99. The expansion contains new zones, raids, a new level cap of 70, Legendary Abilities, new Eternal items, equipment enhancement through in-game trials and a new Looking for Raid feature.

There will also be a free Prophecy of Ahnket Cache given for free that includes various items and in-game rewards such as the Individual Reward Charges for the Looking for Raid system. Trion has also announced that the Ethereal Drake Mount, Asha Catari’s Raimnet and Ring of Ahnket Portrait Frame can also be purchased as part of the Celestial Adventurer’s Pack. The level 65 boost can also be purchased from the RIFT store for 6000 Credits.