Build a colony, deal with your colonists, and survive the random events that occur. 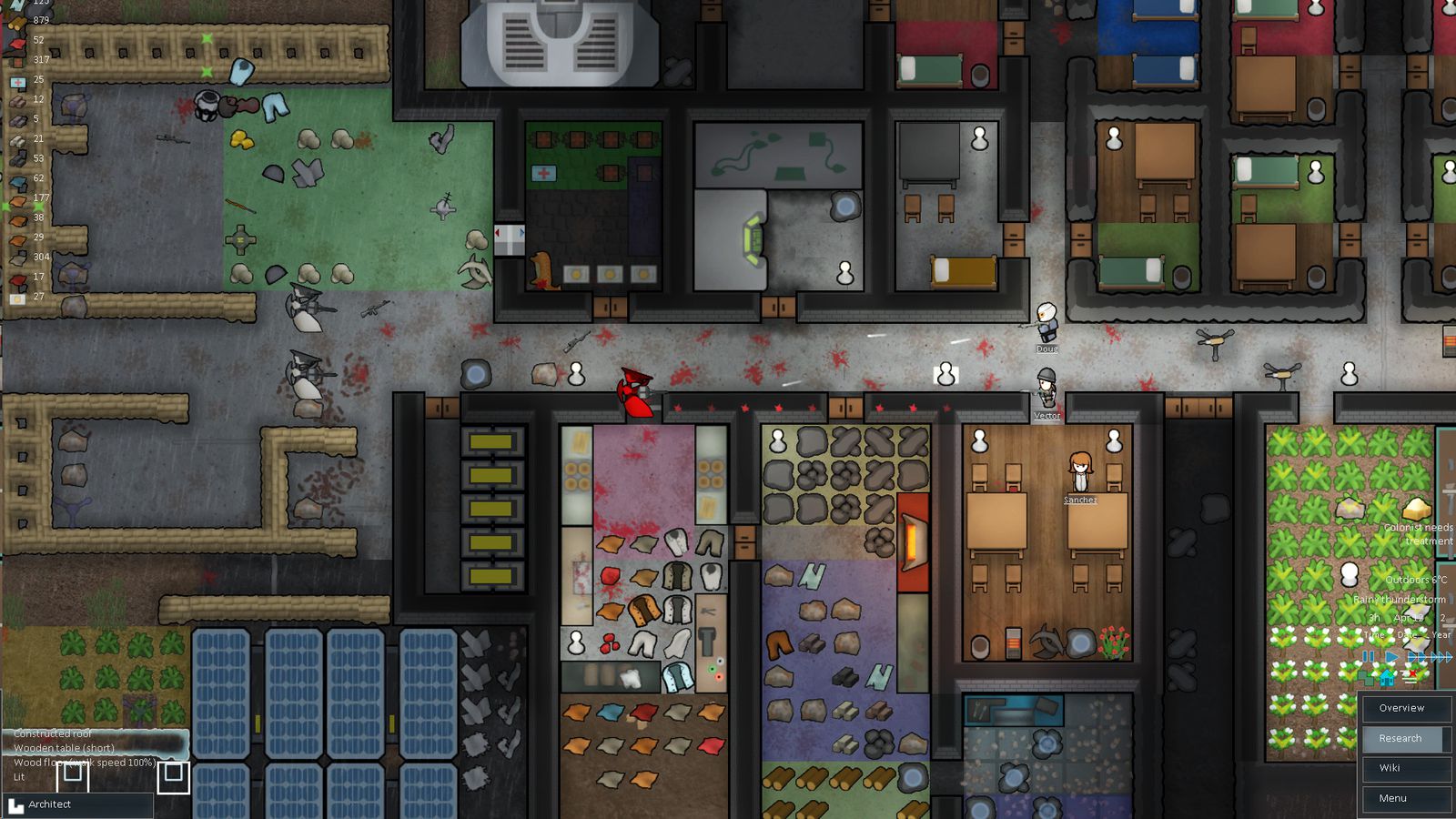 Ludeon Studios’ RimWorld, a sci-fi survival/base management title inspired by the likes of Dwarf Fortress, has left Steam Early Access and is available now for PC. Having begun as a Kickstarter project in 2013, RimWorld has gone on to sell over one million copies. Check out the launch trailer below for a better idea of what the game is about.

As three survivors of a shipwreck, you’re tasked with survival. That means building a base, hunting, farming, mining, and so on for resources (depending on your surroundings). Sooner or later, other colonists will join you, and each has their own character to manage. On top of repelling attacks from enemy factions, players will witness relationships formed and broken, and ultimately plot their escape from the world.

One of RimWorld’s biggest hooks is the AI Storyteller, a personality that affects the random events that occur. Three Storytellers – Randy Random, Cassandra Classic, and Phoebe Chillax – are available, and they bring random chaos, balanced difficulty, and a relaxing experience, respectively. If you already own RimWorld, then the 1.0 version is the same as Beta 19, but with tons of bug fixes and the ability to control the food that colonists eat.