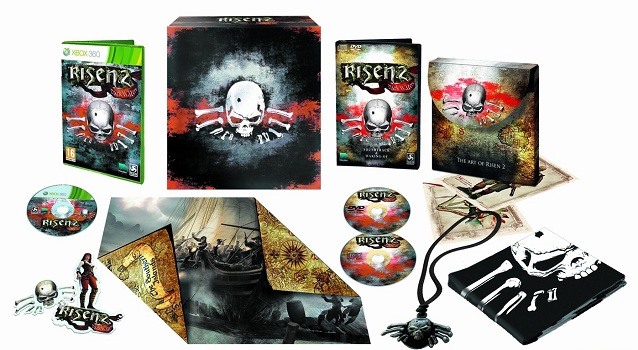 Loved Risen? Want to support the developers for Risen 2? Then this collector’s edition is full of win. Yes, this is one of the best collector’s edition I have ever seen, especially for an RPG. It features no bloated statue but the thing that matters the most. A Pirate Flag! Who wouldn’t want that, ye?

There are some other cool things that will be available with the CE which you can check out below.

These are the collector’s edition contents: