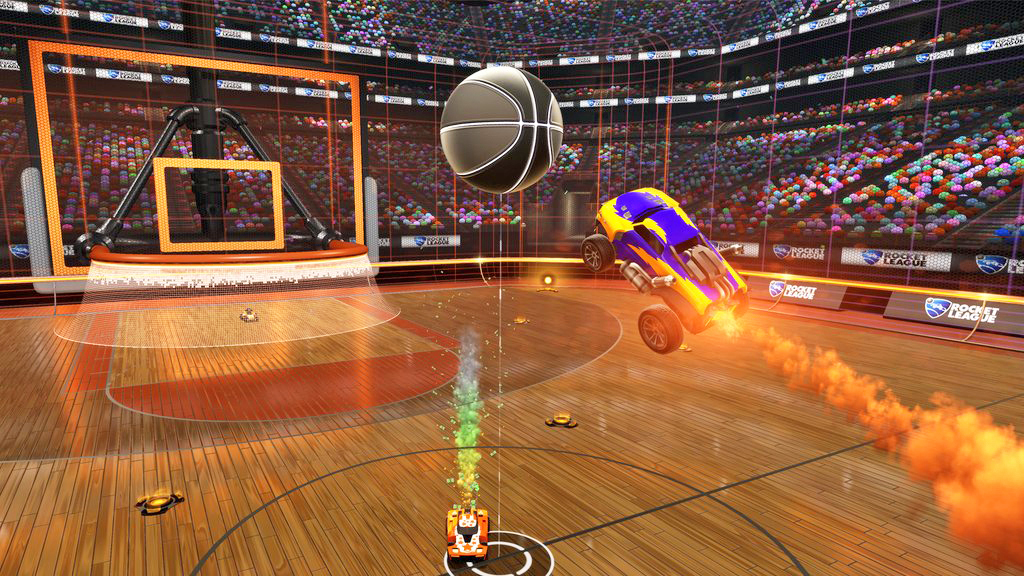 Psyonix’s latest mode Hoops for the highly addictive Rocket League is now live. It was originally planned to release on April 26th but the developer decided to release it a day early.

As revealed on Twitter, the update started rolling out at 4 AM PST on PS4, Xbox One and PC. Depending on your time zone you may have to wait a bit to download it but it should be available for all regions worldwide currently.

Hoops essentially adds a new basketball mode to the game with its own unique map, items and much more. Some of the new car accessories include an antenna based on The Witcher‘s medallion, flags from NBA teams and much more (that can be purchased of course).

Rocket League has been doing pretty good business as of late with 14 million registered players and even more arriving in droves. What are your thoughts on the new Hoops mode? Let us know in the comments below and stay tuned for more.