Rocket League is celebrating 60 years of James Bond with a new car, as well as some returning Bond cars coming to the in-game Item Shop, priced at 1,100 Credits each.

The new update adds an additional feature to the report/block system, along with addressing crashes and bugs to make the experience smoother.

The racing-soccer hybrid game will be getting a new event called Neon Nights on 26 January. Themed around electro pop artist GRIMES, players will be able to earn in-game items.

Rocket League will be getting a next-gen update which also adds Ratchet and Clank themed cosmetics for free exclusively on PlayStation platforms.

Psyonix's multiplayer title could be getting native next-gen releases. 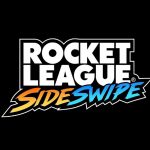 The free-to-play mobile title is now in limited alpha for Android in New Zealand and Australia.

As opposed to the Xbox Series X/S, 120 FPS require a full native port of the game on the PS5.

Rocket League Will Get a 120 FPS Update on Xbox Series X/S, But Not PS5

The sports title will have two graphics options on the Xbox consoles.

Rocketin' makes you feel so good.

You can also net a $10 coupon on the Epic Games Store by claiming the title.

Cross-platform progression, seasons, Competitive Tournaments, and more on the way.

Players have scored over 29 billion goals thus far in the action sports title.

The new pass comes with plenty of new material.

Get spooky with your little cars bashing together.

It seems Psyonix sees no value in these surprise mechanics.

In an unexpected announcement, the developer of the popular game is now part of Epic Games.