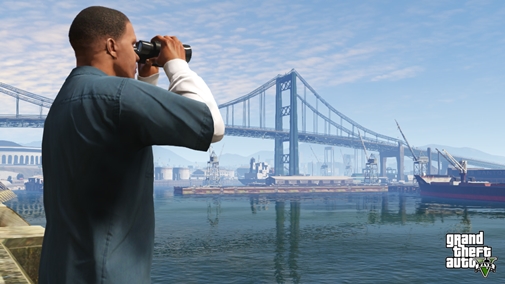 Grand Theft Auto V, if it hasn’t been said enough times, is the biggest game of the year and will end up being the biggest open world adventure Rockstar Games has ever created. With three controllable protagonists with their own missions, tons of new activities and combined heist missions – not to mention an enormous world consisting of Los Santos, Blaine County and a new underwater setting – that’s a whole lotta game we’re getting.

Rockstar Games has stated that GTA V will be shipping on two discs and requiring a mandatory install for both consoles. There’s been quite the outburst regarding the same, but Rockstar Games has tweeted a big enough justification for the large install size.

A bigger install means a bigger game. I don't know why some of you are complaining.

Good enough for you? More content means more of the game, which means more fun (if the game is good, of course). Grand Theft Auto V is set to release for Xbox 360 and PlayStation 3 on September 17th.