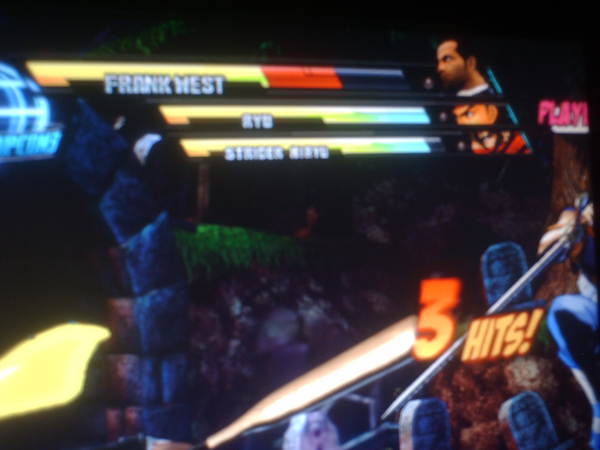 Alright well we already know that Jill Valentine from Resident Evil and Shuma-Gorath will be DLC characters for Marvel vs Capcom 3, free for people that pre-ordered the game.  Now it would make sense for Capcom to release more characters seeing as how well the game has done and is doing.  From the deepest darkest hole in the Capcom Headquarters sneaks out a pic of Frank West and Strider as characters in the game.. or maybe is just a fake pic with someone laughing it up somewhere.  Either way it seems perfectly logical and plausible for these characters to be added to the roster for DLC.  So you decide from the pic above that has been floating around the internet.