RUMOUR: Baldur’s Gate 3 on its way? 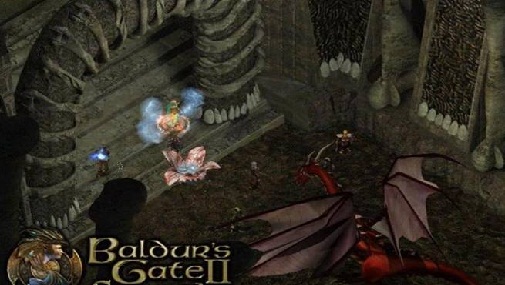 A new image of a skull has popped up on the site (pictured below), and the following words are written below it:

“The Lord of Murder shall perish, but in his doom he shall spawn a score of mortal progeny, chaos will be sown by their passage.”

So sayeth the wise Alaundo

This doesn’t exactly hint at a sequel, but the site’s sourc code was changed very recently. Have a look:

And then… it returned. Better than it was before.

The Infinity Engine, as we all know, is the engine that the first two Baldur’s Gate games were developed on. The text above seems to hint at a “return”.

The source code was updated again last evening, saying: “You haven’t guessed it yet.”

This ominous image appeared on the Baldur's Gate website. Does it mean anything?

For all we know, this could be a hack, but we like to be hopeful. However, it’s a little confusing- the rights for the Baldur’s Gate franchise still rest with Atari, the original publishers of the game back when BioWare was an independent developer. BioWare, which is now linked with EA, obviously won’t be publishing a third game even if it is ever released. Can we expect a new developer to take over the franchise?

It turns out after digging into the site that the domain is registered to a person named Trent Oster, an ex-BioWare employee who worked on the first Baldur’s Gate title. Beefjack approached Oster for comment, but he declined to reply.

However, when asked regarding the same by a fan, he replied: “Hopefully all will be made clear shortly.”

Looks like we might be hearing some good news soon. However, I’d take this with a pinch of salt right now. Stay tuned to GB, we’ll keep you updated.